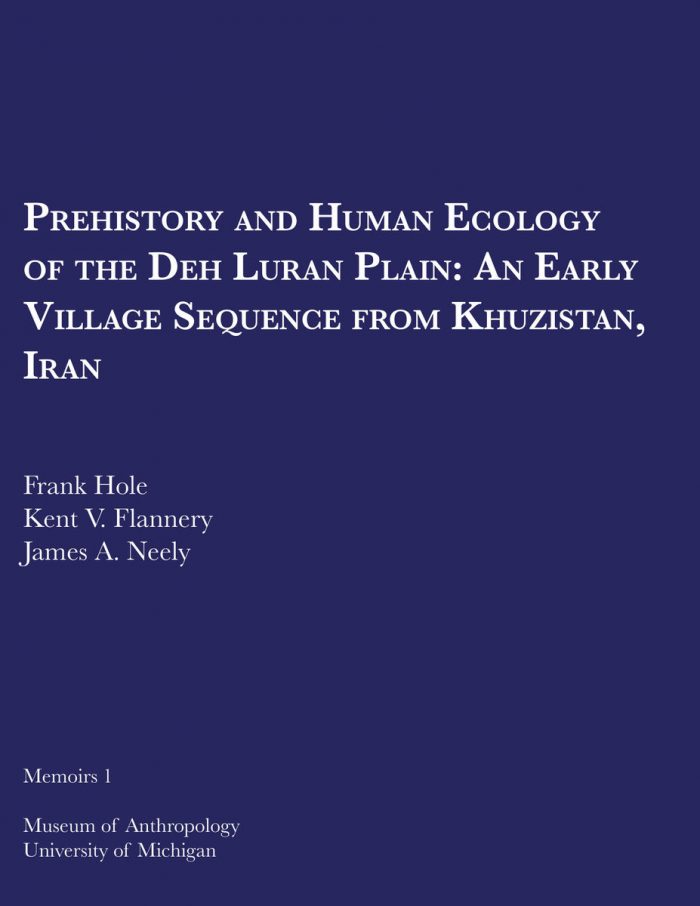 The Deh Luran plain is in the southwestern corner of Iran, in a region bordered by Iraq and the Persian Gulf. In the early 1960s, archaeologists Frank Hole, Kent V. Flannery, and James A. Neely surveyed the prehistoric mounds in Deh Luran and then excavated at two sites: Ali Kosh and Tepe Sabz. This volume describes the burials and artifacts found, including stone tools, clay and stone vessels, baskets and textiles, animal bones, and many other artifacts. The researchers found evidence that the sites dated to between 7500 and 3500 BC, during which time the residents domesticated plants and animals.

This volume, published in 1969, was the first in the Museum’s Memoir series—designed for data-rich, heavily illustrated archaeological monographs.