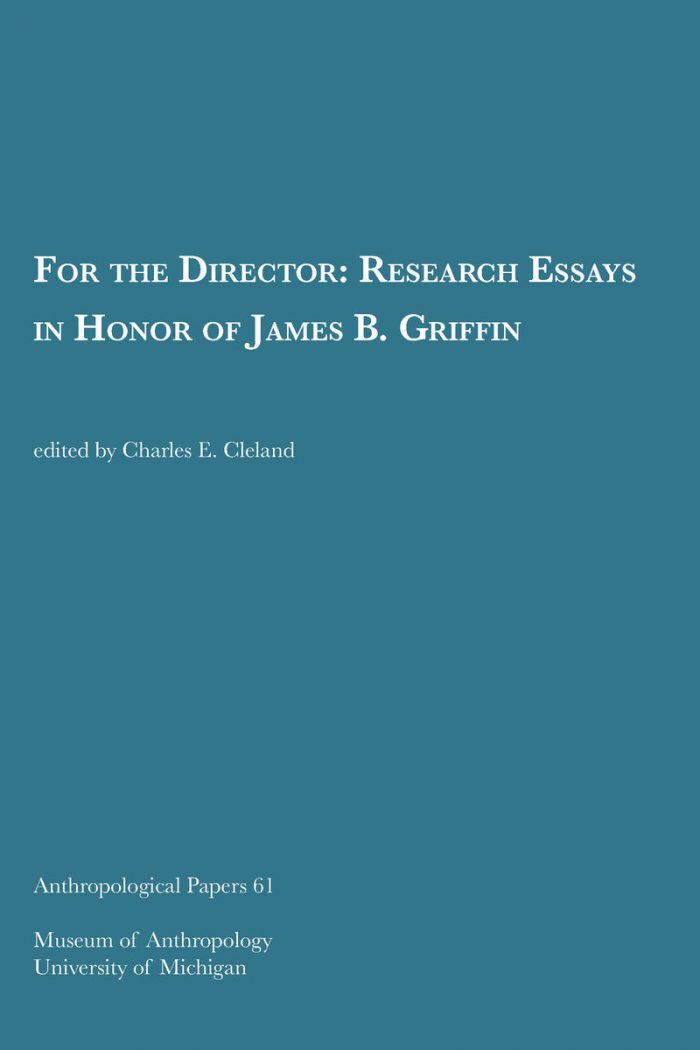 In 1975, James B. Griffin retired as director of the University of Michigan Museum of Anthropology. During his three decades as director and professor, he had become one of the leading archaeologists in North America and had tremendous influence over the next generation of archaeological research. To honor the man and his work, nineteen scholars contributed essays to this volume. Contributors include Ted Bank, Richard Wilkinson, Donald Janzen, George Quimby, and H. Martin Wobst. Richard Ford and Volney Jones compiled a guide to Griffin’s extensive published works.