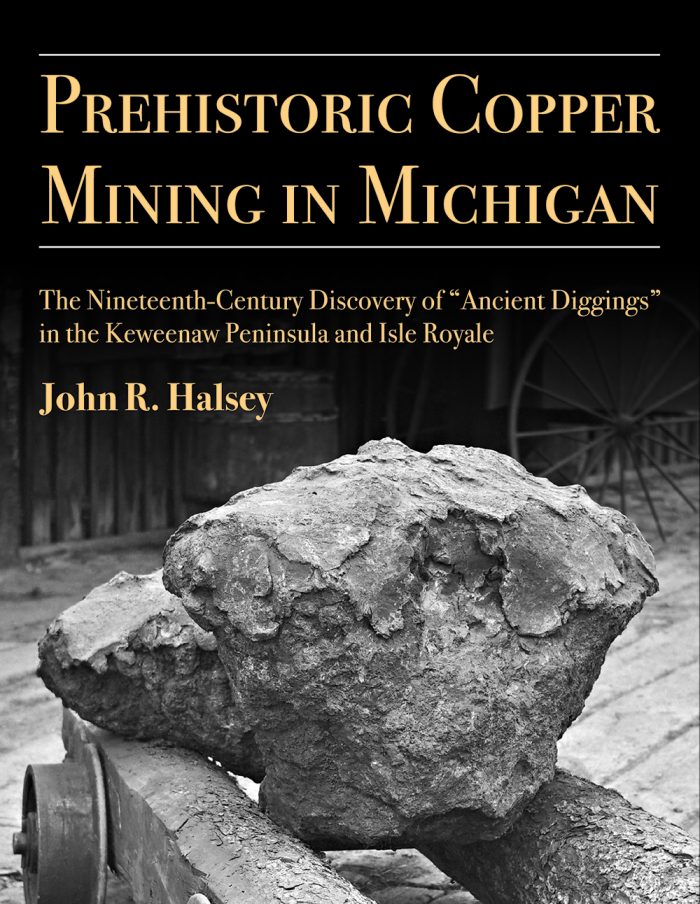 Isle Royale and the counties that line the northwest coast of Michigan’s Upper Peninsula are called Copper Country because of the rich deposits of native copper there. In the nineteenth century, explorers and miners discovered evidence of prehistoric copper mining in this region. They used those “ancient diggings” as a guide to establishing their own, much larger mines, and in the process, destroyed the archaeological record left by the prehistoric miners.

Author John R. Halsey, former state archaeologist of Michigan, uses mining reports, newspaper accounts, personal letters, and other sources to reconstruct what these nineteenth-century discoverers found, how they interpreted the material remains of prehistoric activity, and what they did with the stone, wood, and copper tools they found at the prehistoric sites.

“This volume represents an exhaustive compilation of the early written and published accounts of mines and mining in Michigan’s Upper Peninsula. It will prove a valuable resource to current and future scholars. Through these early historic accounts of prospectors and miners, Halsey provides a vivid picture of what once could be seen.”
—John M. O’Shea, curator of Great Lakes Archaeology