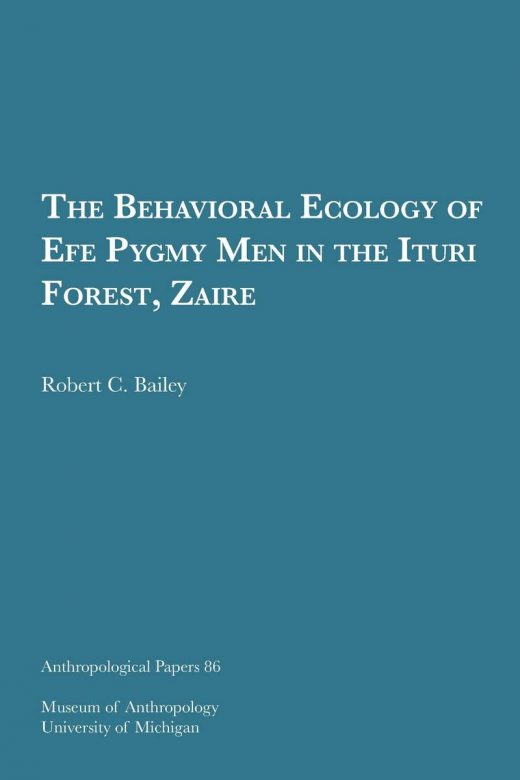 Robert C. Bailey reports on his observations of sixteen Efe Pygmy men in northeastern Zaire. Bailey lived and worked with the men and their families in the northern Ituri Forest from March 1980 to January 1982—his research was part of a multidisciplinary project called the Ituri Project. Bailey presents data on food production, subsistence behaviors, hunting techniques, relationships between hunters and village dwellers, and other aspects of the Efe society. Foreword by John D. Speth.