Our protein folding biosensors link the folding of an unstable protein Im7 to penicillin and cadmium resistance. We used them to demanded that E. coli fold Im7 in order to survive. The bacteria responded by overproducing a previously uncharacterized protein called Spy. We discovered Spy to be a very effective, cradle shaped ATP-independent chaperone that assists in the folding of unstable Im7 so much that its steady state levels increase up to 700-fold. Our folding biosensors thus provide a new route for the discovery of chaperones, and potentially other folding factors including proteases, and for the characterization of their in vivo networks.

and was favorably reviewed by the Faculty of 1000. 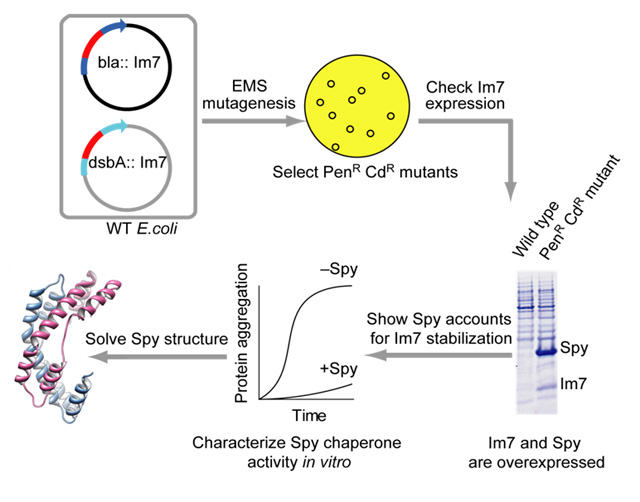