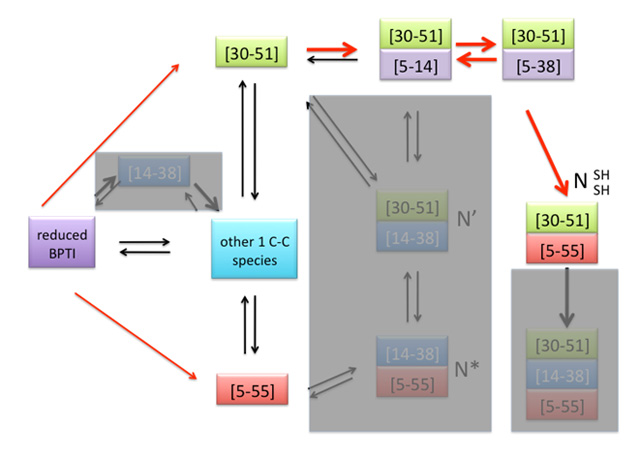 We have developed biosensors specific for disulfide isomerization and used them to evolve alternative pathways that work in the complete absence of the normal machinery for disulfide isomerization. They substitute the isomerase DsbC with the oxidase DsbA and the chaperone DegP. Our new pathway partially mimics, in E. coli, the mechanism used by eukaryotic protein disulfide isomerase. We are opening up new strategies to select for bacteria with an enhanced capacity to express multi-disulfide proteins of pharmaceutical importance. 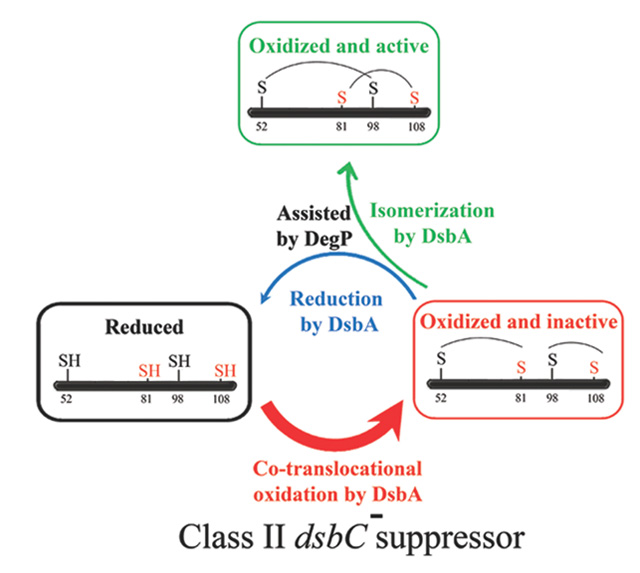 Evolving one isomerase into another

By reversing divergent evolution, we found that a very small proportion of the numerous sequence and structural differences between two distantly related protein disulfide isomerase proteins are important for their functional differences. Our findings strongly support the surprising conclusion that, for these two proteins at least, regions important in determining functional differences represent only a tiny fraction of overall protein structure and that most of the many structural and sequence differences are functionally neutral. In our case, laboratory evolution appears to have taken a direct route to convert one protein family member into another, bypassing the need for multiple changes taking place over ~0.5 billion years of evolution. 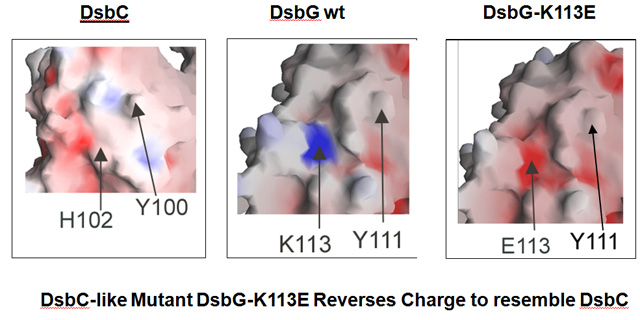