This week, we explored the world of bugs!

On Monday, we learned what makes an insect an insect with some help from Mr. Craig who agreed to wear the Bumblebee costume to demonstrate that insects have 6 legs, 2 antennae, 2 compound eyes, 2 pairs of wings, and 3 body parts. We looked at insect specimens with magnifying glasses and moved like insects with out Insect Movement Dice! We then decorated our bug jars so that when they catch bugs, they have a place to put them. 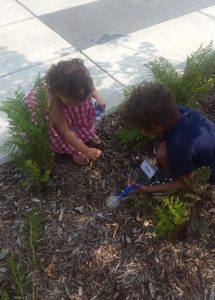 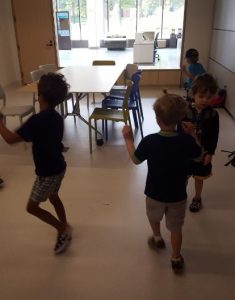 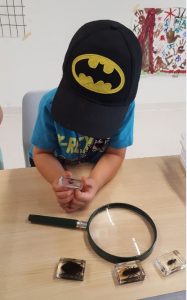 On Tuesday, the Little Explorers looked at butterflies, dragonflies, and any sort of bug with wings! We had a visit from Ms. Sarah who demonstrated the life cycle of a butterfly but explained that not all animals have the same life cycle. We then flew around the classroom with our homemade butterfly or dragonfly wings that they decorated. After snack, we created chrysalises with little caterpillars inside. When they open the chrysalises at home, their caterpillars will have turned into butterflies that the children made. 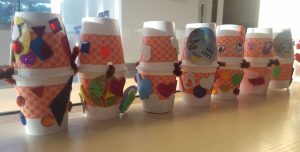 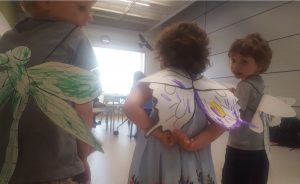 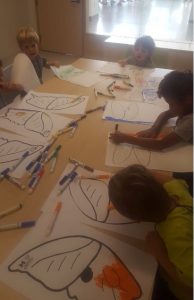 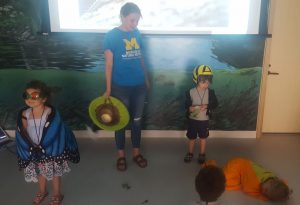 We studied bees on Wednesday! We learned why bees are important for the earth and the different dances they use to determine if food is close to the hive or far away. During snack, the Little Explorers played the Pollen Transfer game. We made this into a relay where they had to transport pollen (poms-poms) from a flower to their specific hive and whoever transferred more pollen, won! After this game, we created bees from black and yellow yarn while learning about the difference between honeybees and bumblebees! 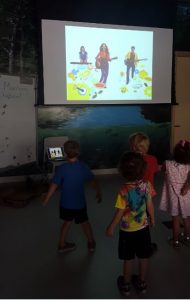 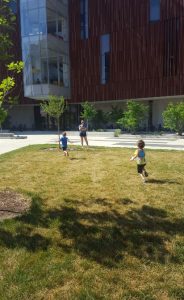 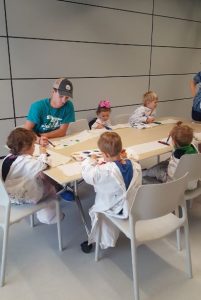 Thursday was spider day! We made our own spider webs and learned that some threads on a spiders web are sticky while others are not using pom-poms, a hula hoop, and tape. The children threw the “flies” at the web and then asked the kids to place tape on the web so that the black spider could reach the “flies.” Then we looked at pictures and x-rays of bugs and insects on the overhead projector in order to reinforce the differences between the two. At the end of the day, we learned and danced to the “Itsy Bitsy Spider” song! 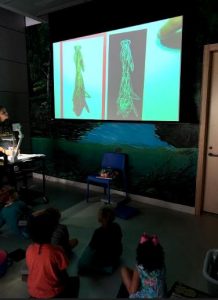 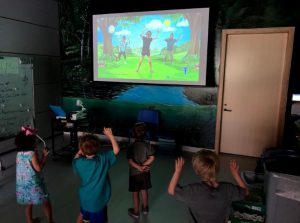 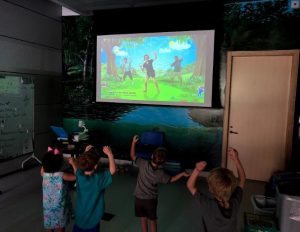 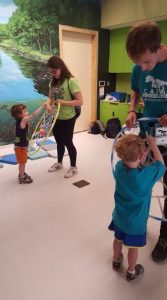 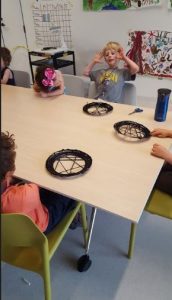 On Friday, we looked for bugs with our bug catchers and learned the difference between a good and a bad bug! The kids finished their spoon bug activity by adding leaves in the background; now they have a bug puppet! We also were able to make our own bugs after we had a special visit from Kevin and his two tarantulas! He taught us characteristics of tarantulas, the environment they live in, and what they eat. He even fed a cockroach to one of them, and we got to see the spider grab it! 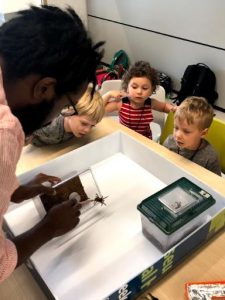 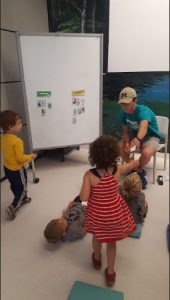 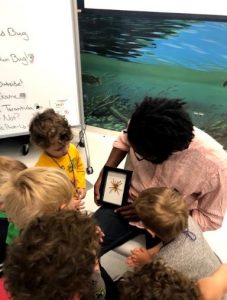 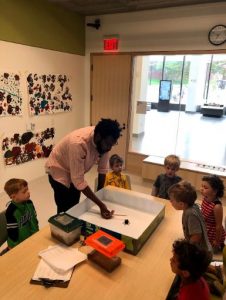 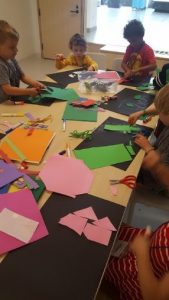