This week was a great week exploring space!

On Monday, we learned about the planets that inhabit our solar system! We started with an activity focusing on the order of the planets and a few fun facts about each one using our inflatable planets! Next, we played a planet matching game followed by a puffy planet craft using shaving cream, glue, and paint to create our own planets! We ended the day with a short song by Storybots about the planets. 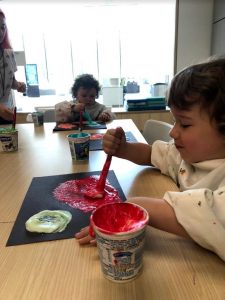 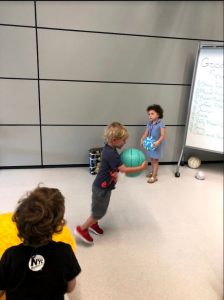 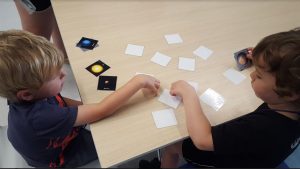 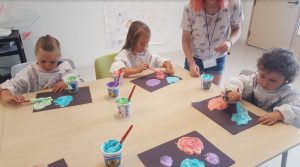 We had a successful day training for astronauts on Tuesday! The Little Explorers started their day building rocketships out of toilet paper tubes and our craft bin. After that, they went through an Astronaut training program we set up outside. We then created our astronaut outfit by making helmets and belts out of brown paper bags. We finished Astronaut day with Astronaut Chris Hadfield instructing us on how they eat and wash their hair in space! 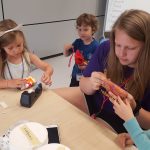 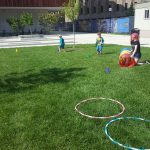 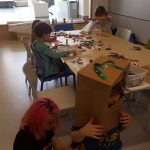 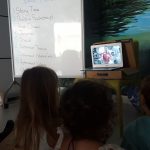 On Wednesday, we learned about the stars in our galaxy. We started the day by making constellations using geoboards and rubber bands. Then, it was Planetarium time! The Little Explorers learned about different constellations in the night sky and we had time to learn about a few planets! After the Planetarium, we went to snack and watched the older kids launch their rockets. At the end, the Little Explorers created their own stars using a cardboard star cutout and tissue paper! 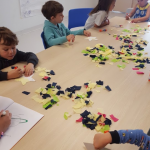 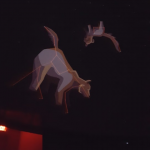 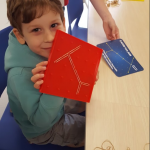 We focused on the moon on Thursday! They learned the phases of the moon by shaping the playdough into the different phases and listening to a song as well. We then played a game to help the astronaut get to the moon! We ended the day with messy hands while creating our moons with craters using styrofoam, flour, and white paint. 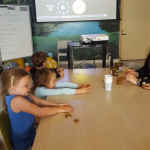 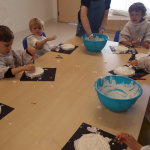 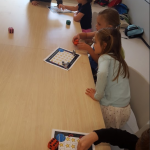 On our final day of Space Camp was a fun one! We started with a space dice game where we rolled the dice and the Little Explorers had to perform whatever was rolled. For example, acting like rockets or astronauts walking on the moon! After the dice, we played Space Bingo! The winner got star stickers! We had some time after Bingo to go up the Dynamic Planet Gallery and see the meteorites, especially the Martian one. The Little Explorers then reenacted a meteor shower with a sheet and crumpled papers; they learned what meteor showers actually are and in what direction they travel! The Little Explorers ended the week with making their universes. They colored coffee filters, sprayed them with water (so the colors ran together), and then cut out circles to create the planets! It was a great end to Space Camp! 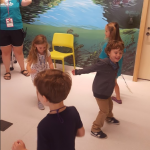 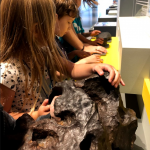 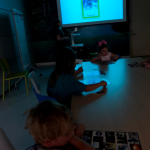 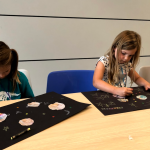 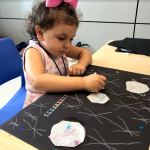 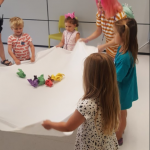