We had a great week exploring animals!

We started the week focusing on Animals in general. We learned what animals the Little Explorers liked and didn’t like by showing them pictures of different animals and asking them to stand within the happy, scared, or no opinion hula-hoops. After this, we played a game called “Hiding in Plain Sight” where one child was the predator and all the other children had to hide their prey around the room so it camouflaged well. The predator then had to search for the prey and “eat them” when they found them. Finally, they collected sticks and leaves outside, colored some animals we provided, and had to create camouflage art where the animals blended in with their habitat (which was made of the sticks and leaves they found). This helped teach them about camouflage and the fact that not all animals are able to blend into the same habitats. 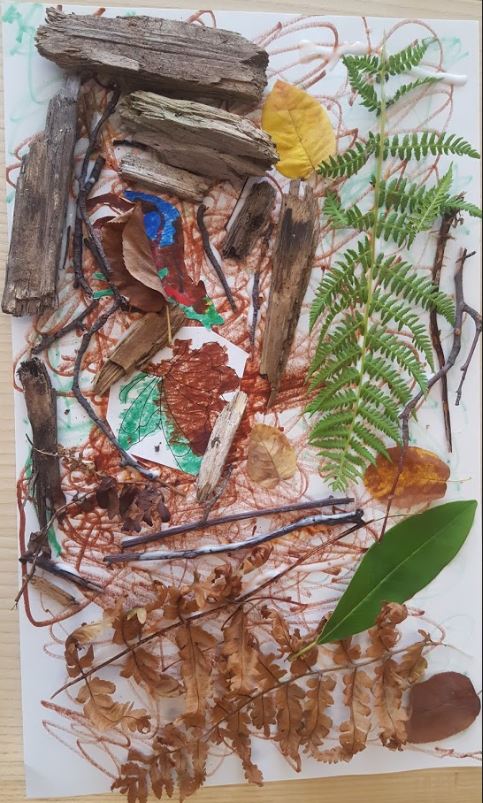 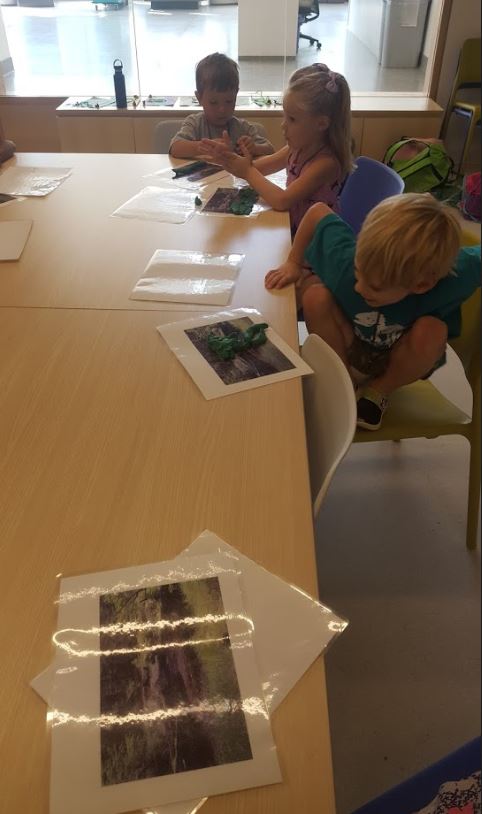 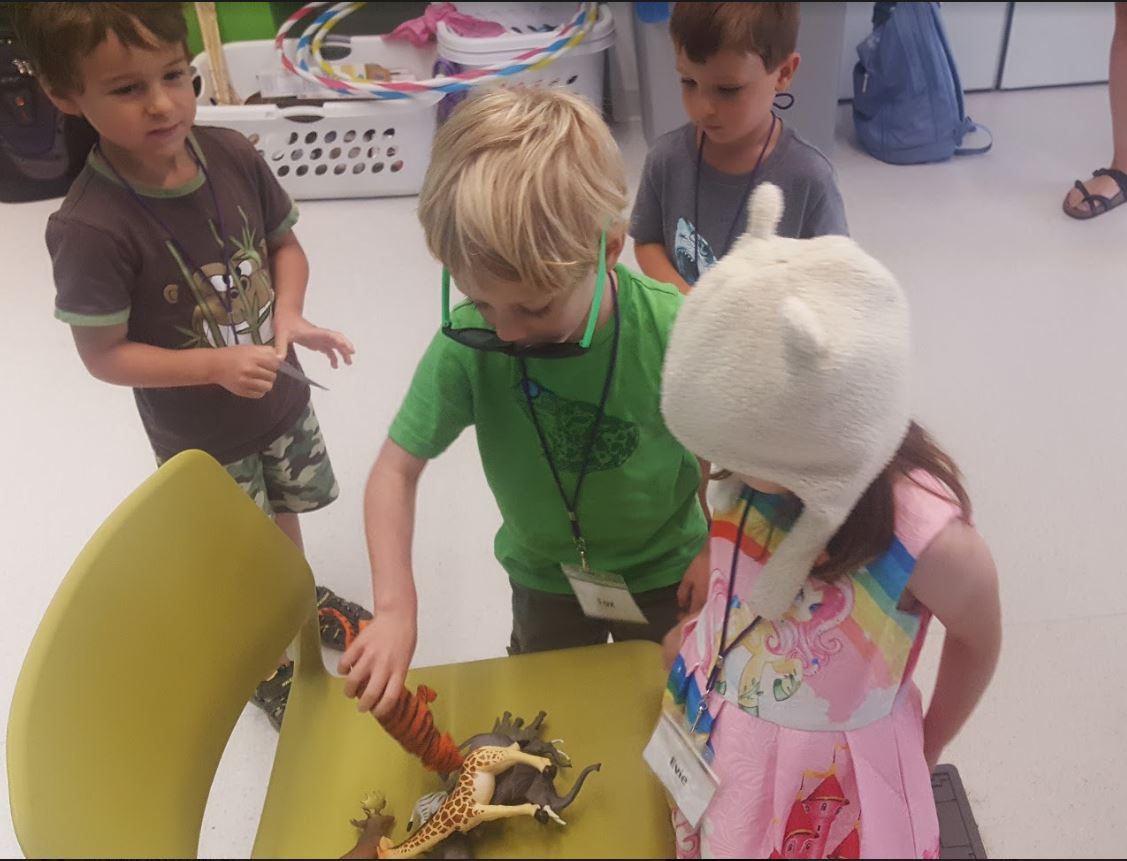 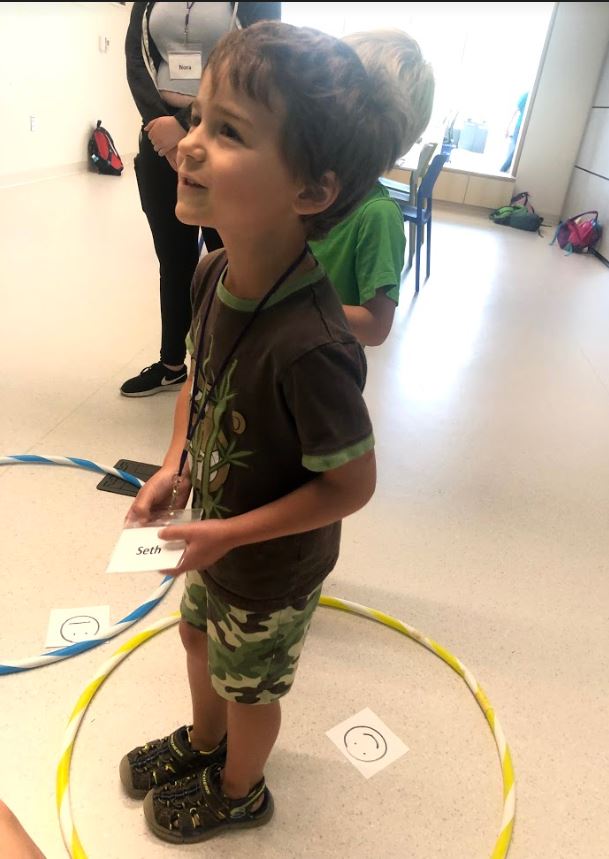 Tuesday was Water Animal Day. We learned all about the different animals in both freshwater and saltwater. The Little Explorers started by sorting different animals into where they lived in water habitats: the seafloor, the water, or the sky. After this, they were asked to make a mural painting the three different areas and then added the animals to the different sections. We then went fishing and tried to catch some local fish from our small “pond.” This activity also taught them about sustainable fishing and how you didn’t have to keep every fish you caught. The Little Explorers finished their day with a water color painting containing seaweed, rocks, and the three different areas we learned about earlier in the day. They were given some animal stickers and asked to place them in the appropriate sections once again. 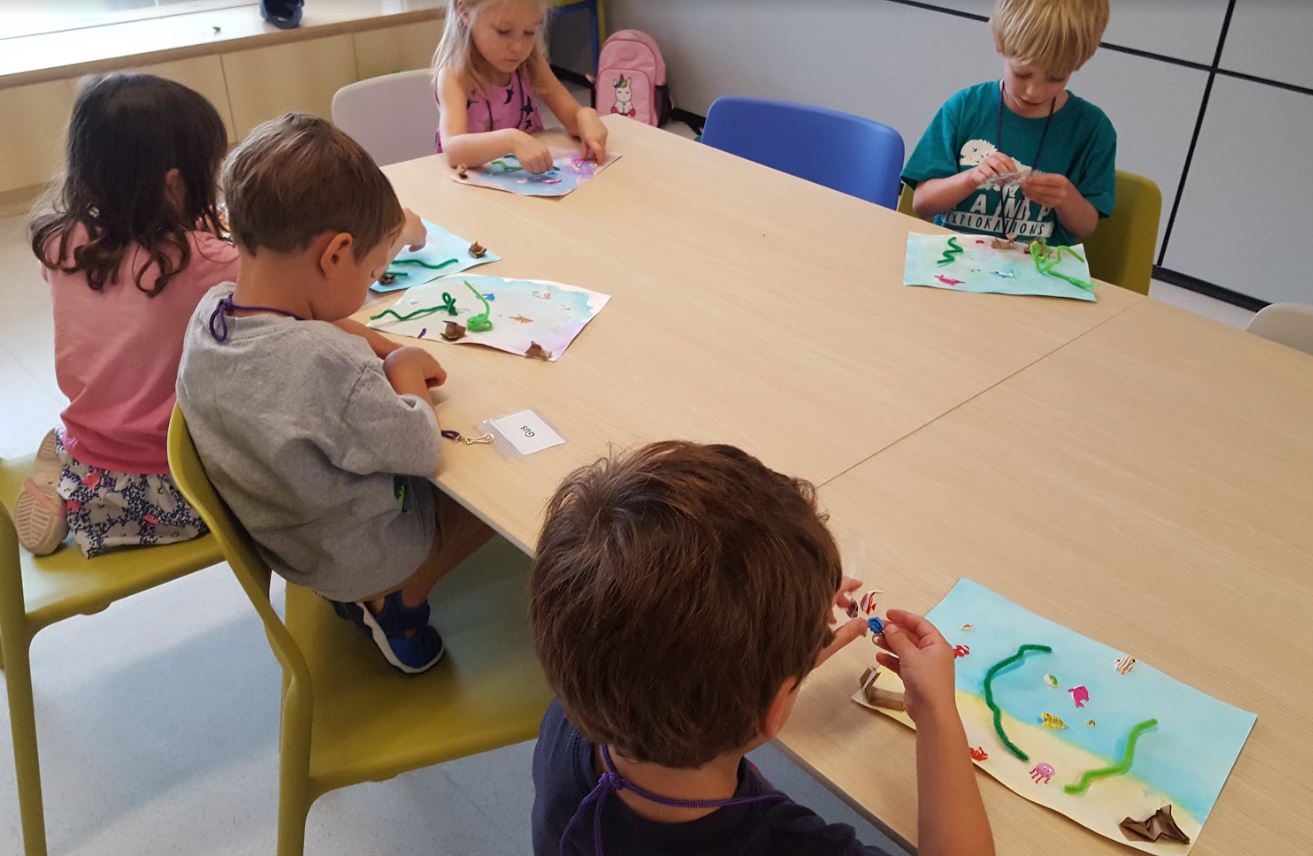 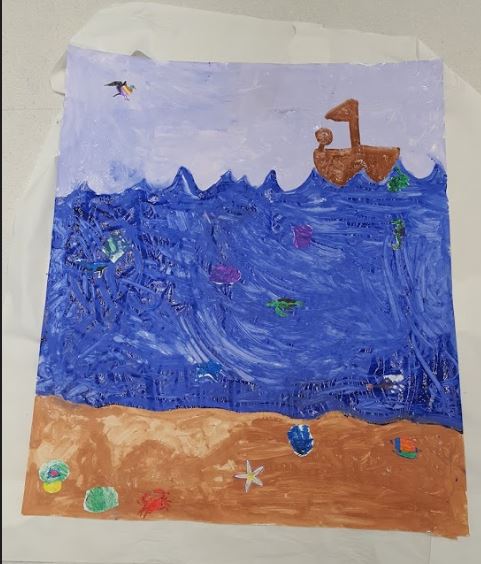 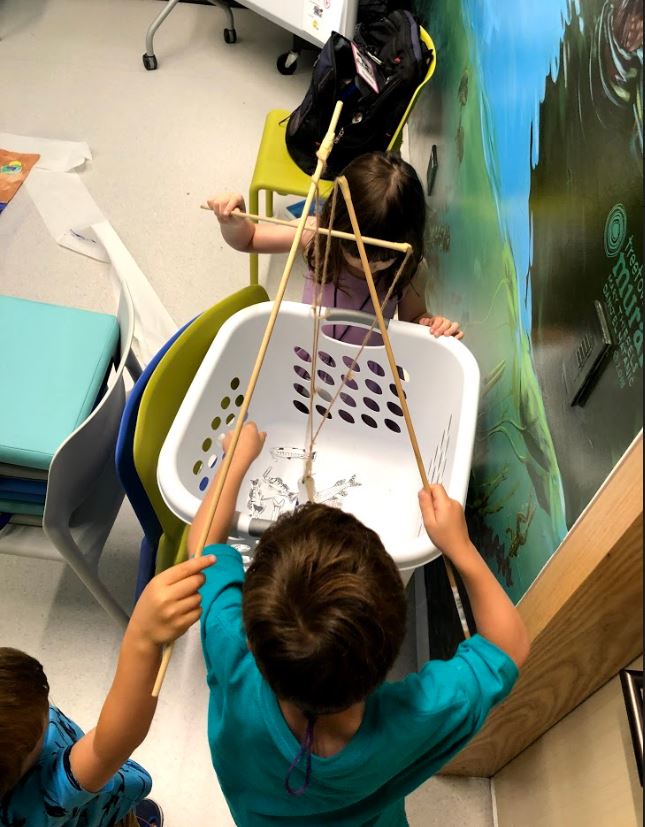 On Wednesday, we had a visit from the Leslie Science and Nature Center! This was the highlight of their day! Miss Kim brought a box turtle, blue-tongued skink, and a ball python for the children to look at and touch in order to teach what makes a reptile a reptile (backbone, scales, lays eggs, and are cold-blooded). After their visit, the children were given the images of the environment reptiles are most likely to be found in and asked to created their own reptiles using play-dough. They then had to “hatch” eggs in order to get to the reptiles within. After snack, the Little Explorers had a fun time creating paper chain snakes and learning about the difference between a venomous and non-venomous snake. 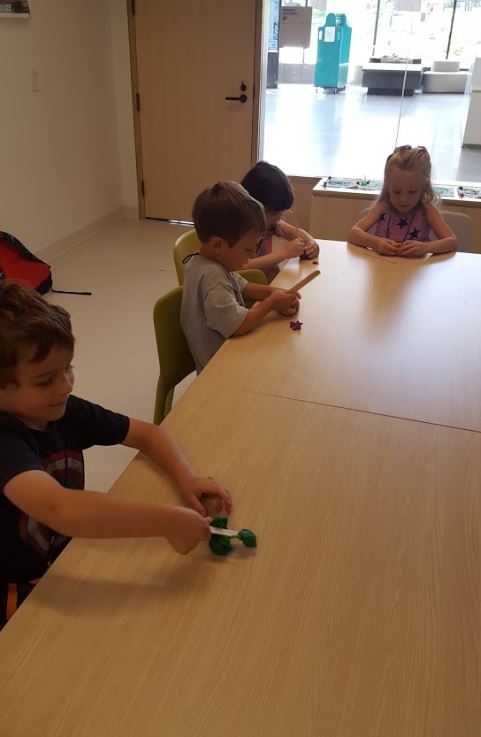 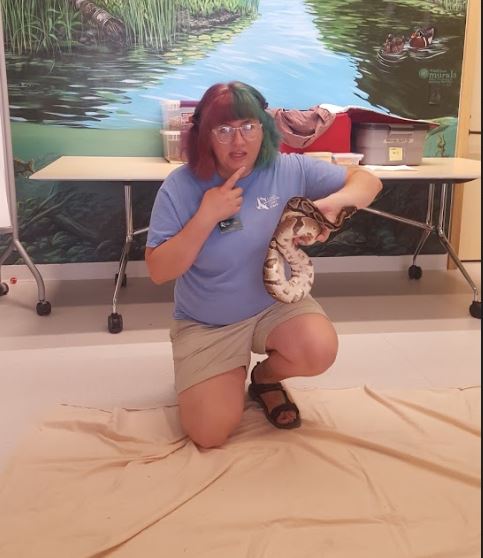 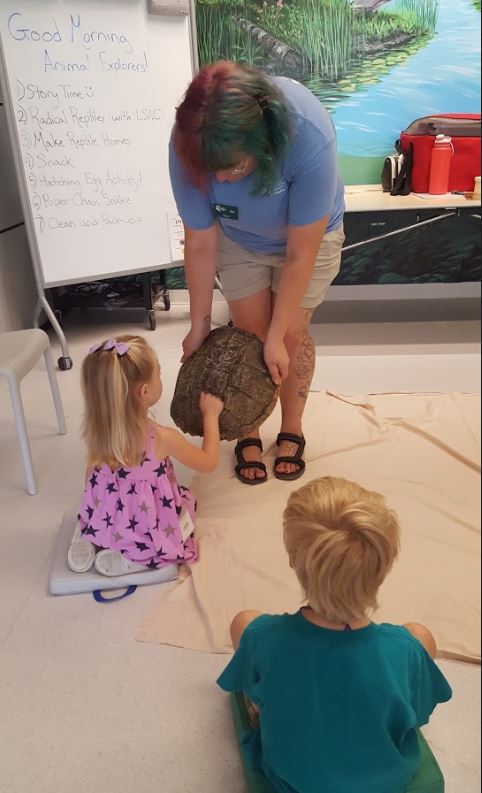 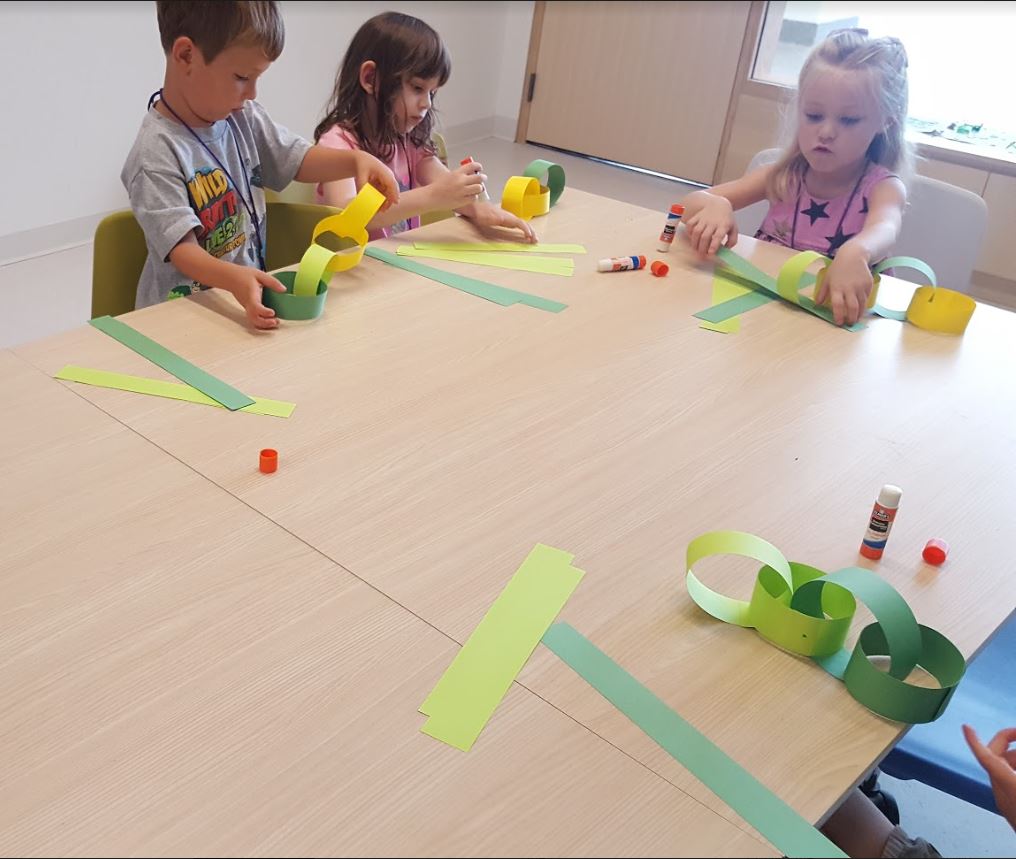 Thursday was bird day! What a day! The Little Explorers started the day with learning about the different beaks birds have as a result of adapting to their environment. The picture shows them learning that a hummingbird sucks up nectar through their beak! They then dissected owl pellets (something coughed up by owls after eating) while learning about food chains and why we found little bones and fur in the pellets. We then washed our hands and created cheerio bird feeders! They finished Thursday with becoming owls by creating owl masks! 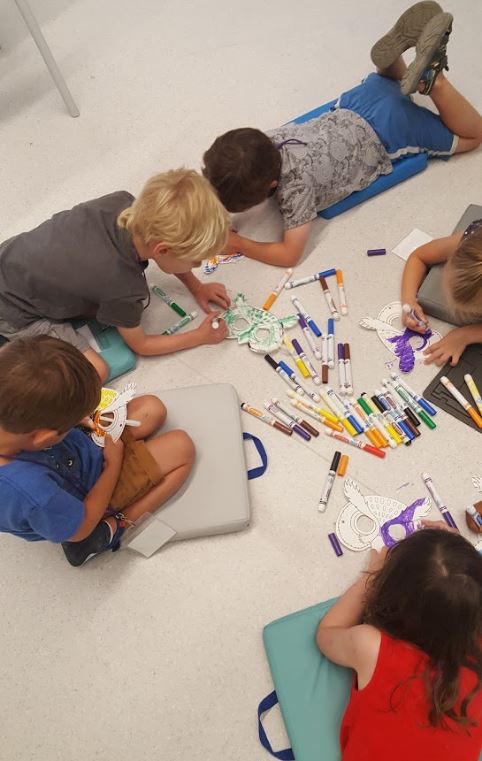 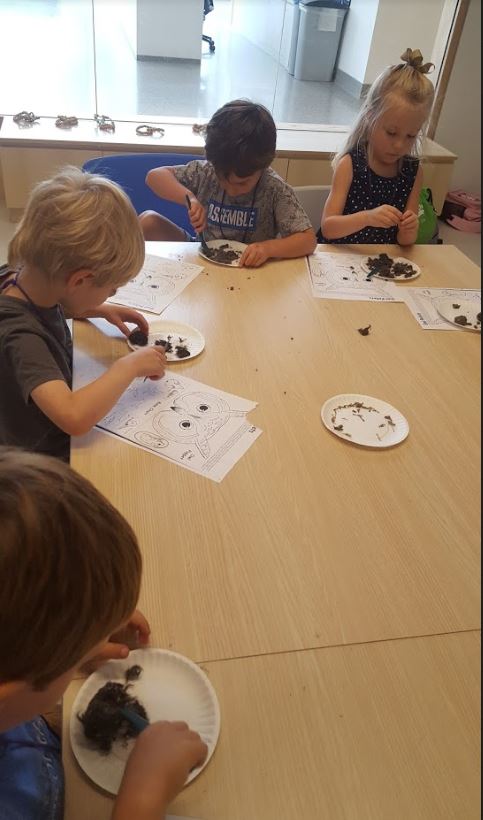 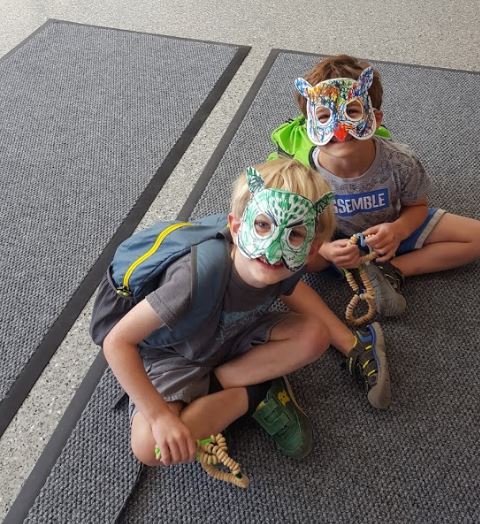 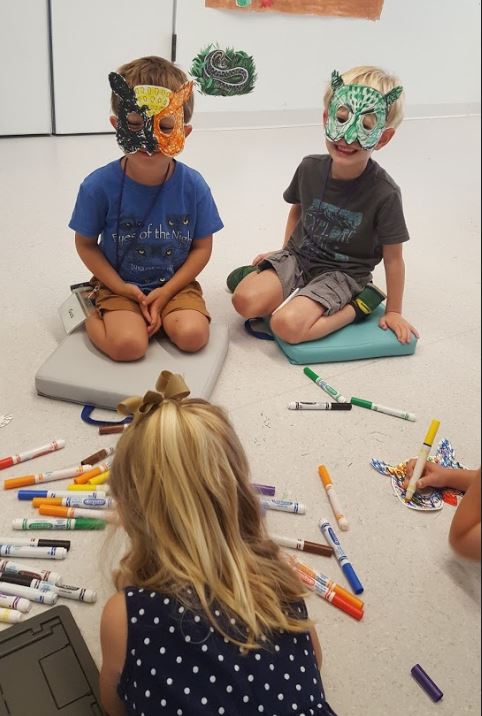 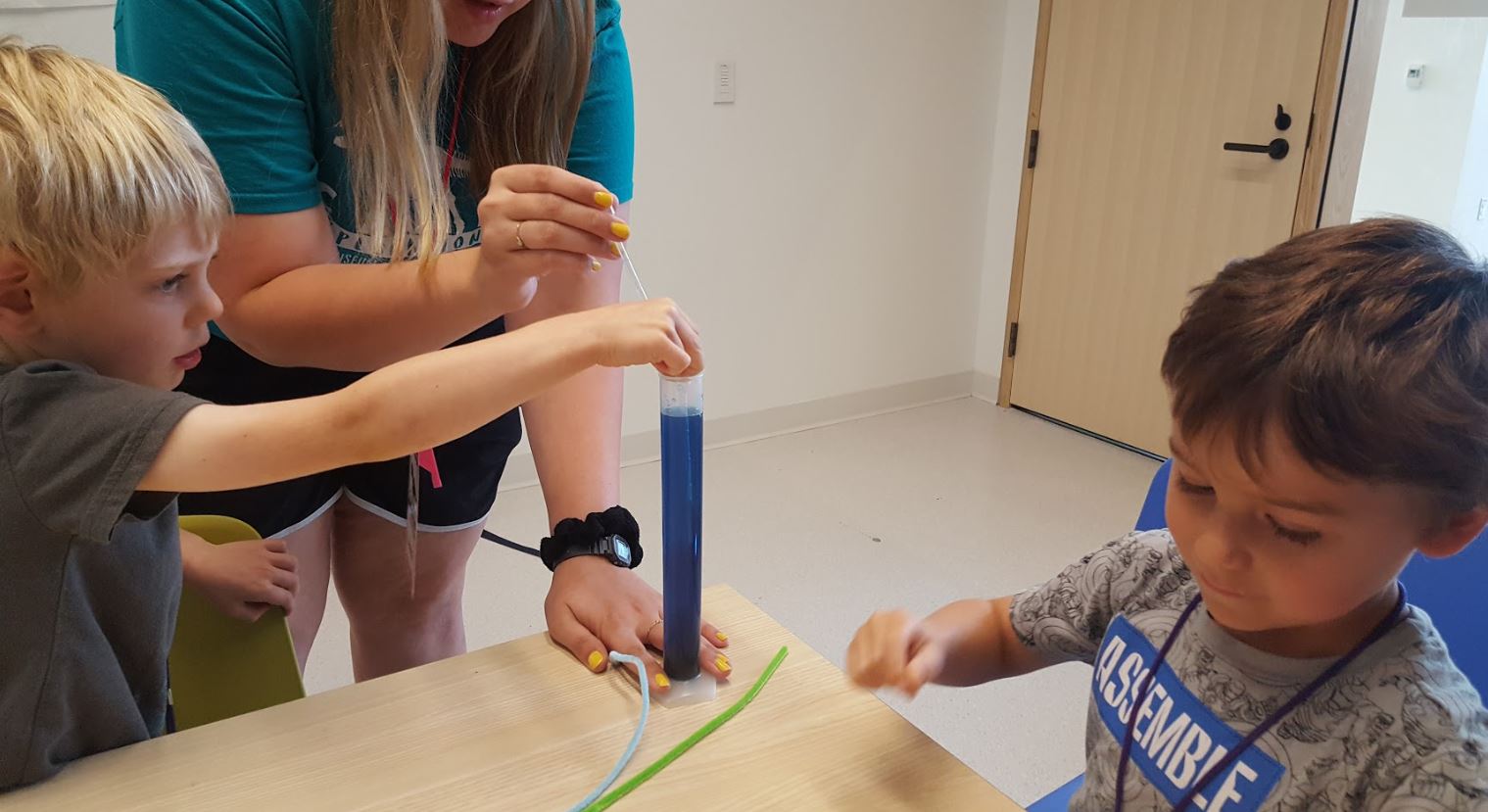 On Friday, we focused on where animals live! They started with guessing the habitats where animals live. After that, the Little Explorers created resource headbands and took turns being the deer in search for the resources. They learned what will happen if resources run out or if there is an overabundance of resources, but not enough deer. Their favorite part of the day was making habitat dioramas for their miniature animal models.  In each habitat, they had to make sure there was food, water, shelter, and space – the main necessities in order for animals to live! 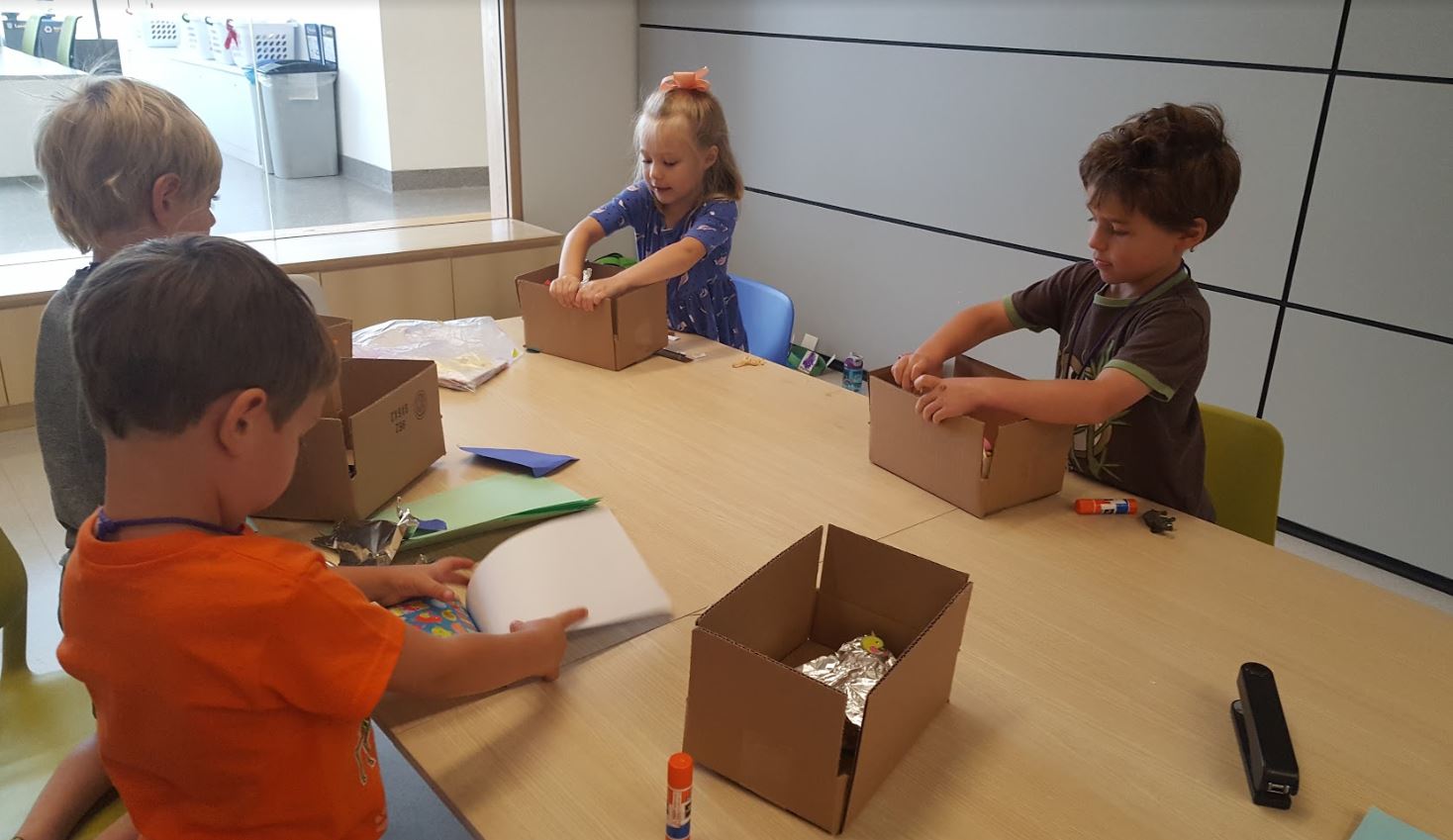 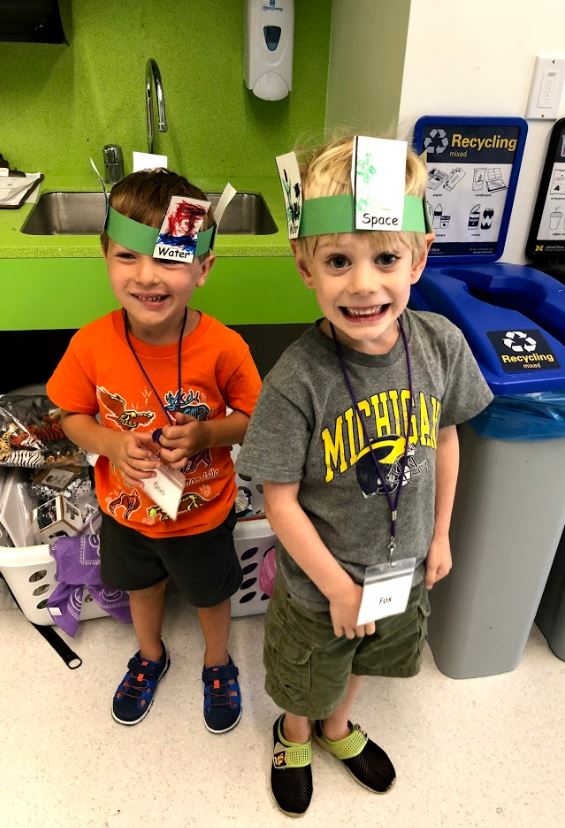 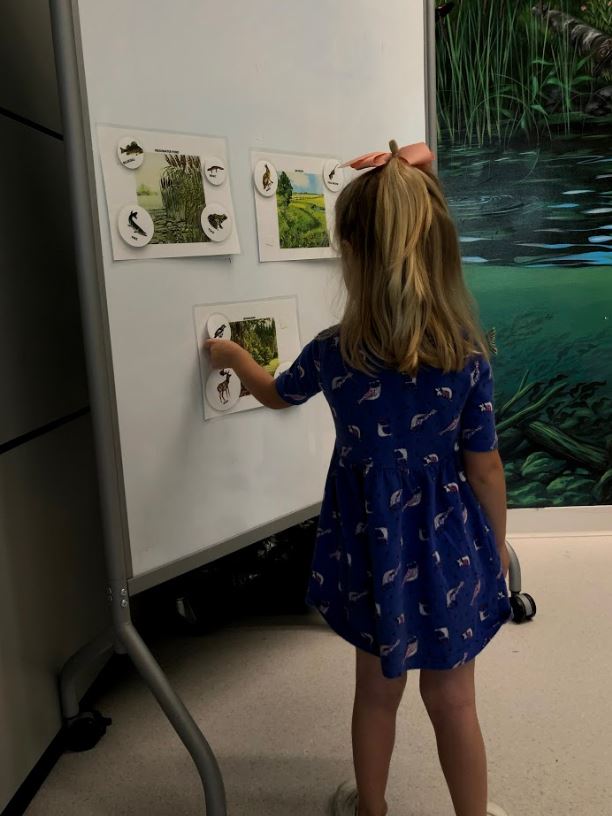