It was a real party at camp this week learning about physics!

On Monday campers learned about sound and light. Campers started the day by learning about the science behind kaleidoscopes and then created their own! 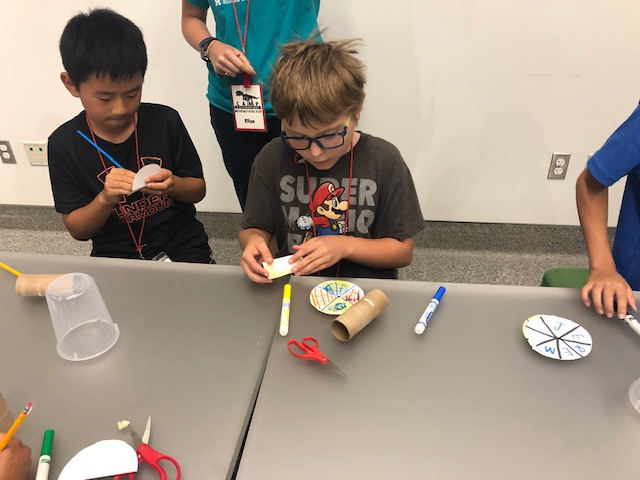 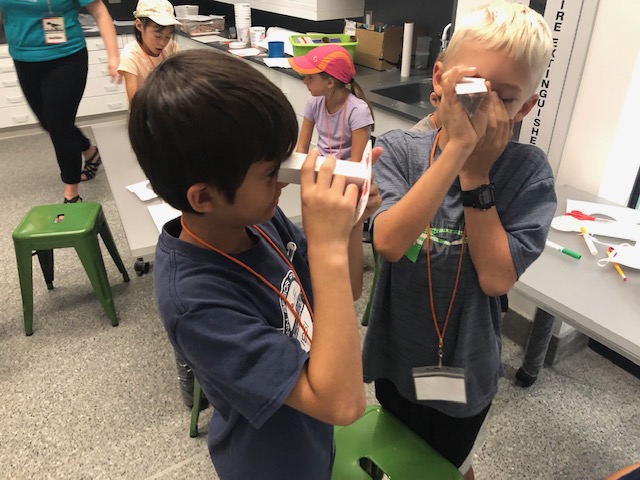 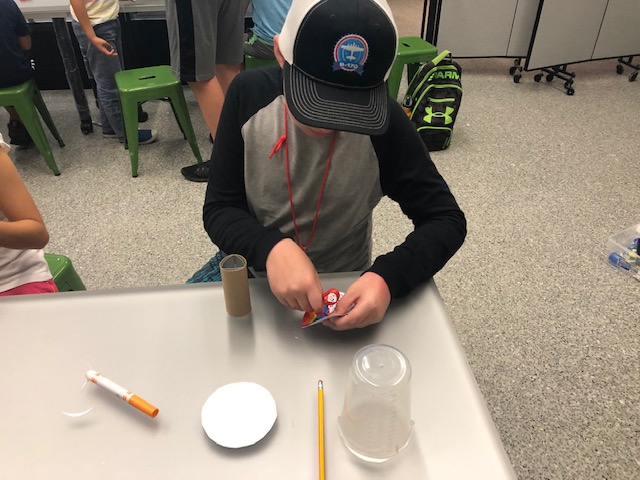 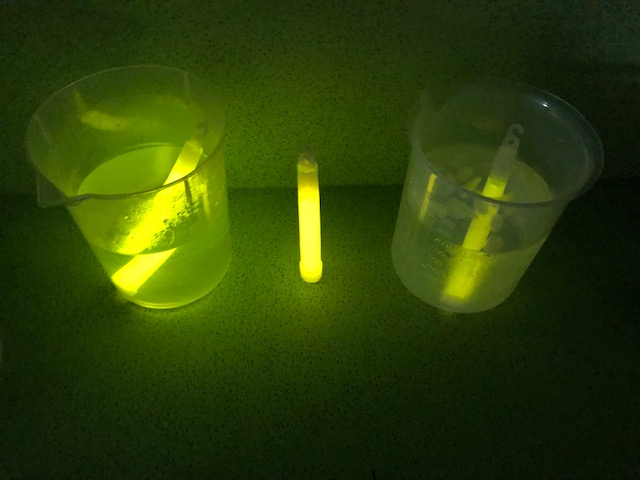 Later, campers talked about sound and created their own sound sandwiches that sounded a lot like kazoos! The campers learned that if you moved the straws in the sound sandwich the sound would change! 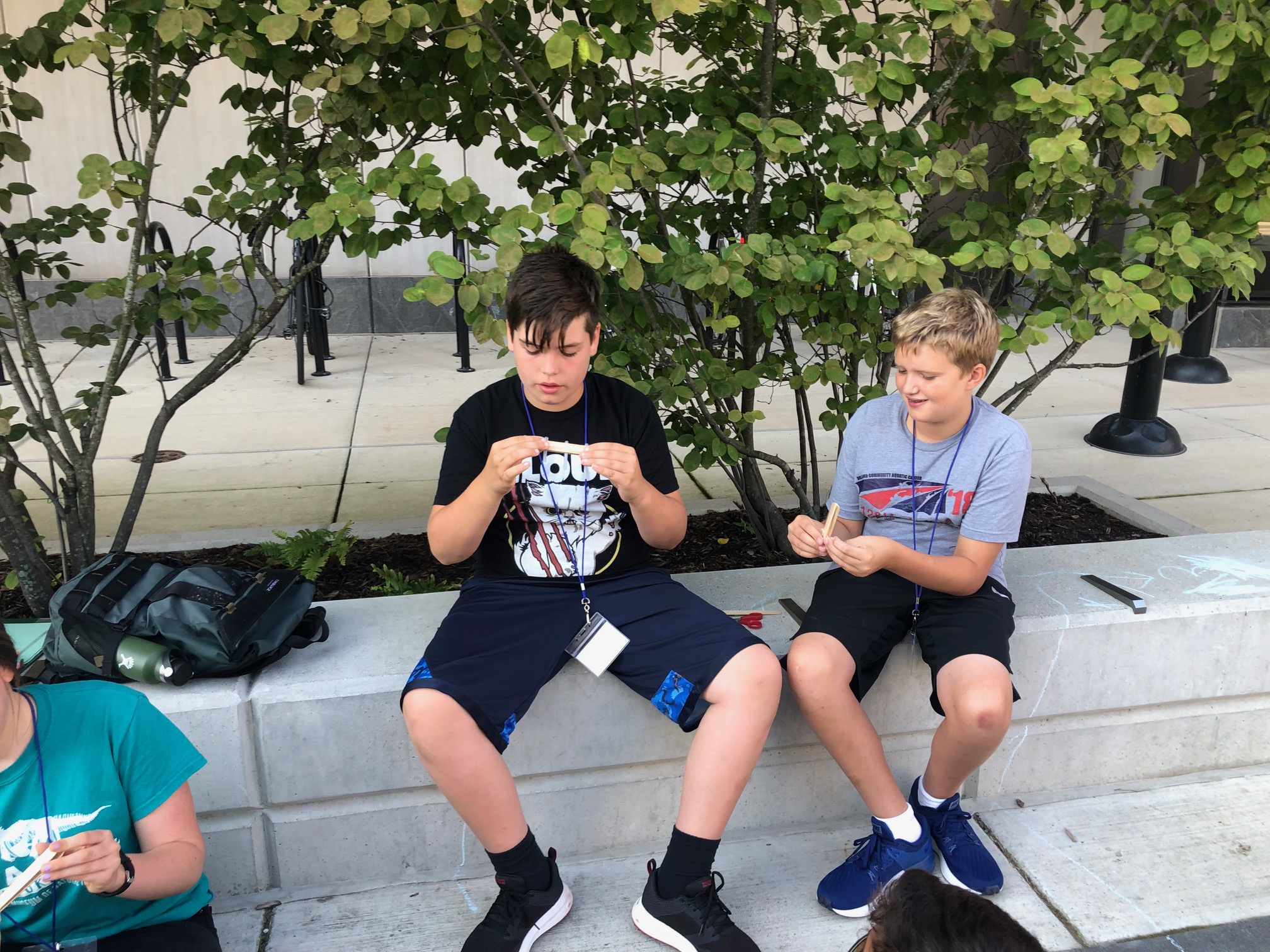 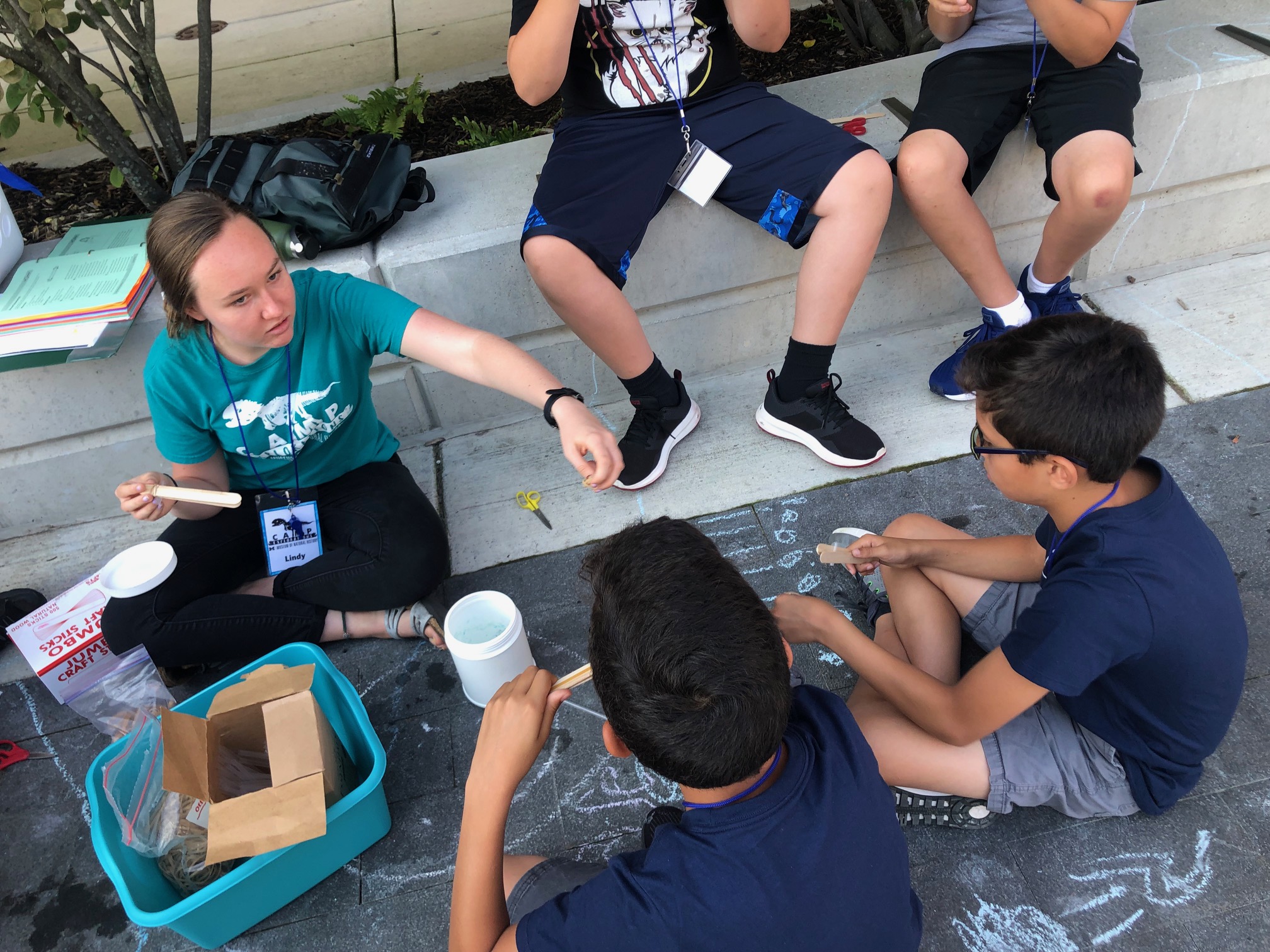 Campers finished the day with some sound charades! Campers had fun trying to guess sounds and coming up with their own to try and stump their fellow campers!

On Tuesday campers took a trip to the Ann Arbor Hands-on Museum. Campers had the opportunity to explore the museum and learn about motion, force, light and sound up close! 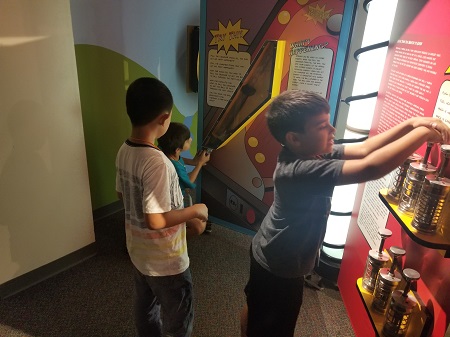 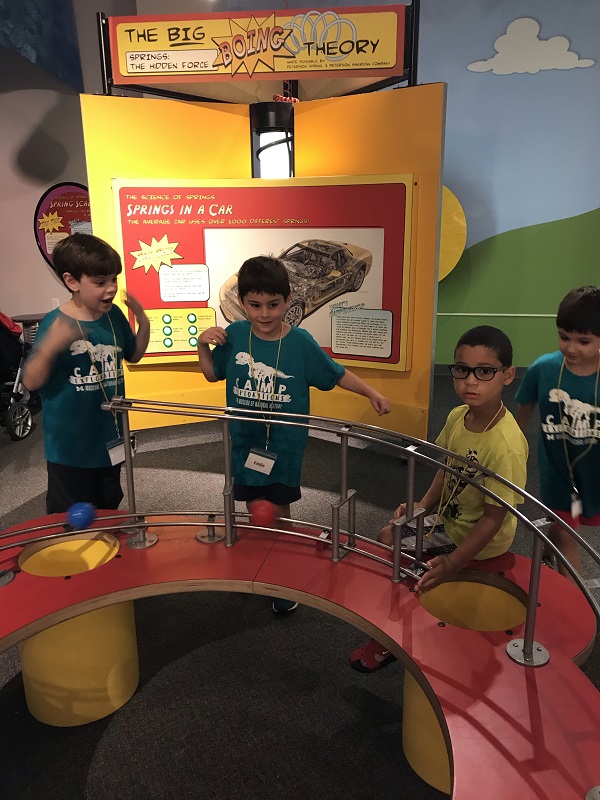 The water exhibit proved to be a huge hit for campers, we had to move campers along so that they would see other parts of the museum! 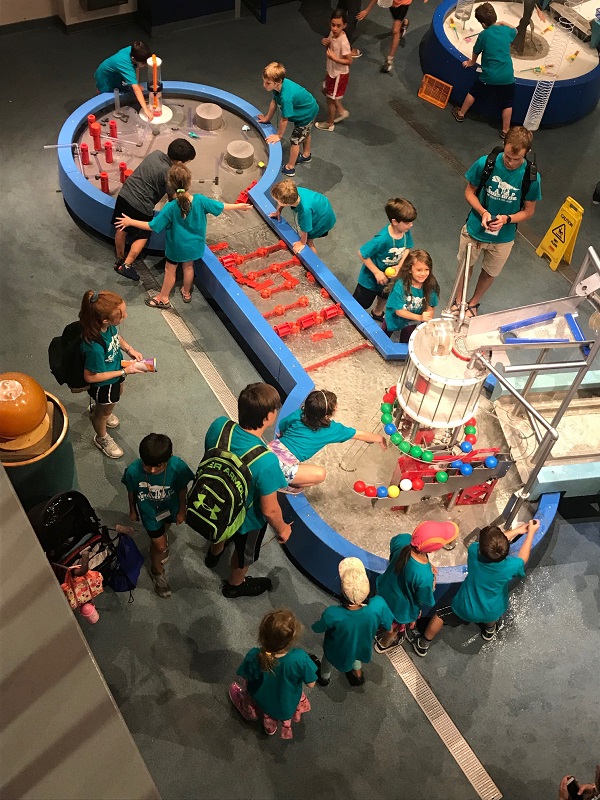 Even our counselors had fun at the Hands-on Museum! 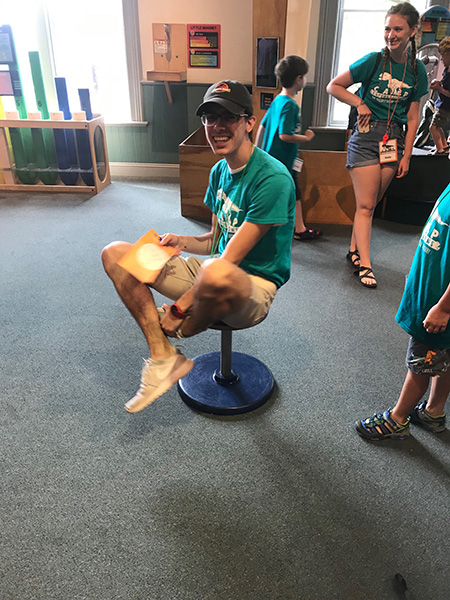 Wednesday was all about force and motion. Campers started the day by creating their own rollercoasters! Campers worked together to come up with designs and testing their creations! Campers got really creative with their designs! 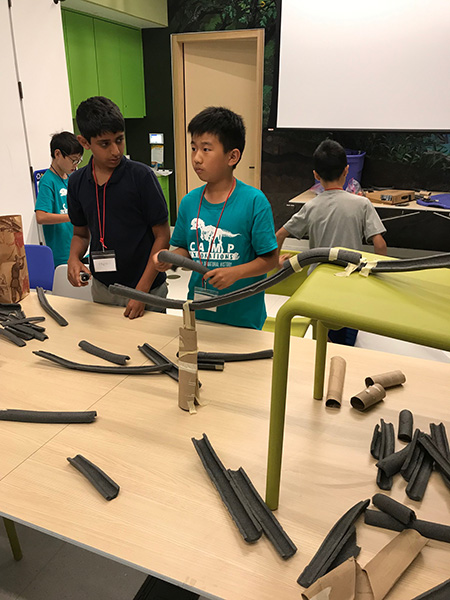 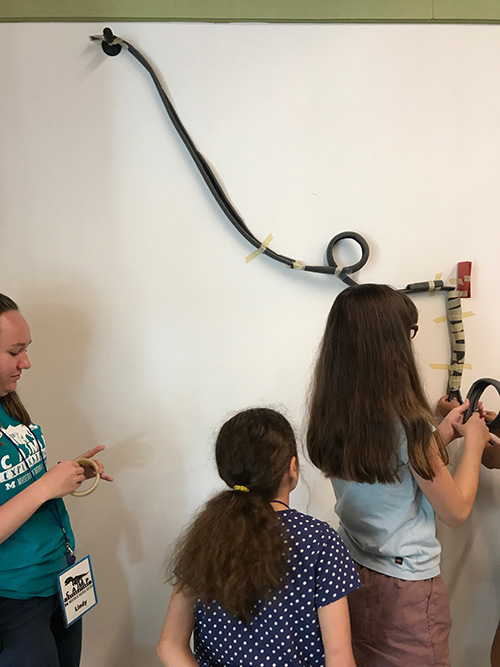 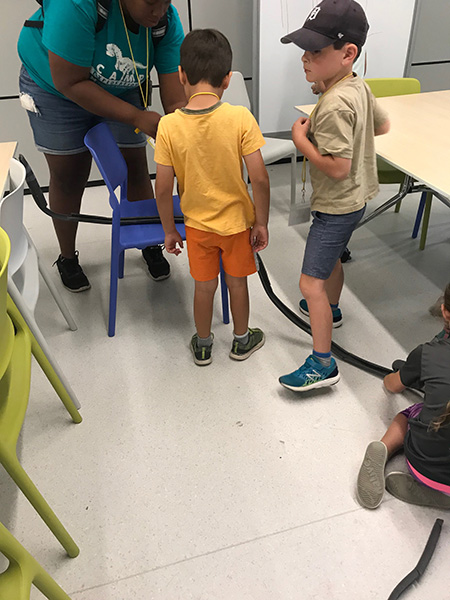 Later, campers made their own alka-seltzer rockets! Campers got to take home their rockets and they can be re-launched at home. Here are the directions to launch your rockets! 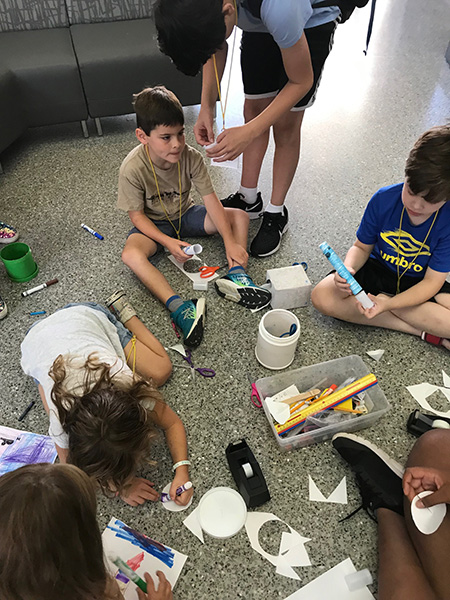 Campers also made catapults and were able to test them using pom poms! They experimented with the angle and force used on the catapults to see how far the pom pom would go! 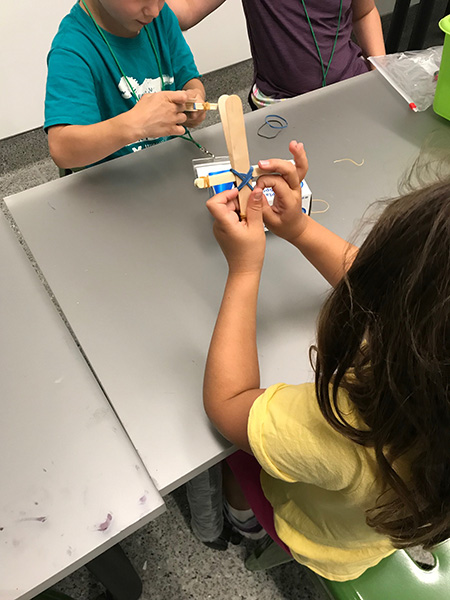 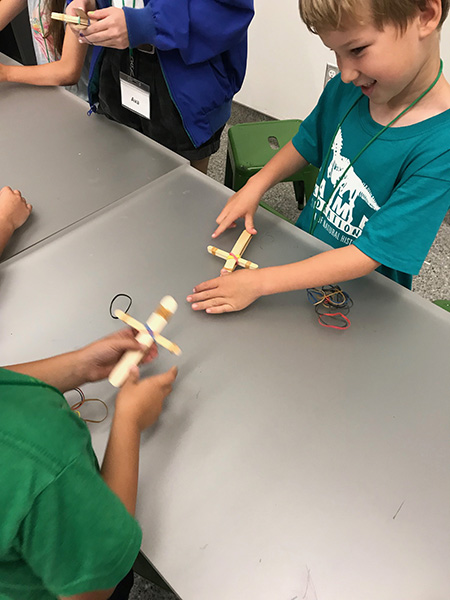 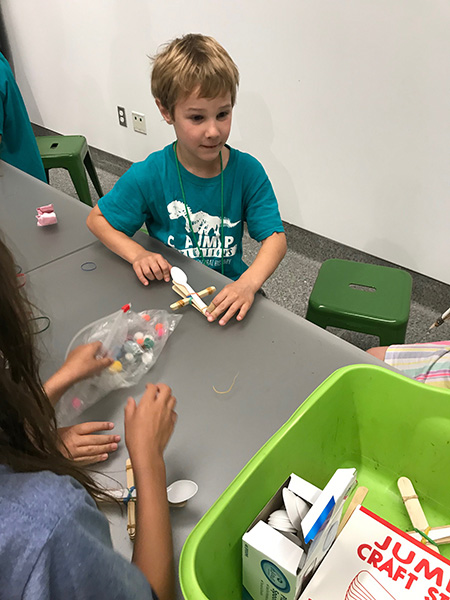 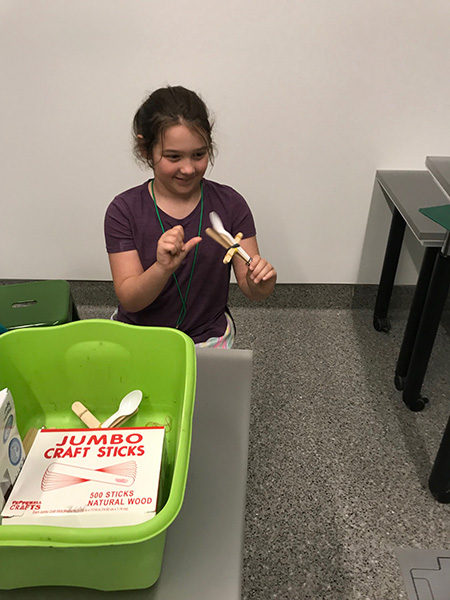 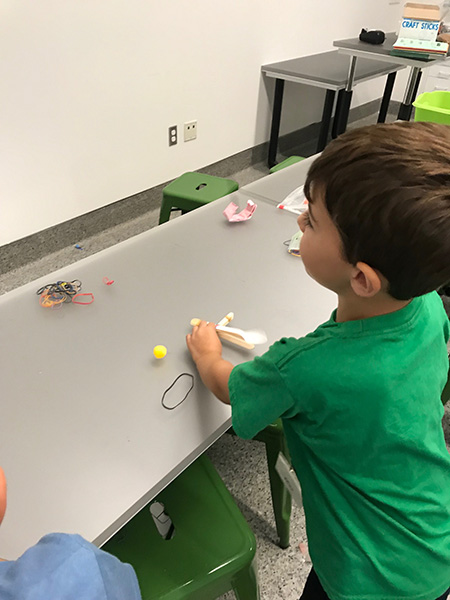 To finish the day campers experimented with the amount of force pushed on a toy car. They tried three different ways and recorded which time the car went the fastest! 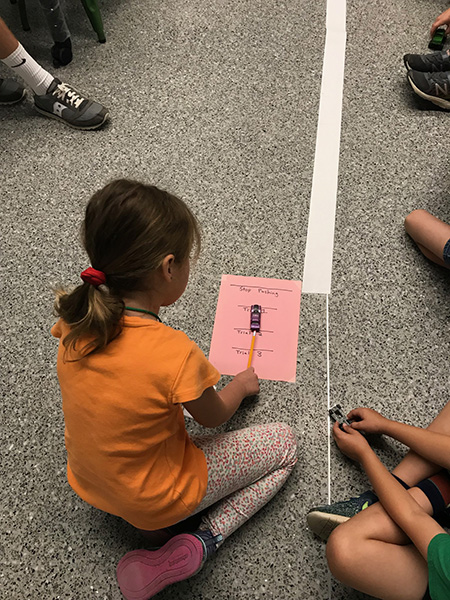 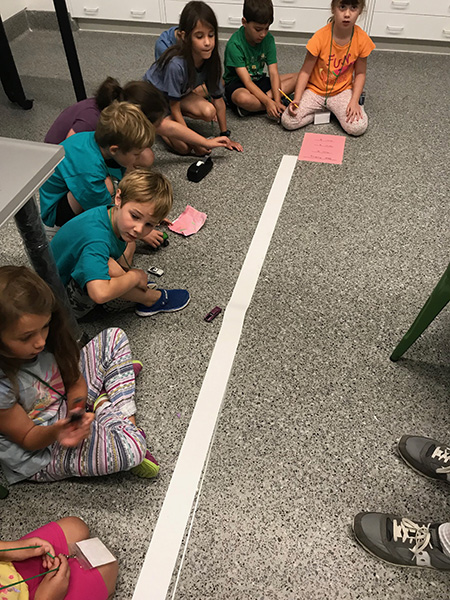 On Thursday, campers learned about solar energy and took a field trip to North Campus to a science lab! At the museum, the campers made bracelets with beads that changed color in the sunlight and played with solar energy cars!

After, campers went in groups to North Campus to visit a lab. At the lab, the campers participated in a activity where they experimented with brine shrimp and different color lights. The campers put red, blue and green glow sticks into a beaker with the brine shrimp and noted which color light the shrimp were attracted to. The campers learned that the shrimp were attracted to the green and blue light because red gets absorbed first in the ocean. 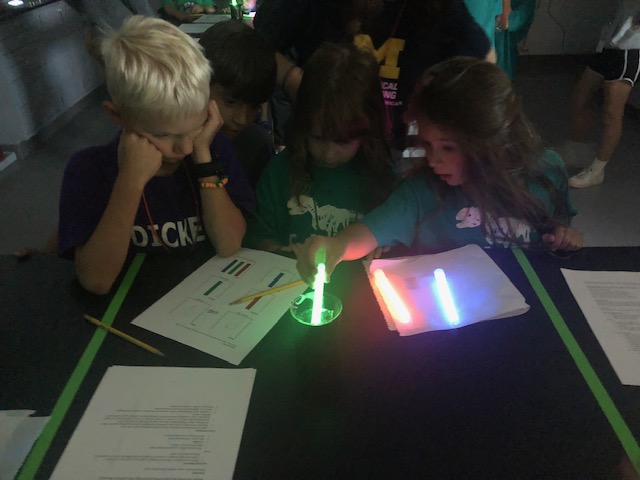 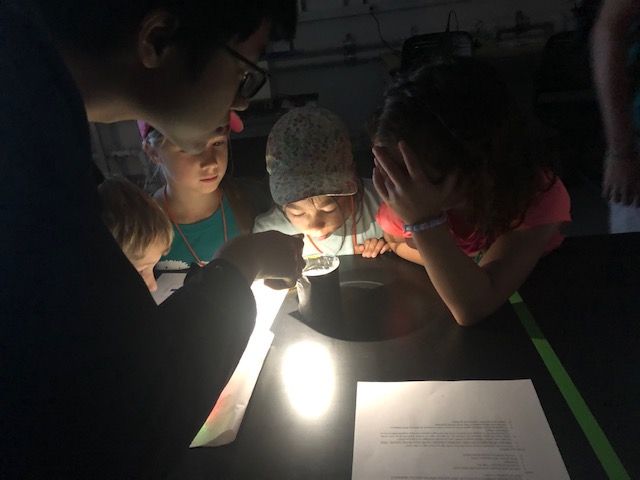 Campers also had fun at the wave field! 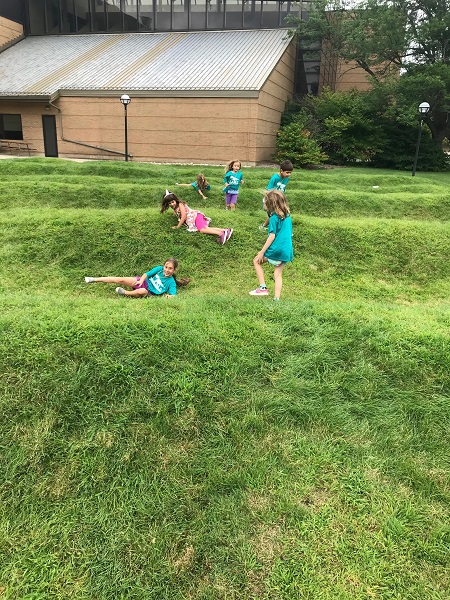 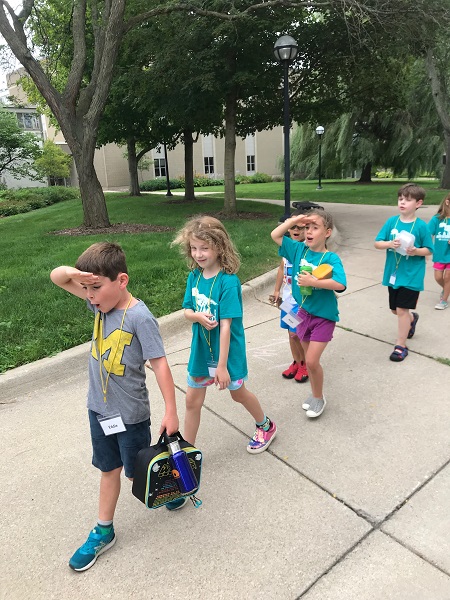 Friday was all about fluids. The campers began the day with learning about the non-Newtonian fluid, oobleck! The campers had a party watching the oobleck dance equipped with glow sticks and a plasma ball! 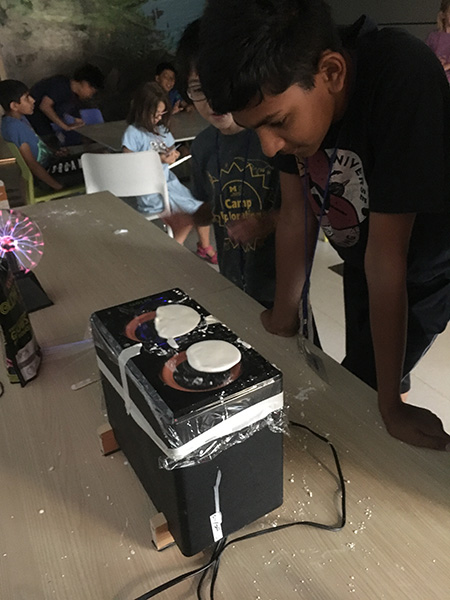 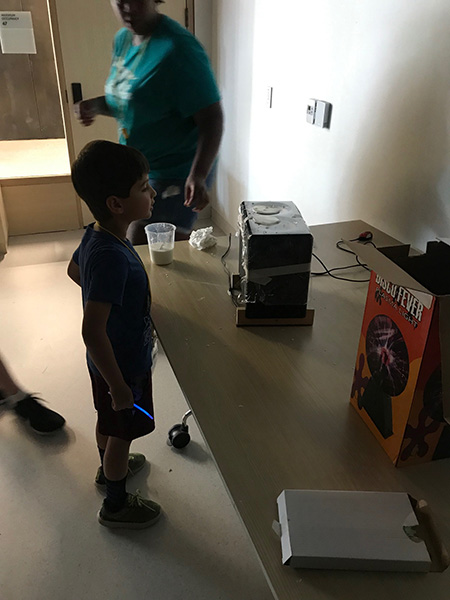 During snack campers did an experiment that made water freeze instantly! Campers put water bottles in a bowl with ice and rock salt for ten minutes. When they took the water bottle out it was still liquid but when slammed onto the ground it froze instantly!

Campers also made spaghetti dance with vinegar and baking soda and made a soap souffle with ivory soap! Campers learned that ivory soap floats due to the large pockets of air in the soap. When microwaved the soap erupts into puffy clouds and will hardened into that shape! 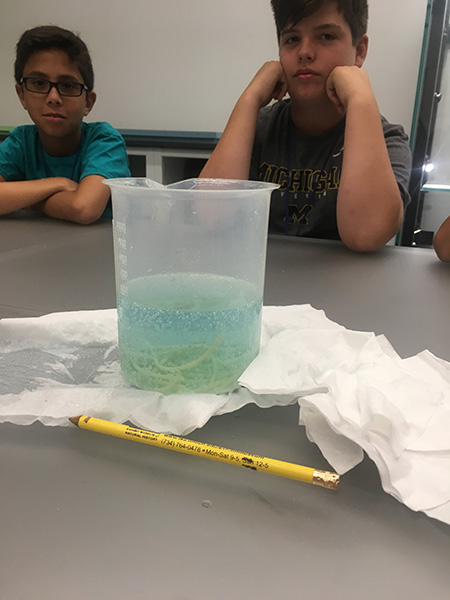 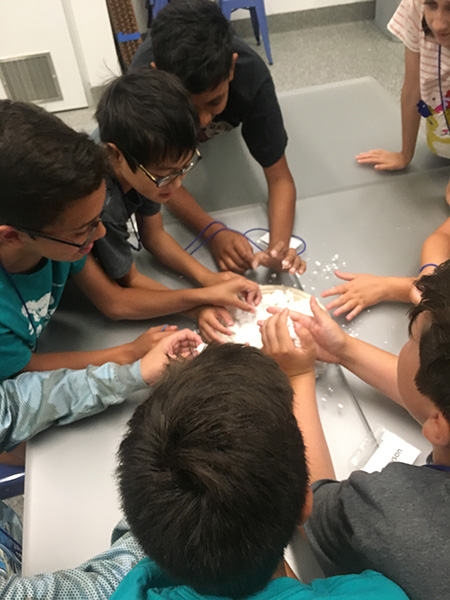