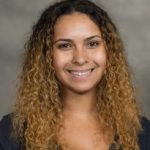 Rachel Weissler’s work on grammatical expectations to African American Language is now out in the Penn Working Papers in Linguistics!

Stay tuned in to this, as there are several follow-up studies already in the pipeline that are sure to be exciting.

Ideologies about standard language in the United States often posit Mainstream U.S. English (MUSE) as a morally superior variety (Hill 2008). Previous research has shown that this kind of hierarchical treatment of language varieties leads to negative perceptions of non-standard languages, which in turn makes them stigmatized, and ultimately perpetuates dialect discrimination. This kind of discrimination results in the mistreatment of users of non-standard varieties, which negatively affects the way those speakers can move through the U.S. context (Rickford 1999, Eckert and Rickford 2001, Schilling 2004, Rickford and King 2016). This study investigates how listeners alter their linguistic expectations when hearing speakers of standard and non-standard varieties of English through an Electroencephalography (EEG) experiment. We probe how social information influences syntactic processing to see if and when speakers of a standard dialect, MUSE, form grammatical expectations when processing MUSE and African American Language (AAL). Looking at online processing helps us better understand whether listeners have specific knowledge of the dialect that is not their own (dialect-specific hypothesis), or whether listeners more generally reduce expectations across the board when listening to a dialect or variant that they themselves do not speak (dialect non-specific hypothesis). In order to test the interaction between language variety and auxiliary usage, experimental sentences were constructed in order to reflect a variant that is grammatical in MUSE, a variant that is grammatical uniquely to AAL, and a grammatical variant that is ungrammatical in all varieties of English. The experimental stimuli from a bidialectal Midwestern black speaker of both MUSE and AAL, yielding a within subject 2 (language varieties) by 3 (grammatical features) design. The results do not cleanly favor the dialect-specific nor the dialect non-specific hypothesis. Rather, the evidence points a nuanced version of a mixture of both hypotheses. Through analysis of American English dialects, this work contributes to further understanding of how social information interfaces with online processing, and expectations that may be formed depending on the perceived identity of a voice. The impact of this work is paramount, as perceptions of stigmatized language varieties can lead to dialect discrimination that negatively affects the way those speakers are treated (Rickford 1999, Purnell, Baugh, Idsardi 1999, Eckert and Rickford 2001, Schilling 2004, Rickford and King 2016)