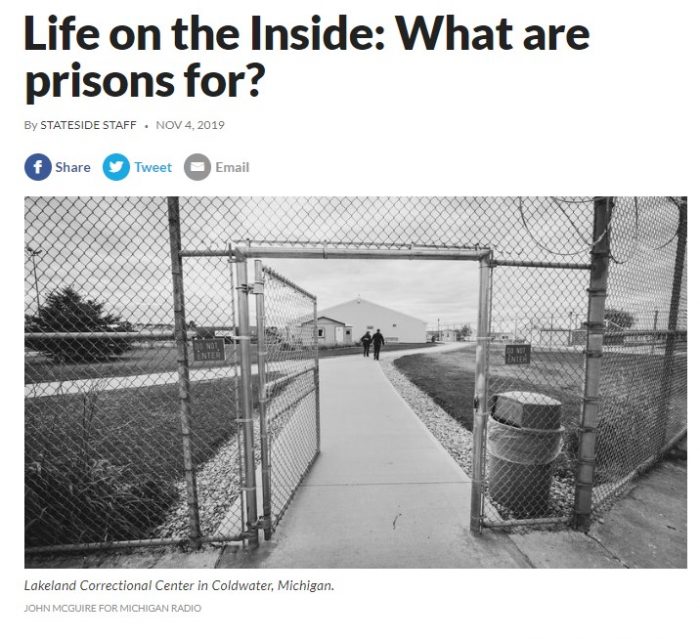 Heather Ann Thompson, a member of the Collaboratory’s Documenting Criminalization and Confinement team, appeared on NPR’s Stateside with Michigan Radio’s Lester Graham in a segment  “What are Prisons For?” part of a series called Life on the Inside. The segment aired on November 4, 2019. Thompson, who was awarded the Pulitzer Prize for her book Blood in the Water, a study of the Attica Prison uprising of 1971 and its aftermath, was asked important questions about the state of prisons, including. “How can prison provide purpose and meaning for someone who’s not going to get out?”

In the interview, Thompson covers a lot of ground: sentencing policies, privatization of prisons, the legacy of prison rates in America, de-carceration, human rights, activism, and political reasons behind the “war on crime.” Additionally, Thompson shares some “eye-opening” insights that she gained from a recent visit to prisons in Finland and Norway: “The countries that do criminal justice more humanely actually do victims’ rights more humanely, too.” During the interview, Thompson issues a public invitation to Michigan legislators to accompany her on a return trip to see ways that prisons in those countries have been successful in their aims “to make society safer, to make neighborhoods more whole, and to make families repaired.”