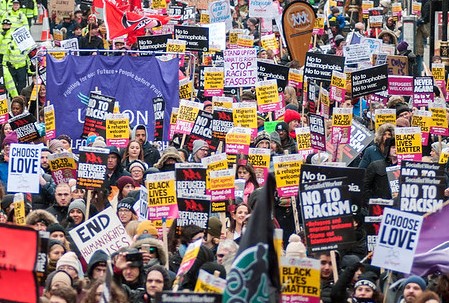 “Translating Anti-Racism” brings together scholars who study racism and anti-racist struggles outside of the United States. This project grew out of group members’ personal and professional experiences navigating anti-racist discourses in different geopolitical contexts and observing the complicated back and forth anti-racist movements often have with critical race theory emanating from elsewhere. What role do particularities of national identity play in the mechanics of racism? What configurations does white supremacist capitalist patriarchy assume in different political contexts? How does antiracist work get shut down as an “American problem” and therefore not relevant to realities of life outside the United States? The scholars on the team bring their informed perspectives on race and racism in Spain, the Philippines, Colombia, Israel, Japan, and other countries. While there exists a wealth of literature on these issues, our goal is to summarize it with an eye to a practical application – an article in the genre of public scholarship that could also be used as a policy memo by practitioners in arts and education in and beyond academia.