The Development of Inequity Aversion in Chinese Children

Inequity aversion is regarded as a hallmark of our sense of fairness: Individuals prefer equality to receiving less than others (disadvantageous inequity, DI) and to receiving more than others (advantageous inequity, AI). However, there is striking cross-cultural variation in the developmental emergence of these forms of fairness. Most studies in Western societies show that children develop DI aversion already in early childhood, while AI aversion only emerges later during school age. Here we explore whether children in China show a similar pattern or show a later emergence of DI aversion and an earlier emergence of AI aversion, based on cultural norms of harmony and humility.

This project explored how subjective social status develops across children of diverse societies. Using a commonly used measure of subjective status, called the MacArthur Scale, we find patterns similar to those documented among American youth: subjective status ranking decreases with age, there is decent reliability, but the relationship between ranking and follow-up questions assaying social comparisons more explicitly varies across cultures.

Development of Honesty and Trust in Children: East-West Comparisons

We are studying moral judgements of verbal deception with Canadian and Chinese children and youth between the ages of 5 and 13 years. As students develop through these years they become more sophisticated in balancing moral decisions in tune with surrounding cultural values.  We examine the development of the processes of moral judgments of lying and truth telling in relation to trust assessments of children in two Canadian communities: one, relatively uni-cultural and Euro-Canadian, and the other, multi-cultural and largely Chinese-Canadian; and these data are compared with the development of moral judgements of truth and trust of Chinese participants in a relatively uni-cultural Chinese community.

Several Canadian provinces now mandate instruction in Indigenous culture, history and language across the curriculum. This research examines students’ transactions during collaborative learning, i.e., reciprocal, dialogic, exchanges between older and younger non-Indigenous students of a newly developed Indigenous curriculum. Research participants are kindergarten and fourth-grade Canadian students in one, relatively uni-cultural and another, a multicultural, largely immigrant community. The research examines the dialogic benefits, especially for older participants, of reciprocal teaching and learning within the new curriculum.  The study is grounded in a quasi-ecological framework to document with discourse analyses mutual instructional transactions between students.

This project uses new theories and methods to analyze a precious fieldwork archive collected by the late anthropologists/sinologists Arthur P. Wolf and Margery Wolf in Taiwan (1958-1960). Designed as an improved replication of the Six Cultures Study, a landmark project in cross-cultural studies of childhood, the Wolfs’ work was the first systematic, anthropological research on ethnic Han Chinese children. Based on over two years of fieldwork about the lives of 64 children (core sample, 3-11 year-olds) and their siblings, peers, and caregivers, the research combined qualitative (naturalistic observations, interviews) with quantitative methods (psychological tests, surveys), yet the bulk of the collected data (fieldnotes) remain unpublished. This project aims to combine conventional ethnographic analysis with programmatic, text-mining techniques to organize and analyze these data. It will examine important themes of socio-moral development (prosocial behavior, anti-social behavior, authority-discipline, caregiver-child attachment, social norm acquisition), with a particular focus on the factor of gender, in this patriarchal, patrilineal community known for its entrenched son-preference and daughter-discrimination.

Building Virtue: Environmental and Social Influences on the Development of Fairness, Forgiveness, Trustworthiness, and Honesty

How do we become virtuous? Although this question has been at the heart of philosophical inquiries into human nature for centuries, we know little about how virtue develops over time and across cultures. Here we address two Big Questions: (1) how is virtue cultivated and sustained and (2) how does virtue development vary across cultures? We examine the roles of environmental and social variables in generating variation in virtue, the routes through which virtue is cultivated in different societies and the forces that sustain it in adulthood. We focus specifically on the influence of explicit instruction, moral exemplars, and habit formation. Our approach is based on a belief that virtue is a flexible process, one that evolves within the individual over time and across contexts. Focusing on fairness, forgiveness, honesty, and trustworthiness, our studies will contribute new empirical insights and a detailed theoretical model of virtue. Outputs include: peer-reviewed articles, conference presentations, op-eds, two courses on virtue, public lectures, an interdisciplinary workshop on virtue, and a virtue website for the general public. Our project seeks insights that may be leveraged to close the gap between what we ought to do and what we actually do, informing core issues in psychology and religious studies and fostering fairness, forgiveness, honesty, and trustworthiness.

Who Funds Our Work

CORI and its initiatives are generously funded by: 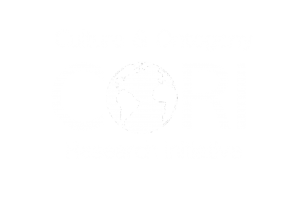