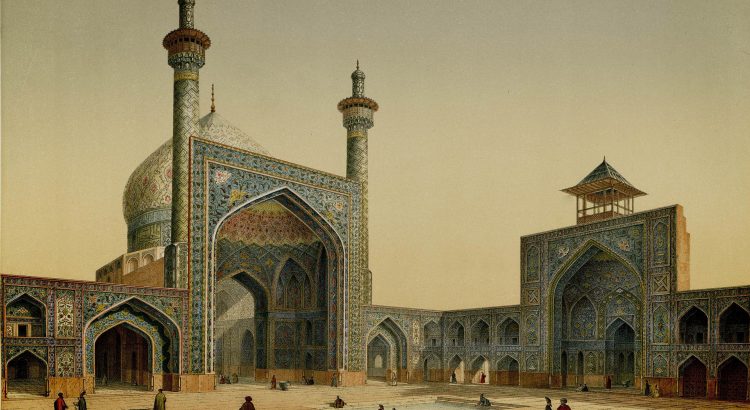 This course is a survey of Iranian history from the Arab Muslim conquests of the seventh century to the 1979 revolution. Topics covered include Iran before Islam (Achaemenians, Parthians and Sasanians), religions in pre-Islamic Iran (Zoroaster, Mani, Mazdak), early Islam and the Arab conquest of Iran, the Sunni-Shi’i divide and the Shi’i Imams, Iran in the early Islamic centuries, the Isma’ilis, Sufism and Shi’ism before 1500, early Safavids and Twelver Shi’ism, Iranian Shi’ism under the later Safavids, religion and state under the Qajars (19th and early 20th centuries), the emergence of the Babi and Baha’i faiths, the Pahlavi period (1921-67), and the 1979 Revolution. The course will help you gain a basic understanding of the salient patterns of Iranian history. My primary goal is to help you develop the ability to assess and think critically about historical issues in general as well as the skills needed to analyze historical documents and texts. You will be introduced to a variety of primary sources, and you will become familiar with general trends in secondary scholarship on history of Iran.

About the Instructor: Ahmet T. Karamustafa is Professor of History at the University of Maryland, College Park. His expertise is in the social and intellectual history of Sufism in particular and Islamic piety in general in the medieval and early modern periods. His publications include God’s Unruly Friends (University of Utah Press, 1994) and Sufism: The Formative Period (Edinburgh University Press & University of California Press, 2007). He is currently working on a book project titled Vernacular Islam: Everyday Muslim Religious Life in Medieval Anatolia (co-authored with Cemal Kafadar) as well as a monograph on the history of early medieval Sufism titled The Flowering of Sufism.