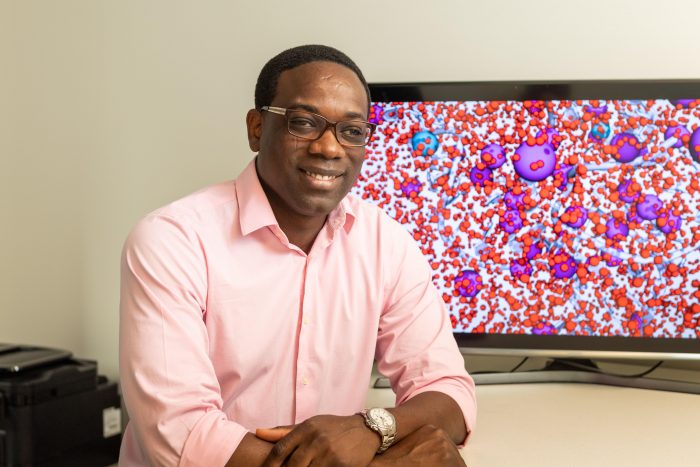 Aaron Frank is originally from Grenada, a small island in the Caribbean. After moving to the US in 2001, Aaron received his BA in chemistry from Brooklyn College in 2006, where he carried out research in the groups of Professors Charlene Forest, Shaneen Singh, and Alexander Greer. He then moved to Michigan to attend graduate school at the University of Michigan and then, with his Ph.D advisor Professor Ioan Andricioaei, moved to UC Irvine in 2008. Aaron received his Ph.D in chemistry in 2011. Following a 2 year stint at Nymirum Inc. — a small biotech company in Ann Arbor founded by a close collaborator, Professor Hashimi Al-Hashimi — he returned to the University of Michigan as a Presidential Postdoctoral Fellow where he was mentored by Professor Charles L. Brooks, III. Aaron is now an Assistant Professor at the University of Michigan in the Chemistry Department and the Biophysics Department.