My research falls into two general areas. The first area concerns urban governance and the politics of neighborhood redevelopment, and the second analyzes how political and organizational processes contribute to urban inequality.

My main line of research, drawing on four years of fieldwork observing community development politics in Boston, includes three papers and a book project. In the first paper, published in American Sociological Review, I argue that nonprofit community-based organizations are superseding elected politicians as the political representatives of poor neighborhoods. In the second paper, published in Social Forces, I use the tools of cultural sociology to understand how the urban poor can “participate” in public forums yet remain marginalized from important decisions affecting their neighborhoods. The third paper is currently in progress and rethinks our assumptions about who holds power in urban redevelopment politics.

My book manuscript, under contract with Princeton University Press, charts major structural changes in cities and analyzes how these changes have affected urban governance, community development politics, and neighborhood inequality.

2.  Politics, Organizations, and Inequality in Cities

In a second area of research, I am interested in exploring the relationship between politics, organizations, and urban inequality. The first project in this area explores neighborhood-level variation in political participation. In a paper co-authored with Carl Gershenson and published in Sociological Forum, we show how the ethnic and immigrant composition of neighborhoods affects an important, but under-researched political behavior: contacting local government for basic city services. Another paper, co-authored with Theodore Leenman, Carl Gershenson, and David Hureau and forthcoming in Social Science Quarterly, analyzes how neighborhood social processes—specifically, residential stability, immigrant concentration, collective efficacy, and concentrated disadvantage—affect city service requests, voter turnout, and neighborhood meeting attendance. Together, these two papers point to the relationship between urban social processes and unequal rates of political participation across neighborhoods.

With William Julius Wilson, I published a paper in the Journal of Urban Affairs critiquing the City of Boston’s “Circle of Promise” initiative, a holistic education policy designed to coordinate school reforms with local community-based organizational resources. Our analysis of the Circle of Promise points to the problem of “institutional entrenchment,” referring to institutional barriers to successful urban policies and the defense of the status quo. In the paper, we suggest ways for future policy to overcome the impediments of institutional entrenchment, and by extension, improve educational opportunities for students in underperforming urban schools. 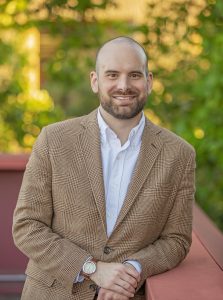