Greetings, Kelsey blog fans! You are in for a treat. This month’s Ugly Object is another rarely-before-seen feature from our vaults. Ladies and gentlemen, I bring you (drumroll please …) a box full of rocks!

I can guess what you’re thinking, but bear with me. Let’s virtually “unpack” this box.

What we’ve got here is a collection of high-quality marble samples. I can see some white and gray marbles and what could be a yellow giallo antico marble, among others. The samples are weathered so it’s hard to classify their exact marble type. But it’s safe to say they are the sort of decorative stones you’d find on the interior and exterior surfaces of buildings in ancient Rome.

These particular samples come from Carthage, Tunisia, and were purchased in 1893 by none other than Francis Kelsey himself from the Jesuit priest and archaeologist Père Delattre. Kelsey acquired construction materials like these to support his teaching, and they remain important access points to understanding ancient materials and technology. They also provide evidence of trade and connectivity in the Roman world. Marbles with specific colors and inclusions were highly sought after, and many of the rocks in this box probably traveled from another place in the empire before being cut and mortared onto a building at Carthage. For the geology enthusiasts in our audience, a number of Kelsey’s marble samples were part of a recent archaeometric study to identify where they were quarried. I for one can’t wait to read more about this!

Keep tuning in to the Kelsey Blog for more Ugly Objects as we continue to reveal more unseen highlights of the collection! 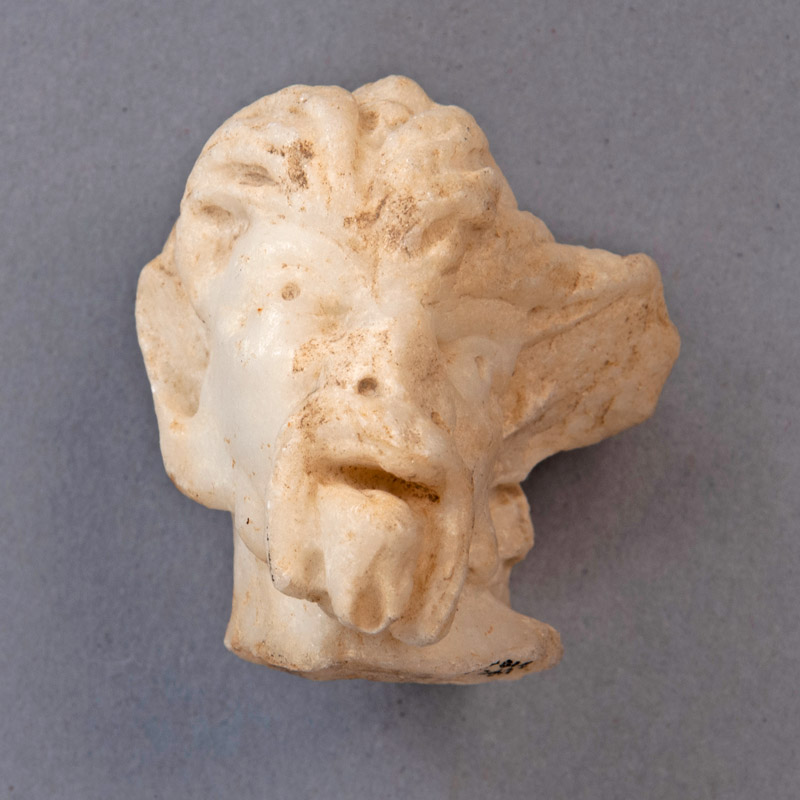 Since our museum isn’t open for physical visits, we’ve decided to be even MORE open virtually. We’re cracking open the storage vaults: last month, this month, and until whatever month we can get back in the galleries, we’re highlighting ugly objects in our storage cabinets.

I was inspired to write about this object during a walk; I don’t know about you, but I am LOVING the spring weather we’re experiencing here in Ann Arbor. I’ve noticed quite a few fairy doors and houses — a well-documented local tradition — during my walks around the neighborhood, and these have inspired our latest, Pan-like Ugly Object pick.

This marble head of a faun was discovered in Carthage, Tunisia, and was carved sometime between the second and third centuries AD. It was probably once a part of a larger sculptural relief, perhaps a sarcophagus. You’ll immediately see that things are more than a bit off with this creature’s face and head. It kind of looks like it’s being sucked into a vacuum — and surprised by this fact. Distortions like this are not uncommon among figures carved in high relief. Our faun probably wasn’t intended to be seen square in the face, but rather at an angle.

This head was one of a number of sculpture fragments selected for Elaine Gazda’s sculpture class this past semester. Students were asked to examine a fragment and determine its likely origin based on its condition, shape, carving detail, and other visual clues. What they were able to learn from these fragments was quite impressive, and illustrates what the close examination of a broken and incomplete artifact can reveal. 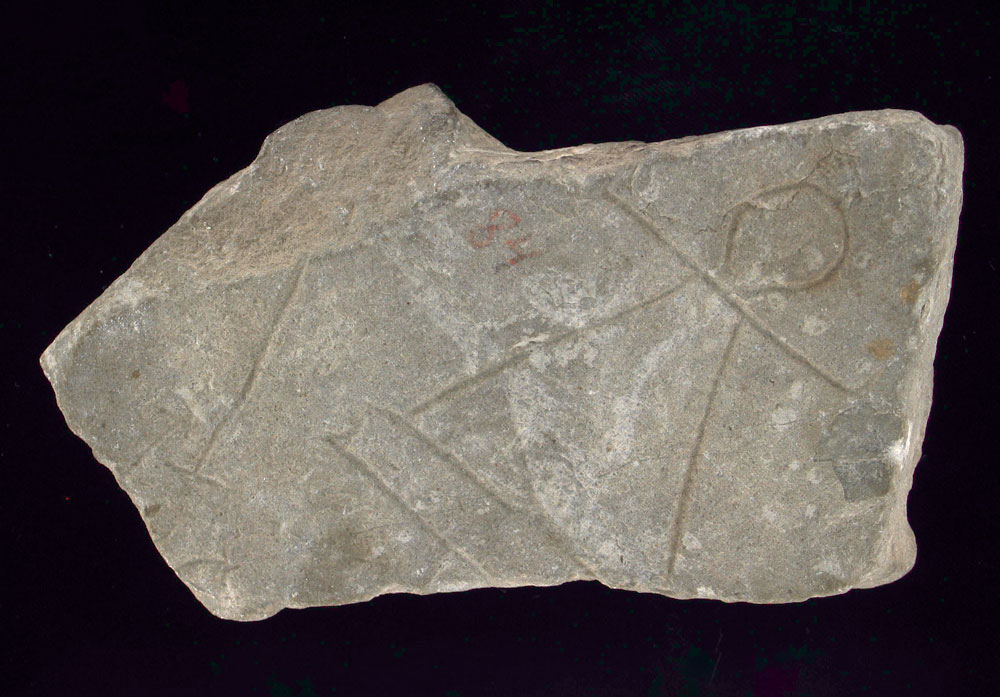 My survey of the Kelsey’s stone collection has proven to be a rich source of material for our Ugly Object blog roll. Stone can be durable, which is why we build with it and why so many ancient structures remain. But like many things that seem tough, stone has a less visible softer side. Sedimentary stones, especially, can break down over time into fuzzy, diminished forms of their former selves, which is what has happened to the stela fragment featured here.

Although the artifact’s surface is scuffed and weathered, we can still make out a triangular, incised female form. This unassuming figure is a symbol the Punic goddess Tanit, a deity worshipped in Carthage and who appears in many forms of ancient North African material culture. The Tanit symbol is simple but powerful, and redeems this otherwise lackluster fragment of limestone, which can be seen on display in the Roman Provinces gallery of the Upjohn exhibit wing.

Excavating Archaeology, the Kelsey Museum’s latest exhibition, is still open and available for viewing in the Ed and Mary Meader Gallery now through the end of the academic year (May 27, 2018). On display are two centuries worth of artifacts and archival materials associated with both the Kelsey Museum of Archaeology and the University of Michigan Museum of Anthropological Archaeology (UMMAA). This assemblage of diverse historical items was acquired from 19th-century collecting expeditions as well as from rigorous scientific excavations of the 20th and 21st centuries, and highlights the University of Michigan’s strong presence in the emerging field of archaeology since its founding in 1817. Visitors to Excavating Archaeology will see artifacts from the Philippines, United States, North Africa, South America, and Asia. And this is just a taste! There is so much more, but we did not have space to show everything.

Francis W. Kelsey played a significant role in a number of excavations associated with the Kelsey Museum. In the early 1920s, Kelsey acquired funding to initiate Michigan-sponsored excavations at three ancient sites: Karanis, Egypt; Antioch, Turkey; and Carthage, Tunisia. Kelsey already had experience at Carthage; on a visit to that site in 1893 as part of a voyage through the Mediterranean region, he made his first purchase of ancient artifacts. These would become the seeds of the Kelsey Museum collection (the very first object registered, KM 1, a lamp fragment, was among those purchased). It was to Carthage that he returned in 1924 to further his studies of the ancient world.

For this month’s “From the Archives,” we present archival materials associated with the excavations at Carthage. We have some telegrams Kelsey sent and received concerning the excavation of the site. With our modern cellular phones and emails and instant chatting capabilities, the telegram may seem very antiquated, but in Kelsey’s time it was the fastest way to communicate with people far away. We also have some drawings of the site, and a letter to Kelsey from the associate general director of excavations, Byron Khun de Prorok. We present only the first page here as a teaser, but it serves to show how part of an archivist’s work is to decipher handwriting. With practice, we may become familiar with a certain individual’s penmanship, but that doesn’t always make reading the letters any easier.

The University of Michigan has had much experience conducting excavations around the world, and will continue to have a presence for years to come. It is on us, we who work with the archives, to excavate that archaeology in order to inform future projects.

Kelsey Museum archival collections associated with the excavations at Carthage, 1924