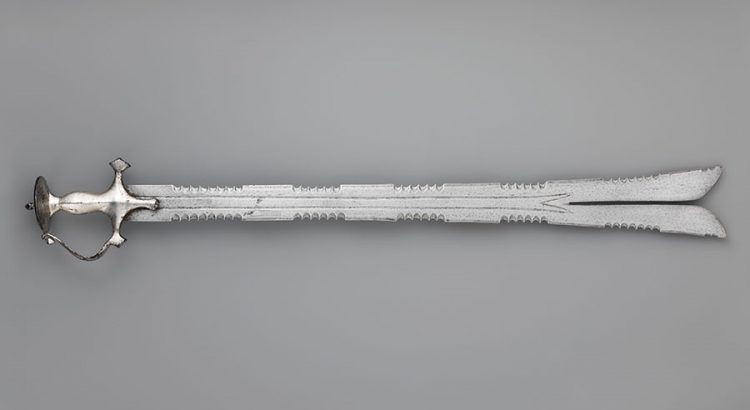 According to legend, during the Battle of Uhud against the Meccans in 625, the Prophet Muḥammad presented Dhu’l Fiqar, a bifurcated sword imbued with preternatural powers to ‘Ali. The sword is arguably the most important weapon in the Islamic world, and is regarded as an emblem of victory, power, and of ‘Ali himself. Here, we take a look at a few objects from across a wide chronological and geographic spectrum that demonstrate the sword’s significance.

Rachel Parikh is the Assistant Curator of Asian and Middle Eastern Art at Worcester Art Museum (Worcester, MA). She specializes in South Asian and Islamic painting as well as arms and armor. Prior to joining the Worcester Art Museum, Rachel worked at the Harvard Art Museums; the Metropolitan Museum of Art, New York; and the Art Institute of Chicago. She received her Ph.D. from the University of Cambridge.