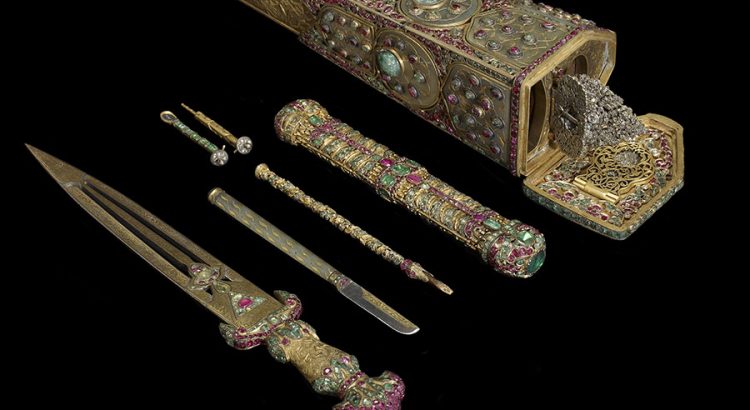 Take a virtual tour of some of the highlights of Islamic Art at the Walters Art Museum (Baltimore, MD) with Ashley Dimmig, Wieler-Mellon Postdoctoral Curatorial Fellow in Islamic Art. Explore a variety of objects in various media—including a stunning jeweled gun—that span a millennium of time and represent different cultures across the Islamic world.

The Online Collection of Manuscripts at the Walters Art Museum

Ashley Dimmig is currently the Wieler-Mellon Postdoctoral Curatorial Fellow in Islamic Art at the Walters Art Museum in Baltimore. Her fields of specialization include a range of art and architecture from Turkish and Persian spheres in the early modern and modern periods. With a fine arts background in fiber arts and weaving, Dimmig is especially interested in textiles across the Islamic world. Dimmig completed her PhD at the University of Michigan in 2019 and also holds two Master of Art degrees—from Indiana University Bloomington and Koç University in Istanbul—as well as a Bachelor of Fine Arts degree from the Kansas City Art Institute.