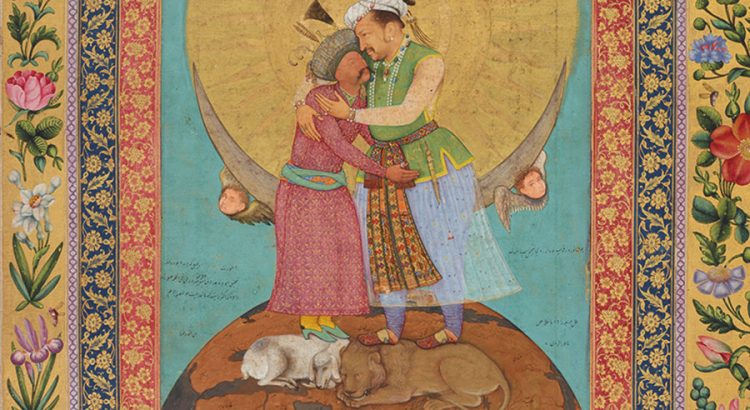 Sometime around the early seventeenth century, the painter Abu’l Hasan depicted his patron, the Mughal emperor Jahangir (r. 1605–27), encountering his contemporary and rival, the Safavid ruler Shah ‘Abbas (r. 1588–1629), in a dream. This presentation explores the implications for interpreting this unusual painting as a dream image, and it addresses the important connections between this work and the sacred geography of Ajmer and its environs, the location of Jahangir’s dream and the setting where Abu’l Hasan painted this stunning masterpiece.

Emperor Jahangir and Shah Abbas in the St. Petersburg Album at the Smithsonian’s National Museum of Asian Art.

Yael Rice is assistant professor of art history at Amherst College. She received her PhD from the University of Pennsylvania. She specializes in the art and architecture of South Asia, Central Asia, and Iran, with a particular focus on manuscripts and other portable arts of the fifteenth through eighteenth centuries.