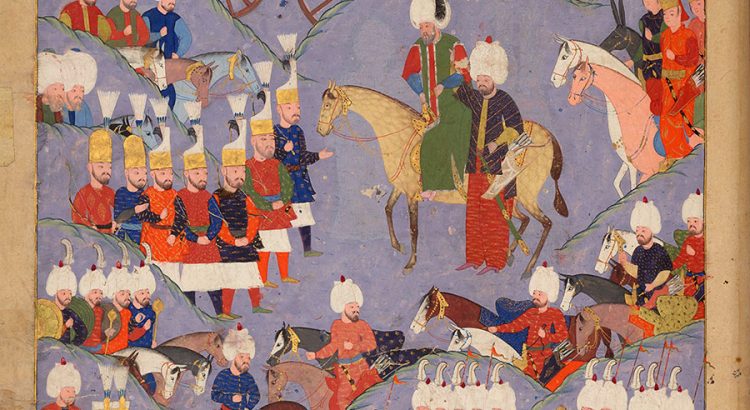 This talk introduces Ottoman painting through an examination of illustrated histories, which were the most popular works chosen for illustration during the sixteenth century. Through a close study of two manuscripts, we explore why these books were illustrated, what kinds of topics they focused on, and how they were used. The manuscripts examined here are “The History of Sultan Suleyman” (also known as “The Book of Victory” or Zafarname) and “The Cream of Histories” (Zübdetü’t-tevarih), both composed by the court historian Seyyid Lokman and illustrated by artists associated with the palace workshops. Prof. Fetvacı would like to thank the Chester Beatty Library for allowing her to use their images in this presentation; the images can be found on the Chester Beatty Library’s website: www.chesterbeatty.ie

Fetvacı, Emine and Christiane Gruber, “Painting, From Royal to Urban Patronage.” In A Companion to Islamic Art and Architecture, edited by Gülru Necipoǧlu and Finbarr Barry Flood, 874-902.  Wiley-Blackwell, 2017.

Emine Fetvacı is Associate Professor of Islamic Art at Boston University. She is the author of Picturing History at the Ottoman Court (Indiana University Press, 2013), and The Album of the World Emperor: Cross-Cultural Collecting and the Art of Album-Making In Seventeenth Century Istanbul (Princeton University Press, 2019), and the editor, with Erdem Çipa, of Writing History at the Ottoman Court (IUP, 2013).