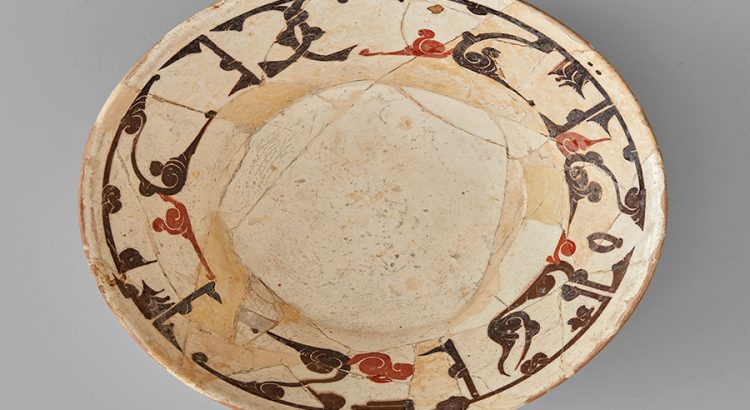 Ceramic dishes of the Samanid period (819-1005) are known for the inclusion of epigraphy in their decorative programs. Inscriptions include proverbs praising moral qualities, such as generosity, planning, and wisdom. This presentation explores a Samanid epigraphic dish in the Aga Khan Museum collections and compares its epigraphic contents to a 19th-century English dish, which features the well-known phrase “Waste Not Want Not.”

Marika Sardar is Curator at the Aga Khan Museum, having previously worked at the Museum of Islamic Art in Doha, Qatar, the San Diego Museum of Art, and the Metropolitan Museum of Art. Major exhibitions include Interwoven Globe (2013), focusing on the worldwide textile trade from the 16th-18th century; Sultans of Deccan India, 1500-1750 (2015), examining the artistic traditions of the Muslim sultanates of central India; and Epic Tales from Ancient India (2016), looking at narrative traditions and the illustration of texts from South Asia.