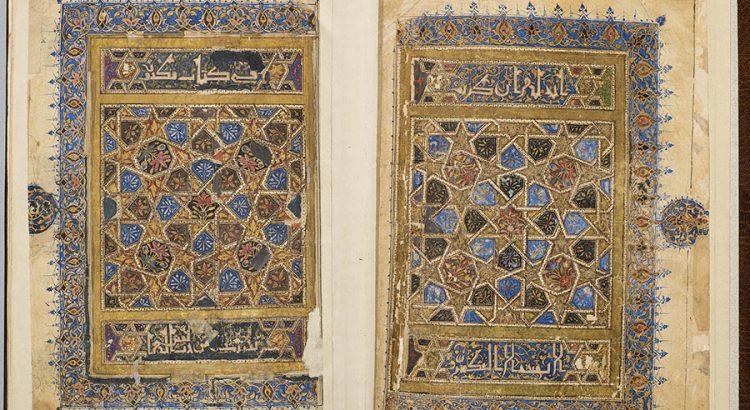 Completed in 1399, the Gwalior Qur’an features illuminations, commentaries, and notations in addition to the Qur’anic text. These include a set of instructions to use the Qur’an as a divinatory text—the earliest known example of its kind. This rich and varied compendium of texts speak to the cultural and historical context that informed manuscript production in South Asia during the Sultanate period (1192-1526).

Brac de la Perriere, Eloise, Frantz Chaigne and Mathilde Cruvelier. “The Qur’an of Gwalior, Kaleidoscope of the Arts of the Book.” In Treasures of the Aga Khan Museum: Arts of the Book and Calligraphy, edited by Margaret Graves and Benoit Junod, 114-23. Istanbul: Sakıp Sabancı Müzesi, 2010.

Losty, Jeremiah. The Art of the Book in India. London: The British Library, 1982.

Marika Sardar is Curator at the Aga Khan Museum, having previously worked at the Museum of Islamic Art in Doha, Qatar, the San Diego Museum of Art, and the Metropolitan Museum of Art. Major exhibitions include Interwoven Globe (2013), focusing on the worldwide textile trade from the 16th-18th century; Sultans of Deccan India, 1500-1750 (2015), examining the artistic traditions of the Muslim sultanates of central India; and Epic Tales from Ancient India (2016), looking at narrative traditions and the illustration of texts from South Asia.