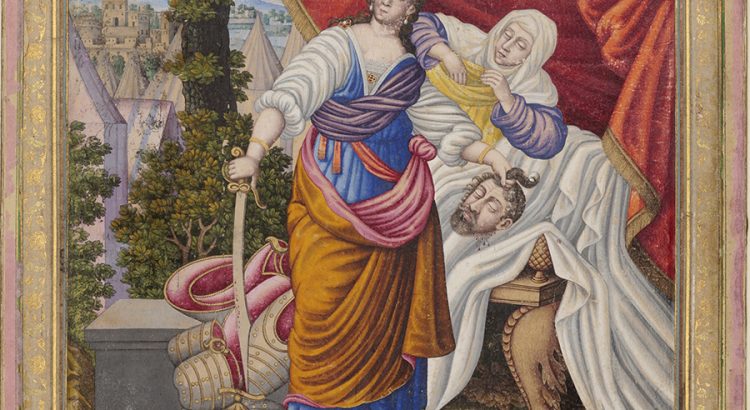 The Depiction of European Women in Late Safavid Paintings

This talk presents a group of 17th-century Persian paintings made in the farangi-sazi or Occidentalist style. It focuses in particular on depictions of females whose iconography is of European origins. Inspired by the print medium, some of these compositions recall Persian depictions of Shirin bathing, while others depict biblical saints such as the Virgin Mary. Taken as a collective, these paintings craft a visual form of Occidental exoticism and also provide insights into Iranian perceptions of European subjects and themes during the early modern period.

Habibi, Negar. “From Khazana to Audience: On the Making of New Art in the House of Shah Soleyman.” In Safavid Persia in the Age of Empires, edited by Charles Melville, 217–38. London: I.B. Tauris, 2021.

Habibi, Negar. “Zan-i Farangi, a Symbol of Occident: The European Women in Farangi Sazi Paintings (1666-94).” In Iran and the West: Cultural Perceptions from the Sasanian Empire to the Islamic Republic, edited by Margaux Whiskin and David Bagot, 225–40. London: I.B. Tauris, 2018.

Negar Habibi is an art historian, lecturer in Islamic and Iranian Art History and Soudavar Foundation fellow at the University of Geneva, Switzerland. Her research focuses principally on paintings from early modern Iran. Adopting a multidisciplinary approach, her academic work centers on the artists’ career and life, the authenticity of their signature, gender issues and artistic patronage. She has published several articles on the art and artists of late seventeenth-century in Iran, and her book titled ʿAli Qoli Jebādār et l’occidentalisme safavide: une étude sur les peintures dites farangi sāzi, leurs milieux et commanditaires sous Shah Soleimān(1666-94) was published by Brill in 2018.