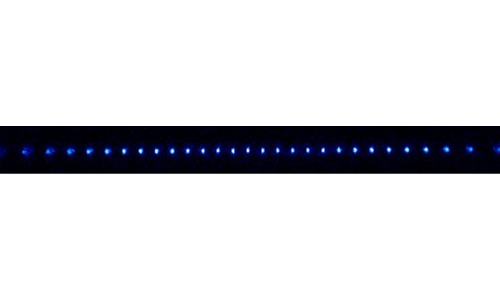 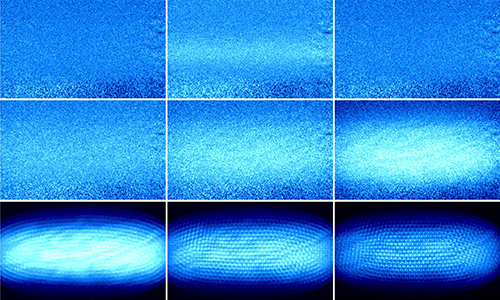 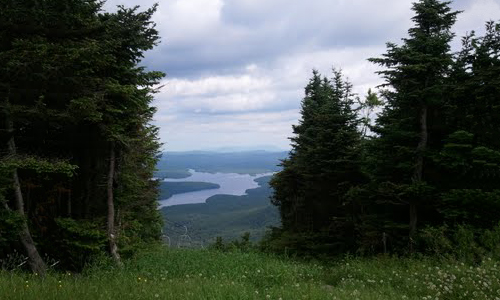 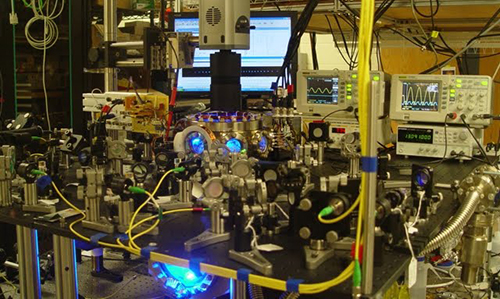 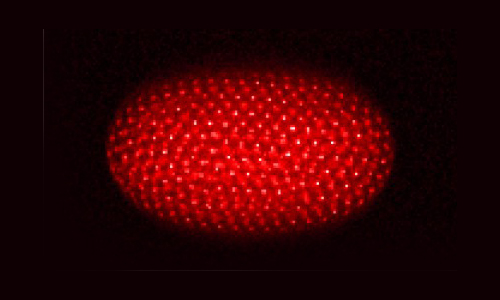 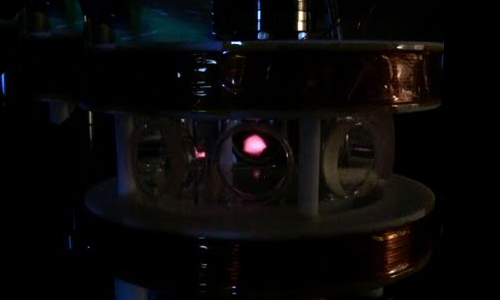 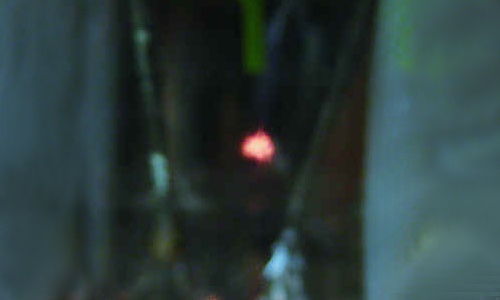 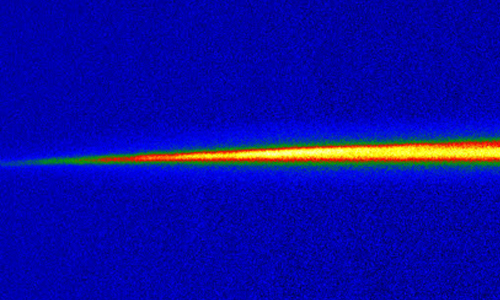 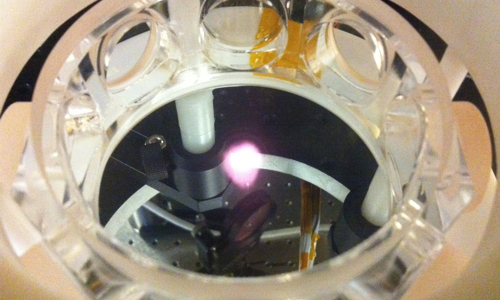 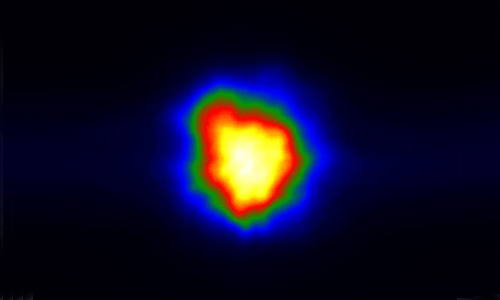 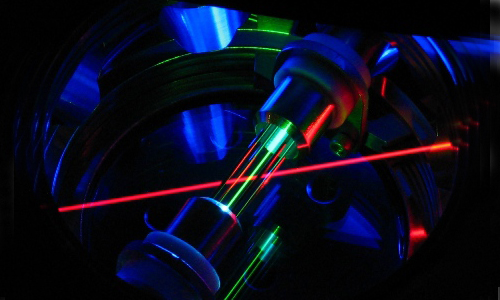 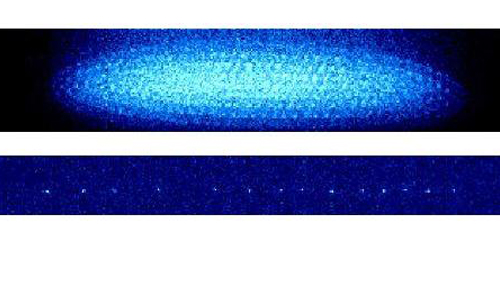 Linear chain of triply charged thorium ions.
Pictured are several frames of the laser cooling and Wigner crystallization process for triply charged thorium ions loaded into a linear rf trap at ultrahigh vacuum. The final crystal is ~16,000 ions and about 2 mm tall.
Gordon Conference on Atomic Physics 2011.
Thorium setup 2012.
The above image displays a prolate ellipsoidal Wigner crystal of triply charged thorium ions confined in a linear rf trap. These ions are laser-cooled and stored for a large fraction of an hour. The inter-ion spacing is ~100 microns.
A laser-cooled sample of 85Rb atoms (pink spherical cloud)
The above photo features an ultra cold cloud (~100uK) of 109 neutral 85Rb atoms suspended in ultra high vacuum via a magneto-optical trap. This sample of atoms is used for storage of quantum information.
The above image displays the fluorescence of laser-cooled neutral rubidium-85 atoms confined in an optical force dipole trap. These ultra cold atoms are used as a quantum information storage medium with an extended memory lifetime.
An image of cold atomic cloud about to be loaded into an optical lattice for long-term light storage experiment
The above image displays the fluorescence of laser-cooled neutral rubidium-85 atoms collected by a back lit CCD array. These ultra cold atoms are collectively used to store quantum information.
The above photo features a modified linear Paul trap which is used for trapping and laser cooling trace amounts of triply charged thorium-229 ions.
The above image displays the fluorescence of laser-cooled thorium-232 ions confined in a linear Paul trap. These ultra-cold ions form a crystalline structure due to the balance of trapping forces and Coulomb repulsion. There are approximately 1700 ions in the large crystal and 14 ions in the linear chain. The average ion separation is ~100 microns.