“I’m fine,” Ani says.
Rage fills her right hand then overflows like a venti poured in an espresso shot.
Steam and heat; hot-headed and mad; bitter black coffee, bitter taste and bitter disposition in a container too small
for sensation to yet be realized.
Her friend Lena asks: “So was he cheating on you?”
Ani manages a shake of her head;
Flax gold curls bounce over the boundaries of her face,
Wave in front of eyes swollen with stubborn tears

The fervor ruminates.
A memory crawls from her brain.
A metallic sound, like pie tins smashed together.
It pulls at the roots of hair left truncated in her legs
Aches like a fatigue in her knees
Woken sensation held dormant in a primeval holding cell
The rattle of the bars; the will to run
The sound of the metal shutters on the windows of her house.
The sound they make when struck, like when her father played catch with her as a kid and the ball would evade her
reach and fly into the rusted, powder blue panels.

When the ball had jetted clean past her small hands enough times: wet would overtake her sight.
She would hurl herself down at the sun-bleached blades of the august lawn and throw a tantrum.

That’s what she wants right now, to throw a tantrum like a cinder block through a windshield.
Shatter and warp glass into a violent, sequined fabric to reflect her attitude.
Drive the deformed automobile home, grab her old, pink, little league bat with the smiley face and the cute white
and yellow daisies and strike her now ex-boyfriend in the head with it.

She wants him to stand there unphased, like a boxing dummy.
No crunch of bones, snapped ligaments, torn muscle or blood stains left to brown on the concrete.
Ani wants the sound of the metal shutters.
Sensory feedback she associates with this infantile helplessness.
For him to take the hits, crash and screech like a train derailment.
To draw it forth in every home-run-worthy swing.
Aggressive, deplorable catharsis.

Bash him so hard it spins the entire Earth backwards.
And this time, instead of: “I’m sorry, I realized I have feelings for someone else.”
Instead of: “It’s okay, at least you were honest.”
Instead of: polite, understandable, charming.
This time, he doesn’t leave her unable to express this anger.

Because she is angry, baseball bat to the right temple malicious.
But the situation is all too civilized for the animal she’s become. 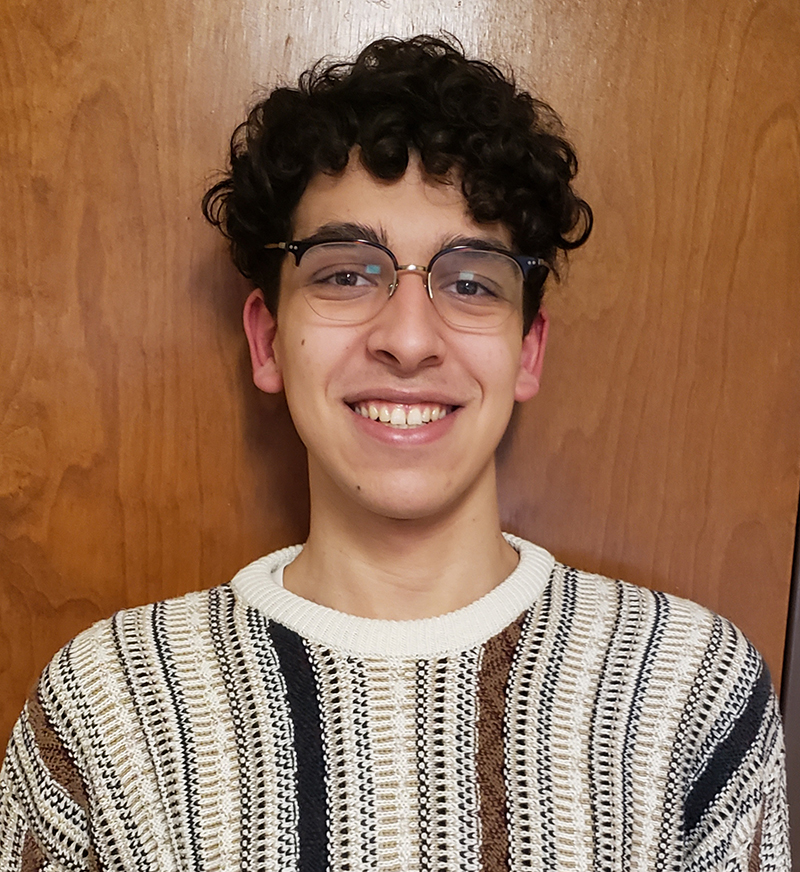 Alejandro Derieux is majoring in physics at the University of Michigan. His work is inspired by the 80 GB of music on his phone.