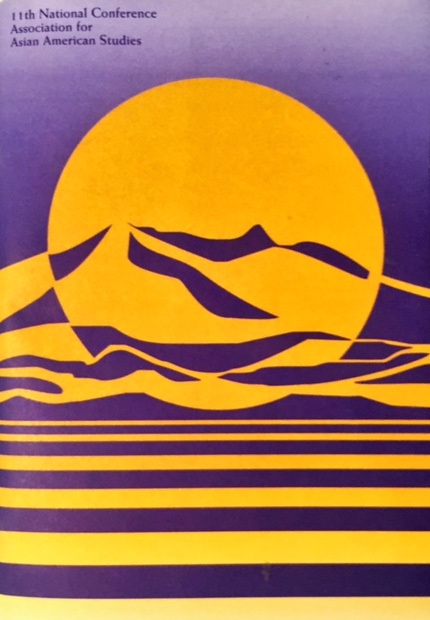 In this episode, we’re listening to the voices of Dr. Amy Kuʻuleialoha Stillman, Tait Sye, and Sungjee Dianne Ro as we explore how the Asian Pacific Islander American (APIA) community has negotiated, defined, and redefined themselves throughout the years by challenging the perpetual foreigner stereotypes, asserting their presence and rights as Americans, and extending the community to encompass Pacific Islanders.

Photo, from left to right

Tait is a veteran communications strategist with more than fifteen years’ experience in the government, nonprofit and private sectors. He holds both a Master’s degree in Education and a Bachelor’s degree in English from the University of Michigan.

Amy is a professor of American Culture and Music, the former Director of Asian/Pacific Islander American Studies at the University of Michigan, and is a leading scholar of Hawaiian music and dance.

Dianne is a junior at the Ross School of Business, concentrating in Finance and Accounting, and a minor in the APIA Studies program. On campus, she is involved in the Korean Student Association and the Midwest Asian American Studies Union. The Origin and Evolution of Michigan’s A/PIA Program

The 1960s and 1970s were a period of significant student activism in the United States. Student protests erupted across the nation during the anti-war movement, women’s movement, free speech movement, civil rights movement and the Third World Liberation Front. The Third World Liberation Front (twLF) strikes began in November of 1968 at San Francisco State College (SFSC, now San Francisco State University), when the Black Student Union (BSU) joined with twLF student groups to protest for an ethnic studies college on campus.[1] Student groups that joined the effort included: Latin American Student Organization (LASO), Intercollegiate Chinese for Social Action (ICSA), Mexican American Student Confederation, Philippine American Collegiate Endeavor (PACE), La Raza, and Native American Students Union. The Asian American Political Alliance (AAPA) was the last organization to join the efforts. The coalition of student groups demanded the creation of ethnic studies programs at the college so that students could study the non-Eurocentric American history of various ethnic groups from critical perspectives. The programs were to be run and taught by faculty of color, with an expansive offering of courses at the college.

Those not familiar with the program or curricula may not be aware of what an ethnic studies program is or why it is important. Renowned Asian American studies professor Evelyn Hu-Dehart writes: “ethnic studies seeks to recover and reconstruct the histories of those Americans whom history has neglected; to identify and credit their contributions to the making of U.S. society and culture; to chronicle protest and resistance; and to establish alternative values and visions, institutions and cultures.”[2] Prior to the creation of separate ethnic studies departments and programs, histories, culture, and contemporary issues for students of color were oppressed, or as in the case of Asian Americans, often hidden and untold. Student activists recognized the importance of fighting for inclusion in American history and curriculum, and took great steps to become legitimized by their universities—first at SFSC, and then at UC Berkeley and various California colleges and universities thereafter.

Shortly after the strikes began at SFSC, students at UCB “were moved to call on our classmates to support them.”[3] UCB students initiated their own strike in January of 1969, calling for the creation of ethnic studies programs at their institution. Student groups from both institutions began communications with one another beginning in the spring of 1968, and members of the AAPA organized an issues forum at UCB that united various student activists from third world student groups, including the Black Panthers.[4] Richard Aoki, a Japanese American student at UCB, famously was the only Asian American to hold a leadership position in the Black Panther Party. On January 22, 1969, prior to UC Berkeley joining the strike, a number of meetings were held on the UCB campus known as the “Yellow Symposium.”[5] As a result of the meetings and speaking, the AAPA organizers decided to join the twLF and created a number of chapters at colleges primarily in California and Hawaii. The students drafted a list of demands for the UCB campus modeled after the SFSC demands regarding the creation and administration of Third World Studies programs, demanding full program autonomy over decision-making, curriculum, faculty hiring, admissions, promotion, and research.

Six days after the strike began at UCB, police showed up on campus to maintain order and minimize classroom disruption. The police presence increased over the next couple of weeks and on February 19, 1969, police used mace on students for the first time and then tear gas the following day.[6] The use of police violence escalated tensions on both sides, resulting in a confrontation with police and students and two overturned police cars. Governor Ronald Regan sent in the national guard on February 27 after students protested the UC Regents’ meeting, and over the course of several days 150 students were arrested, with another 36 suspended. AAPA and twLF students were unsettled by the violence and escalated negotiations. However, they were able to declare victory when on March 4, the Academic Senate voted to create an interim Ethnic Studies Department.[7] A plan was put in place to create a permanent program and twLF called off the remaining strike activities.

Chapter 2: (In)Visibility at the University of Michigan

Searches through the Bentley Historical Library archives yielded few artifacts and little information on the origin of the Asian/Pacific Islander American (APIA) program at the University of Michigan. Likewise, the Michigan Daily reported minimally on the development of the program. Rather, the most salient components we found were not stored at the Bentley or in the Michigan Daily, but were carried untold within individuals.

Dr. Amy Stillman, the former director of the APIA program, shared that Asian American studies was a product of student activism which led to the birth moment of ethnic studies during the Third World Liberation front strikes. Asian American students formed “One life in Unity” during the Vietnam War, but though it disbanded after the war, East Wind was formed in 1973. As a student organization at the University of Michigan that participated in the 1973 Third World Solidarity conference on campus, East Wind was active in pushing for recognition and rights for Asian American students on campus. In 1974, student organizers challenged the university administration and a study was produced to assess needs of Asian American community and deficiencies of University facilities and services. Additionally, a proposal was submitted for the establishment of an Asian American Advocate to the Vice-President of the Office of Student Services. However, the administration’s response was that the proposal failed to show that Asian Americans were discriminated on U-M campus and that existing services to minorities were adequate; there was also inadequate funding for an Advocate’s office.

Throughout the decade, East Wind was highly involved in challenging the university administration especially in the University’s recognition of Asian Americans as minorities. In 1975, East Wind staged a sit-in and demonstration at the Administration Building. This finally deemed a valid response in the Vice-President of the Office of Student Services issuing a signed statement of commitment to Asian American students, though not all students were in favor of East Wind’s “lefist” politics. In addition to its political activities, East Wind provided peer counseling (academic, psychological and career) to students on campus along with programs on history and culture, emphasizing Asian American visibility and importance as a minority group.

East Wind, now the Asian American Association, continued to be active throughout the 1980s with an umbrella student organization, the United Asian Organization, forming in 1987 to support the six existing Asian American student organizations. Some students expressed frustration at being the invisible minority group, and pointed out that the perceptions of their overrepresentation makes people believe they don’t share problems of other minority groups (such as racism and stereotyping). The formation UAO occurred very close to 1989 when the first two faculty, Steve Sumida and Gail Nomura were hired. The professors worked with students to establish a permanent Asian American Studies Program at the University of Michigan. In 1994, Dr. Sumida and Dr. Nomura named the program the Asian Pacific American (APA) program. Dr. Stillman shared that the early founders used Pacific in naming the academic program because they were both Hawaiian. If we take a closer look at the timeline, the birth moment for ethnic studies occurred in 1968. The question, then, is why did it take 26 years for the APA program to be established at the University of Michigan in 1994? What does this suggest for how institutions value and include minority groups? A 1988 opinion piece in the Michigan Daily stated that Asian concerns are excluded:

Professor Nomura argued that Asian Americans have a shared history because it has been one of exclusion. She stated, “[O]ur long history of oppression [and the] anti-Asian exclusion movement…have seriously impeded the development of our communities both individually as well as a whole Asian American community. Our history in this country is a unified history because of exclusion…”  (p.4).

After building the program for 10 years, both professors left the University of Michigan in 1999. Dr. Stillman, being the only tenured faculty member at that time, stepped up to fill the role of director for the program. It was at this time that she changed the name to include Asian/Pacific Islander American (A/PIA). During this second phase in 2000 there was a key initiative proposed by four of the interdisciplinary programs (American Culture, Women’s Studies, African Studies, Comparative Studies) who put forward the case to the College of Literature, Science, and Arts (LSA) to be granted the privilege to be a department, which included being a tenure home with initiatives for new hires. The Program Enhancement Initiative was granted and developed under Dean Shirley Neuman. Six hiring offers were made with three new hires in 2000 leading to the rebirth of the A/PIA program. By 2002, there were eight faculty members total in the program, four of whom identified as Pacific Islander scholars.

Currently, a former University of Michigan faculty member and current University faculty member are joining together to bring a lawsuit against the University, making claims of racial discrimination and harassment. They are seeking damages in the form of lost salaries and emotional harm, drawing attention once again to how Asian Americans are treated at U-M. The lawsuit affects the A/PIA program directly since both faculty members taught courses within the program. A University spokesman said the University would be contesting the charges, but provided no further details.

As U-M celebrates its progress as an institution, it is crucial to focus on what may be left out of the mainstream narrative of Asian Americans at the University. We found pattern of invisibility throughout the development of our research. Though we were only a team of three exploring a concentrated timeline of the origin and evolution of the A/PIA program on campus, more needs to be done to capture these narratives because they are important components that make up the University of Michigan historical context; otherwise, the stories of Asian-American and Pacific Islander-Americans will be continue to be underrepresented in the archives.

Kuohung, V. & Nomura, G. (1991). Activist professor at the University of Michigan: An interview with Gail Nomura. A symphony of voices: An Asian American women’s journal, 3-10.