Can you introduce me to some examples of the writing by the contemporary Native poets, fictionists and scholars in the First Peoples initiative? What writing feels especially necessary in this moment?

The First Peoples presses have published several noteworthy tribal histories, ethnographies, and critical theory books over the past few years and they have all made singular contributions to the field. One of the newer publications I’m really excited about is called Sovereign Erotics (University of Arizona Press 2011). It’s the first collection of Indigenous queer and Two-Spirit writing to be published since the 1980s and it brings together some incredibly talented writers and poets in a beautiful collection of work.

Although First Peoples was originally envisioned as being a scholarly monograph initiative, the presses I work with all recognize that creative writing and artistic expression are central grounds for Indigenous resistance, decolonization, and activist efforts and that these contributions do constitute scholarship in their own right and thus deserve a spot in the initiative.

Books like Sovereign Erotics can serve as interventions to hegemonic constructions of Indian and queer identity so it’s really important that people are writing, publishing, and reading books like this. One of our advisory board members, Daniel Heath Justice is a science fiction writer in addition to being tenured faculty at the University of Toronto’s English department. He argues that Native genre fiction – fantasy, science fiction, etc. – is instrumental in the process of imagining possible futures for Indigenous peoples. In recent years, I’ve heard scholars make the same argument made about Indigenous hip-hop and other performance arts as well, so I think it’s really exciting that First Peoples is able to support some of these varied forms of artistic expression.

What does the First Peoples grant and its aim of publishing more Native writers have to do with a critical, topical discussion of the way identity is performed and appropriated in fashion and visual culture?

Some of our authors address issues of identity and appropriation directly but more than that I think that First Peoples helps foster counter-narratives to the images of Indigenous peoples that circulate in popular culture – from team mascots to the tribal trend that’s so popular right now. So I don’t know that it speaks directly to these issues, but it does support dialogues that are empowering and enlightening and that privilege the voices of Native peoples.

The questions you are pursuing in your scholarship and in the authors published in the First Peoples grant really point to the way scholarship can intersect with representations of culture. Do you see an overlap between your PhD work and your work with First Peoples?

Well, my decision to go back to school for a PhD was directly influenced by my work with First Peoples. I travel to a lot of academic conferences for work and get to sit in on truly inspiring talks by scholars working in the field of Indigenous studies. One of the early symposia I attended as the First Peoples coordinator was the Indigenous Sexualities Symposium, organized by Robert Warrior at the University of Illinois Urbana Champaign, a meeting that brought together some brilliant thinkers in this area of research for a day of presentations and discussion. A key message I heard at that symposium was that sexual and gender norms were fundamental tools of colonialism that have been understudied because it has been branded a taboo subject in many Native and scholarly communities. I saw that relating directly to earlier work I’d done in my Master’s thesis on how eroticized depictions of Indigenous women – or non-Indians in Indigenous dress – appeared in tourism brochures and postcards in Mexico beginning in the 1920s and 30s. So given all that I was learning at that and other conferences, I was inspired to go back to school and continue working on some of these issues myself.

In your own PhD work, you focus on some of the links between Indigenous studies and popular visual culture.  Can you tell me about a project that you’re working on now?

I’m currently researching the India Bonita beauty pageant, a national event held in Mexico City in 1921. Nearly every day for about seven months the newspaper that was hosting the pageant published photographs of Indigenous women along with explanations of why their physical features, dress, and demeanor made them “legitimate” Indians. The paper conceived of the pageant as a civic education opportunity to, ostensibly, teach the nation about Indigenous beauty. However, the judges and editorialists writing about the pageant also tapped into eugenics discourse and other scientific thinking on race of that time in order to publicly frame indigeneity in racial terms.

The pageant took place during  a critical moment for Mexico because the nation was just emerging from ten years of armed combat in which a million people had died and a million more were displaced. The new revolutionary leaders needed some way to unify the nation so that the Indigenous masses would feel invested in the nation’s future and to quell any further rumblings of revolt. They did so by launching cultural campaigns that valorized certain aspects of indigeneity like crafts, music, dance and, in the case of India Bonita, a very particular version of Indigenous beauty.

So, the pageant is an important event to look at because it was so central to defining what the acceptable parameters of indigeneity and Indigenous inclusion in the “modern” nation could look like It also deeply influenced popular representations of Indigenous women in Mexico. One of the things I hope to illustrate in my dissertation is that you can see the pageant’s influence on popular visual culture – from calendar art and film to postcards and product labels. I argue that the concept of indigeneity that was developed at that time continues to influence the ways Indigenous peoples are conceptualized today in Mexico so I think it’s important to interrogate what messages are encoded in the images that were circulated so widely in the 1920s and 30s.

The hipster headdress refers to this trend of non-Native hipsters wearing knock-offs of Plains-style headdresses at concerts and parties, or in other places far removed from their intended context. It’s part of a long history of the appropriation of Native culture by mainstream society–Phillip Deloria has written extensively on how the act of “playing Indian” has been central to constructing American identity, as far back as the Boston Tea Party. But over the past few years the trend has resurged and is perhaps more mainstream than it has been in the past.

The hipster headdress is particularly problematic because it trivializes and objectifies an important aspect of Indigenous cultures in a misguided and irreverent manner. I’ve heard a lot of people defend the hipster headdress saying that it’s the same thing as wearing a crown or eating a pizza – that borrowing from and imitating other cultures is part of human nature. However, when you look at the history of genocide and other atrocities that Native Americans have experienced because of white settler colonists, the practice of appropriating their religious and cultural practices suddenly seems much more atrocious. When I see pictures on tumblr or facebook of the hipster headdress in action, it’s typically being worn by scantily clad women in a kind of sexy Indian costume. These sexualized performances of indigeneity are troubling considering the fact that violence against Native women is astronomically high (an estimated one in three Native women will be raped during their lifetime). I’m not saying there’s a direct link between hipster ladies wearing bikinis with headdresses and Native women suffering sexual assault, but I do think there is a lingering colonial mentality that normalizes violence against Native women because they are fundamentally thought of as being sexually violable subjects. Andrea Smith, another Indigenous scholar I have a lot of respect for, has written extensively about how the same colonial logic that justifies such rampant sexual violence against Native women is used to justify widespread exploitation of Native lands and resources. In other words, this is all part of a social mentality that oppresses the original inhabitants of this land and hipster headdresses and those who don them are guilty of perpetuating this exploitative, genocidal logic.

Adrienne Keene of Native Appropriations has written extensively on the topic so I usually send people to her blog if they’re interested in learning more.The âpihtawikosisân blog has hall of shame that shows a lot of bad hipster headdresses in action.

What are the reasons you believe that this appropriated version of a Native headdress has been deemed “hip” by corporations such as Urban Outfitters?

I think that Urban Outfitters and other corporations that capitalize on the hipster headdresses and the tribal trend in general are part of the problem, and perhaps even more to blame because they produce these products in mass quantities. The underlying message I see when I look at some of the Urban Outfitters products that have come out in the past year (products called the Navajo hipster panty and the Navajo flask being some of the most egregious examples, and whose names were actually changed after the Navajo Nation issued a cease and desist letter) is that Native art, symbols, and names are considered objects that can come in and out of fashion as quickly as a color or a particular cut of clothing. We all need to remember that Native peoples and their cultural products are not fashion trends and that imagining them as such is offensive and furthers the thinking that they are expendable. A lot of people say they buy tribal trend products because they appreciate the “Native aesthetic.” If that’s the case, I encourage people to support actual Native artists and not artists or corporations who are simply appropriating those design elements. The Beyond Buckskin blog (http://beyondbuckskin.blogspot.com/) is a great resource for finding out about Native designers and artists and I encourage people to start there and, in general, to be more conscientious when buying and wearing Native or Native-inspired fashion. 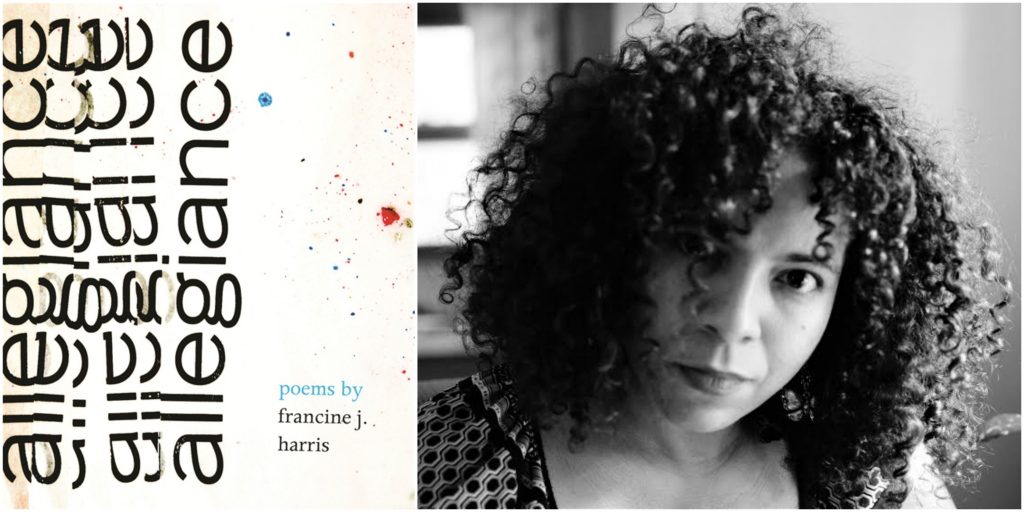