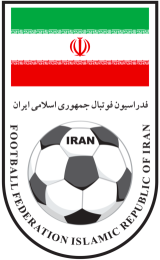 Team Melli, Iran’s national football team is playing in the World Cup, despite the adversity brought by sanctions, and it is presenting a unique picture of the country. The players come from all over Iran, from cities such as Tehran, Ahvaz, Mashad, Shiraz, Esfahan, Ardabil, and Kermanshah and from regions as far north as Bandar-e Anzali by the Caspian Sea and as far south as Bushehr by the Persian Gulf.