Purchase our Spring 2016 issue in print or as a downloadable PDF.

SPECIAL FEATURE: FLINT AND BEYOND

Ronan grew up in Flint, Michigan. Her fiction and journalism have appeared in Indiana Review, Cream City Review, Hayden’s Ferry Review, Belt Magazine, Michigan Quarterly Review, and the St. Louis Post-Dispatch. She lives in Saint Louis, where she coordinates Grand Boulevard Workshops, a creative writing outreach program. She serves as the fiction editor for River Styx.

Tarfia Faizullah: “I Told the Water”

Faizullah is the Pushcart Prize winning author of Register of Illuminated Villages (forthcoming from Graywolf in 2017), Seam (SIU, 2014), winner of the 2012 Crab Orchard Series in Poetry First Book Award, the 2015 VIDA Award, the Milton Kessler First Book Prize, and the GLCA New Writers’ Award. Her poems have appeared in Poetry, American Poetry Review, Oxford American, jubilat, New England Review, The Missouri Review, Poetry Daily, and elsewhere, and are anthologized in The New Breakbeat Poets Anthology, Poems of Devotion, Excuse This Poem: 100 Poems for the Next Generation, The Book of Scented Things, and Best New Poets 2013.

Honors include a Dorothy Sargent Rosenberg Prize, a Ploughshares Cohen Award, scholarships and fellowships from Kundiman, the Fulbright Foundation, Bread Loaf, Sewanee, Kenyon Review Writers Workshop, and the Vermont Studio Center. She has collaborated with rapper and emcee Brooklyn Shanti, composer Jacob Cooper, and photographer Elizabeth Herman. She is the Nicholas Delbanco Visiting Professor of Creative Writing in Poetry at the University of Michigan Helen Zell Writers’ Program and co-directs the Organic Weapon Arts Chapbook Press & Video Series with Jamaal May. Also featured in MQR 55:2 is Faizullah’s poem “Variations on a Cemetery in Summer.” Find out more at tfaizullah.com or follow her on Twitter @tarfiafaizullah.

Baker is the author of If You Find This (Little, Brown, 2015), a Booklist Top Ten Debut of 2015 and an Edgar Award Nominee for 2016, and his stories have appeared in publications such as American Short Fiction, New England Review, One Story, Electric Literature, and Best of the Net. A recipient of fellowships from the Fulbright Commission, the MacDowell Colony, the Ragdale Foundation, the Ucross Foundation, Vermont Studio Center, Blue Mountain Center, Prairie Center of the Arts, the Sewanee Writers’ Conference, and the Bread Loaf Writers’ Conference, he holds an MFA from Vanderbilt University, where he was the founding editor of Nashville Review. Other projects include Early Work and Interview With An Artist. Find out more at mwektaehtabr.com or follow him on Twitter @mwektaehtabr.

Driscoll is the author of four novels, four poetry collections, and the AWP Short Fiction Award for “Wanting Only to Be Heard.”

His most recent short story collection is The World of a Few Minutes Ago (Wayne State University Press, 2012). He is the recipient of a 2016 NEA Creative Writing Fellowship, and his work has received recognitions including the Barnes & Noble Discover Great New Writers Award, the PEN/Nelson Algren Fiction Award, the Pushcart Editors’ Book Award, Pushcart prizes, PEN Syndicated Fiction Awards, and Best American Short Story citations. He currently teaches in Pacific University’s low-residency MFA program in Oregon. Find out more at jackdriscollinmichigan.tumblr.com.

Walter is the author of the short story collection Living Arrangements (BkMk Press), and her writing has appeared or is forthcoming in the Kenyon Review, The Sun, Poets & Writers, and elsewhere. She was a Tin House Scholar, the recipient of the Ohioana Walter Rumsey Marvin Grant, and served as a fiction editor of Mid-American Review. She currently teaches writing workshops at Literary Cleveland and Cuyahoga County Public Library and blogs for the Kenyon Review. Find out more at lauramaylenewalter.com or follow her on Twitter @LauraMaylene.

Bryant is an Ohio native who, in her spare time, enjoys photographing her cat, har. She currently teaches creative writing and will graduate with her MFA from Ohio State this spring. Her work is featured in Yemassee, Passages North, Word Riot, and Movement. A section of her manuscript Kiss It was granted honorable mention for the Helen Earnhart Harley Creative Writing Award in Fiction. Follow her on Twitter @chelsbry.

Daniel Herwitz: “In the Tropic of…”

Herwitz is the author of Culture and Politics in the Postcolony (Columbia Press, 2012), The Star as Icon and Heritage (Columbia Press, 2008), Key Concepts in Aesthetics (Continuum Press, 2008), Race and Reconciliation (U of Minnesota Press, 2003), Making Theory/Constructing Art: On the Authority of the Avant-Garde (U of Chicago Press, 1993), and Husain (Tata Press, 1987), the last of which won the National Book Award in India. Herwitz is the Frederick G. L. Huetwell Professor of Comp Lit, History of Art, Philosophy, and Art & Design at the University of Michigan. This is his third story to appear in MQR.

Bell’s first book of poetry, Ornament, received the Vassar Miller Prize and is forthcoming in spring 2017 from the University of North Texas Press. Her projects include A Pocket Book of Forms, a travel-sized, fine-press guide to poetic forms, and her poems have appeared or are forthcoming from 32 Poems, Colorado Review, Southern Review, Southern Poetry Review, Fourth River, Hopkins Review, Really System, and 111o, and in anthologies including Anthology of Appalachian Writers and The Southern Poetry Anthology Vol. VII: North Carolina. Bell is the recipient of a 2016 North Carolina Arts Council Fellowship in literature. She is the editor of Ecotone and Lookout Books and teaches at UNC Wilmington. Find out more at todointhenewyear.net.

Givhan is a Mexican-American poet from the southwestern desert. Her full-length poetry collection Landscape with Headless Mama won the 2015 Pleiades Editors’ Prize (forthcoming 2016). Her honors include an NEA fellowship and a PEN/Rosenthal Emerging Voices fellowship, the Frost Place Latin@ Scholarship, the Pinch Poetry Prize, the DASH Poetry Prize, and a Kenyon Review Young Writers Workshop fellowship. Her work has appeared or is forthcoming in Best New Poets, AGNI, the Kenyon Review, Rattle (where she is a poetry prize finalist), and Southern Humanities Review (where she was a finalist for the 2015 Auburn Witness Prize). She is poetry editor at Tinderbox Poetry Journal and teaches at Western New Mexico University and online at the Poetry Barn. Find out more at jennifergivhan.com or follow her on Twitter @jenngivhan.

Powell’s first book of poems, On the Desire to Levitate, was awarded the Hollis Summers Poetry Prize and published by Ohio University Press in March 2014. Recent work has appeared or is forthcoming in Prairie Schooner, Alaska Quarterly Review, American Literary Review, and Copper Nickel. She completed her doctorate in English at The Graduate Center of the City University of New York (CUNY) in August 2014, and received her MFA in Poetry from Indiana University in 2005. She is Assistant Professor of Poetry at Oakland University, where she served as the first faculty adviser and editor of the international undergraduate student literary journal, the Oakland Arts Review. Find out more at alisonwpowell.com.

Stone’s latest collection, Ordinary Magic, is forthcoming from NYQ Books in 2016. She is also the author of Dangerous Enough (Presa Press, 2014), Borrowed Logic (Dancing Girl Press, 2014), From the Fool to the World: Poems in the Voices of the Major Arcana of the Tarot (Parallel Press, 2012) and They Sing at Midnight, which won the 2003 Many Mountains Moving Poetry Award and was published by Many Mountains Moving Press. Her poems have appeared in the Paris Review, Poetry, Ploughshares, Barrow Street, Poet Lore, and a variety of other journals and anthologies. She has been awarded Poetry’s Frederick Bock Prize and New York Quarterly’s Madeline Sadin award. A licensed psychotherapist, she has private practices in NYC and Nyack. She is currently editing an anthology of poems on the Persephone/Demeter myth.

Czepiel is the author of the novel A Violet Season (Simon & Schuster, 2012) as well as numerous short stories and essays. She is the recipient of a 2012 creative writing fellowship from the National Endowment for the Arts, and her short fiction has appeared in Cimarron Review, Indiana Review, CALYX, Confrontation, Brain Child, and elsewhere. She teaches writing at Quinnipiac University in Connecticut, where she lives with her husband and two daughters. Find out more at kathyleonardczepiel.com or follow her on Twitter @KLCzepiel.

Zhanna Slor: “The End of Whispering”

Slor was born in the former Soviet Union and moved to Wisconsin in the early 1990s. Currently, she lives with her husband in Chicago, where she is finishing up a young adult novel about Ukrainian-born twins with superpowers. She has been published in numerous literary magazines, including Bellevue Literary Review, McSweeney’s Internet Tendency, StorySouth, Sonora Review, Tusculum Review, Hobart, and Michigan Quarterly Review, which published a group of her essays that later received a notable mention in Best American Essays 2014. Find out more at zhannaslor.tumblr.com. 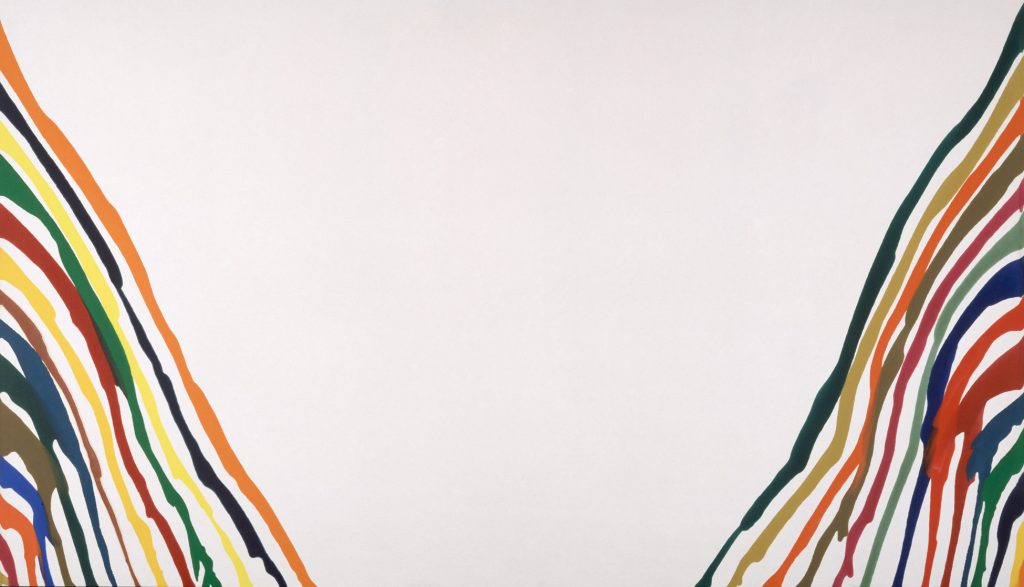