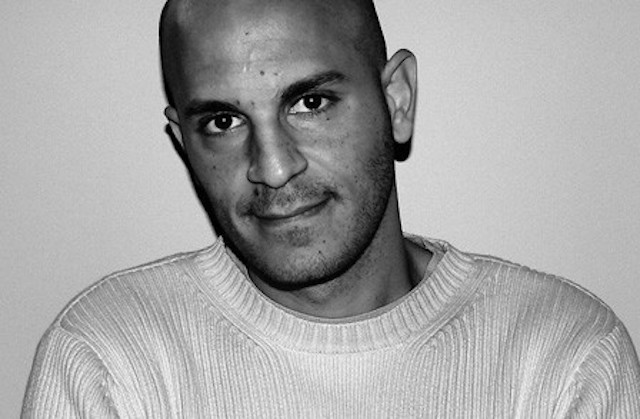 Fady Joudah has published four collections of poems: The Earth in the Attic; Alight, a book-long sequence of short poems composed on a cell phone; Textu, whose meter is cellphone character count; and, most recently, Footnotes in the Order of Disappearance. He has translated several collections of poetry from the Arabic. He was a winner of the Yale Series of Younger Poets competition in 2007 and has received a PEN Translation Award, a Banipal/Times Literary Supplement Prize from the UK, the Griffin Poetry Prize, and a Guggenheim Fellowship. 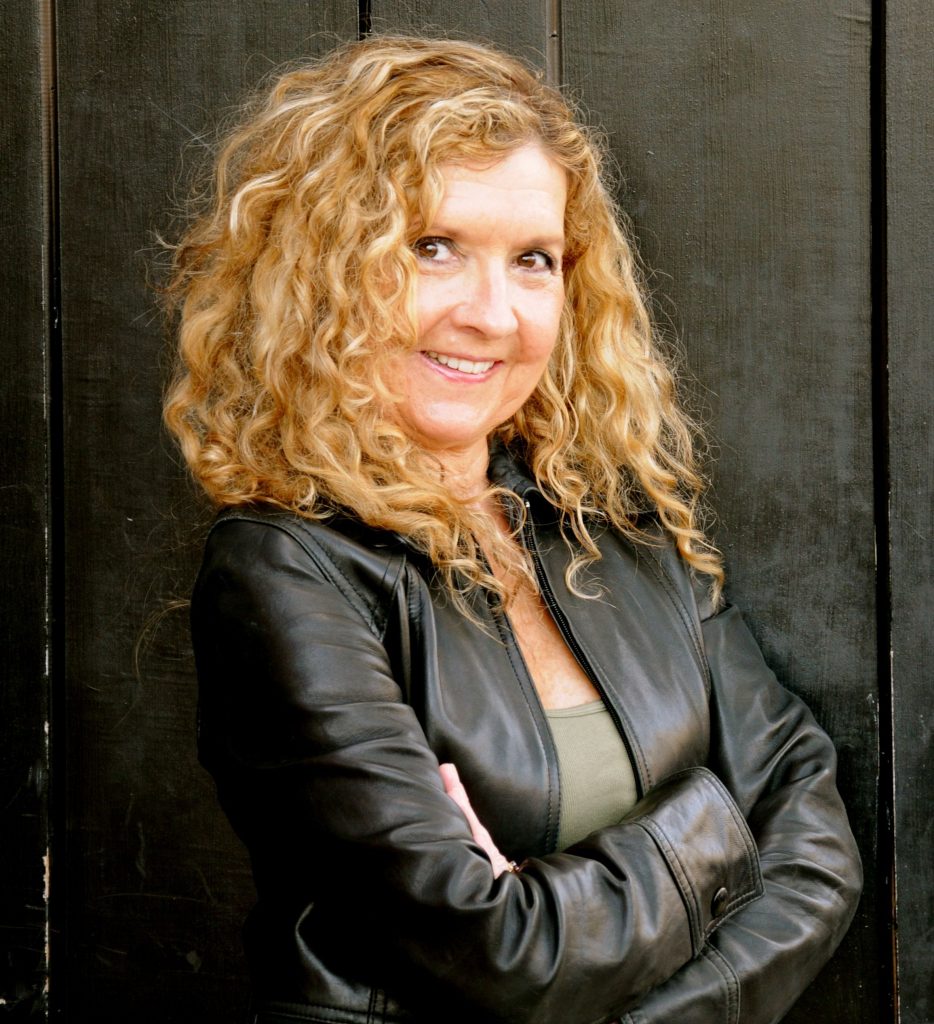 Jane Bradley is a Professor of Creative Writing at the University of Toledo. Her first book of stories, Power Lines, was named a notable book by The New York Times, and her novel You Believers was named one of the best books of 2011 by Barnes & Noble Book Club. She has received both NEA and Ohio Arts Council Fellowships, as well as three grants from the Arts Commission of Greater Toledo. “Easy to Disappear in Memphis” is the first chapter of her novel in progress, The Snow Queen. 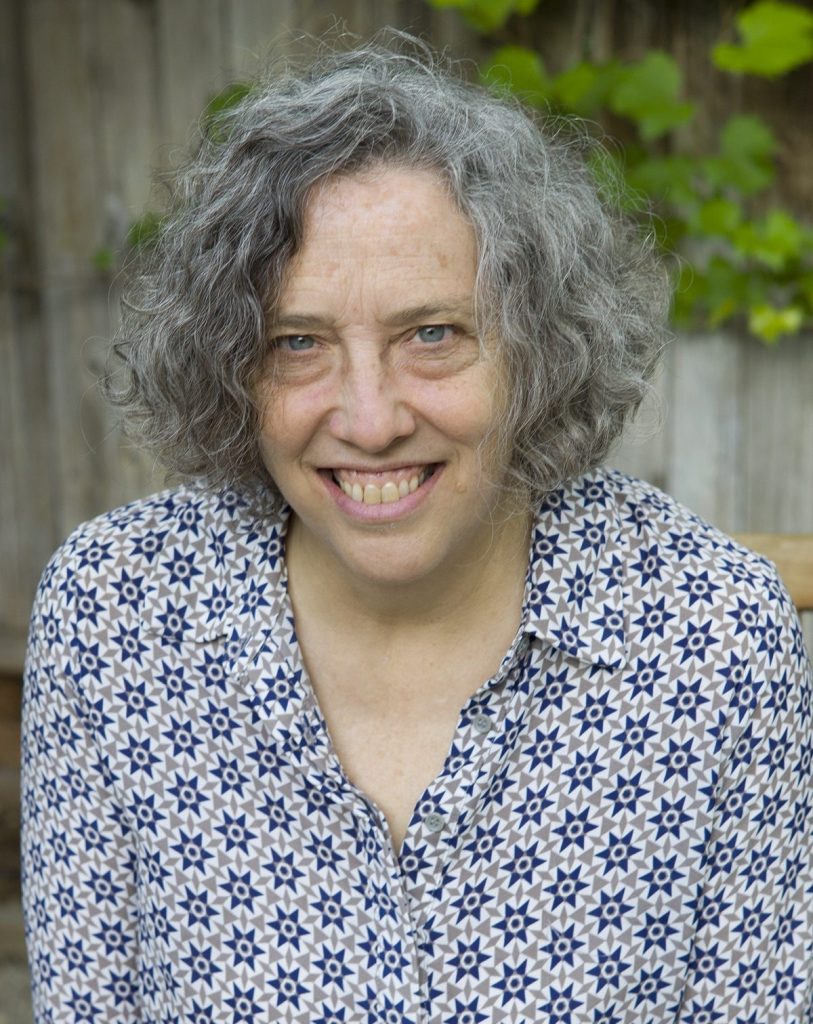 Jacqueline Osherow’s “Poems from the Alhambra” will appear in her forthcoming book, My Lookalike at the Krishna Temple (LSU Press, Spring 2019). Past collections of poetry include Ultimatum from Paradise (LSU Press, 2014), Whitethorn (LSU Press, 2011), The Hoopoe’s Crown (BOA Editions, 2005), Dead Men’s Praise (Grove Press, 1999), With a Moon in Transit (Grove Press, 1996), Conversations with Survivors (UGA Press, 1994), and her debut collection, Looking for Angels in New York (UGA Press, 1988). Osherow has received fellowships from the Guggenheim Foundation, the National Endowment for the Arts, and the Ingram Merrill Foundation. 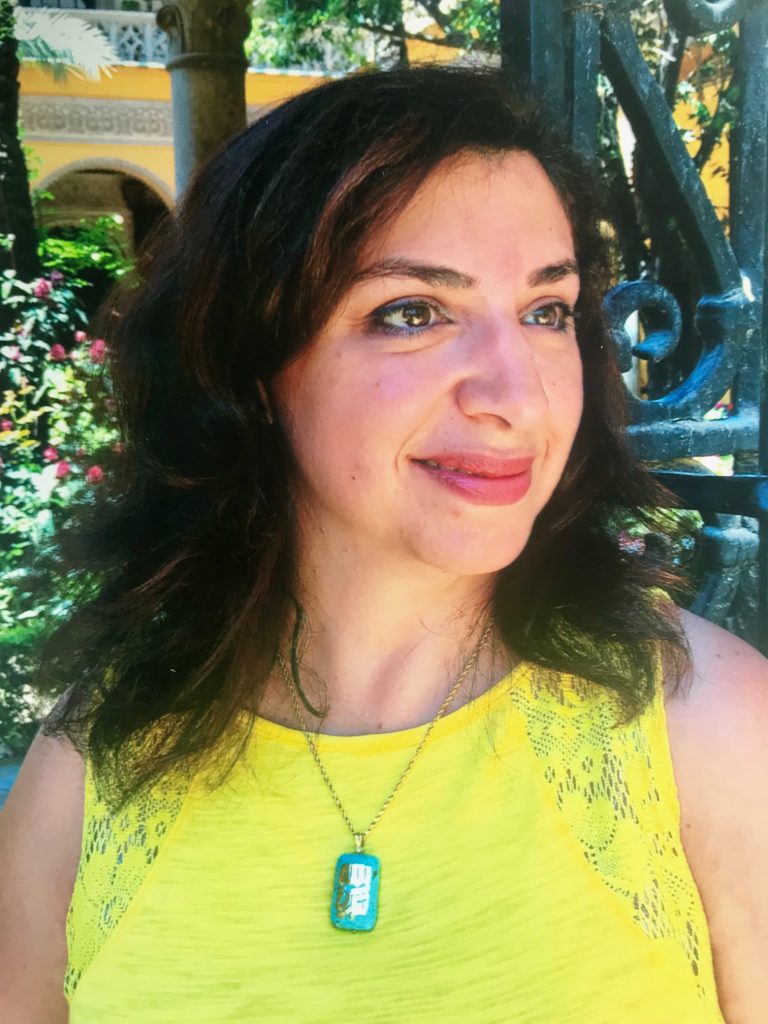 Lena Khalaf Tuffaha is an American poet of Palestinian, Syrian, and Jordanian heritage. Her first book of poems, Water & Salt, is published by Red Hen Press. Her chapbook, Arab in Newsland, won the 2016 Two Sylvias Prize. Her newest poems are published or forthcoming in New England Review, Alaska Quarterly Review, Hayden’s Ferry Review, and Diode. She lives in Redmond, Washington. Find out more at lenakhalaftuffaha.com, or follow her on Twitter @lktuffaha. 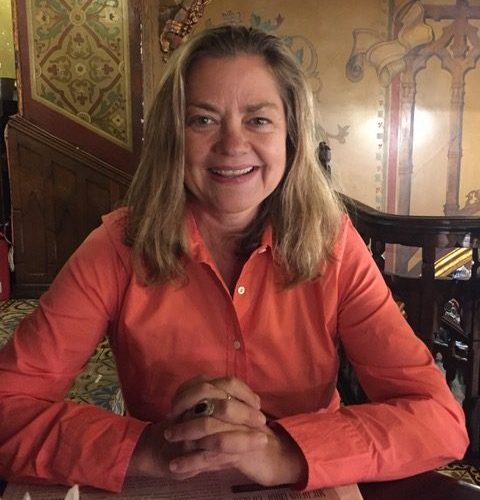 Frances McCue | essay | “Walt Whitman and the Bricoleurs of Marrakesh”

Frances McCue has published three poetry books and two books of essays: Mary Randlett Portraits (2014) and The Car That Brought You Here Still Runs (2010). The Bled, a poetry-novella (2010), won the Grub Street National Book Prize for poetry and the Washington State Book Award. McCue’s new poetry-novella, Timber Curtain, has just been released. She was the founding director of Richard Hugo House in Seattle and now is on the English Department faculty at the University of Washington. Find out more at francesmccue.com. 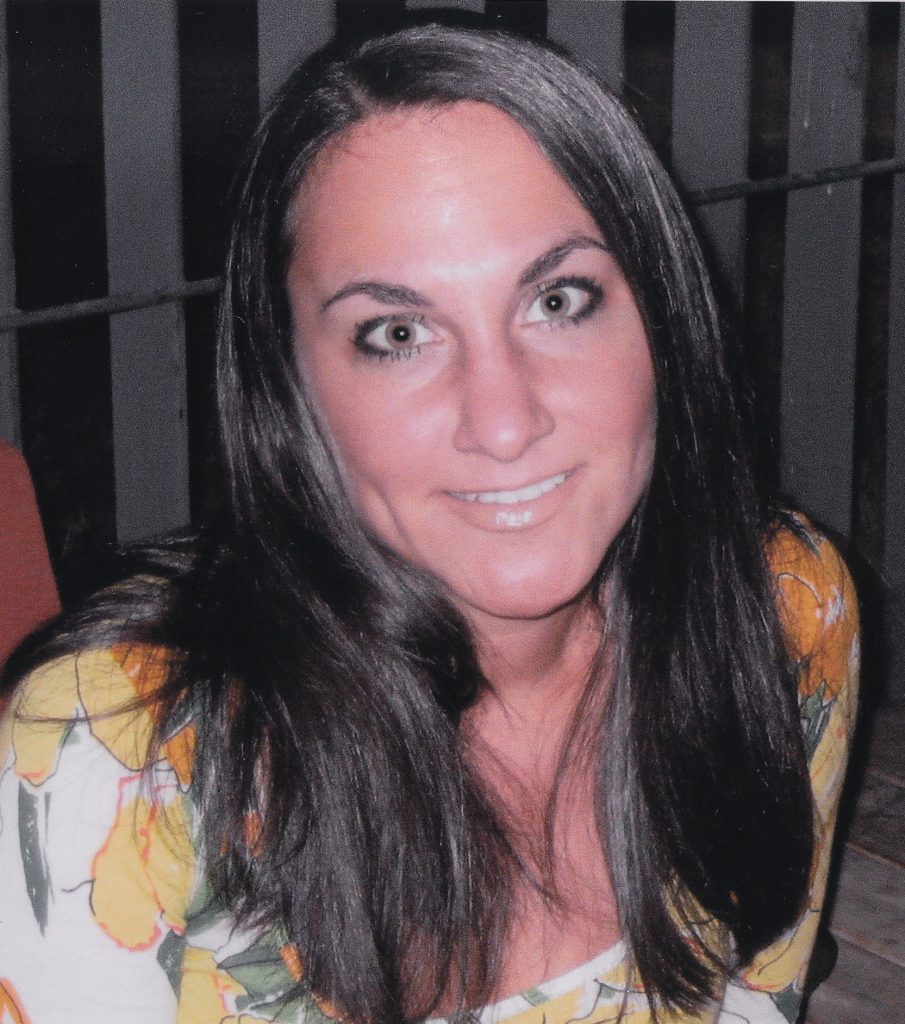 Nahal Suzanne Jamir | essay | “She Made My Eyes”

Nahal Suzanne Jamir’s writing has been published or is forthcoming in Bellingham Review, Crab Orchard Review, Diode, Los Angeles Review, Meridian, and Passages North. Her short fiction collection, In the Middle of Many Mountains, was published by Press 53 in 2013. She received Ruminate Magazine’s 2012 William Van Dyke Short Story Prize for her story “Stories My Mother Told Me.” Jamir earned a PhD in Creative Writing from Florida State University and currently teaches at a private high school in Florida. Follow her on Twitter @nsjamir11. 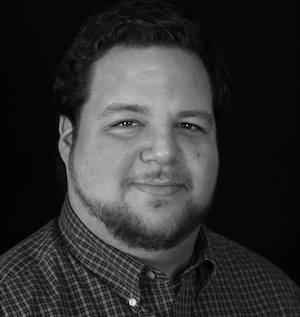 Benjamin Alfaro is a 2017 Kresge Artist Fellow and the author of fantasma, forthcoming from Finishing Line Press. His writing has recently appeared in TriQuarterly, Deluge, Southern Indiana Review, and Duende. He currently serves as the Teen Programs Specialist at InsideOut Literary Arts, where he leads the Detroit Youth Poet Laureate initiative and Louder Than a Bomb: The Michigan Youth Poetry Festival. Find out more at benjaminalfaro.com, or follow him on Twitter @_benjaminalfaro. 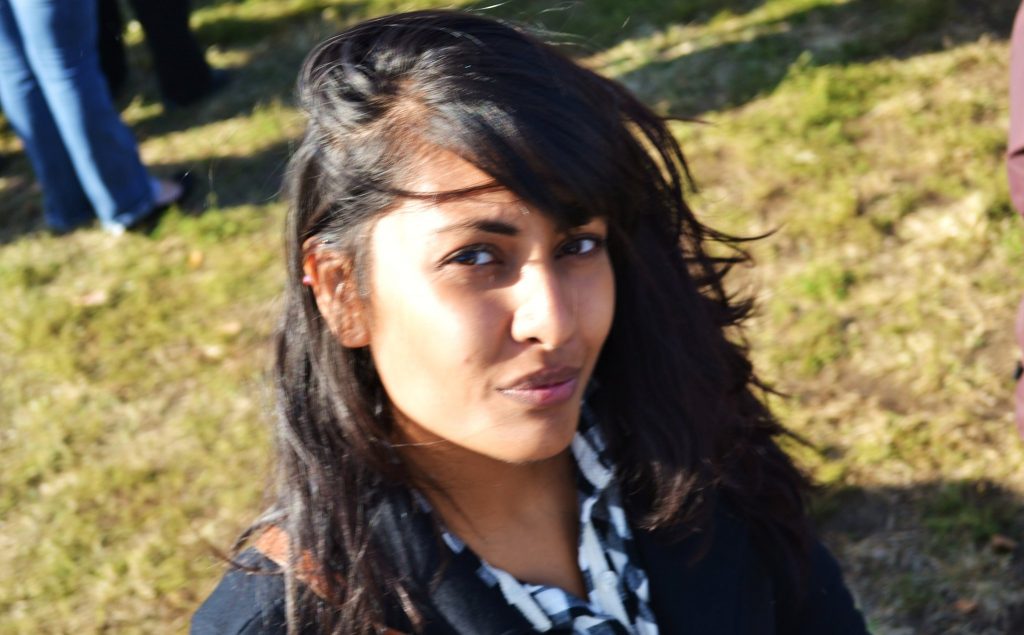 Fahima Haque | fiction | “That Thing You Will Do Again”

Fahima Haque is a social strategy editor at The New York Times. She received her MFA in fiction from The New School in 2017. “That Thing You Will Do Again” is her first publication. She is working on a collection of short stories. Follow her on Twitter @fahima_haque. 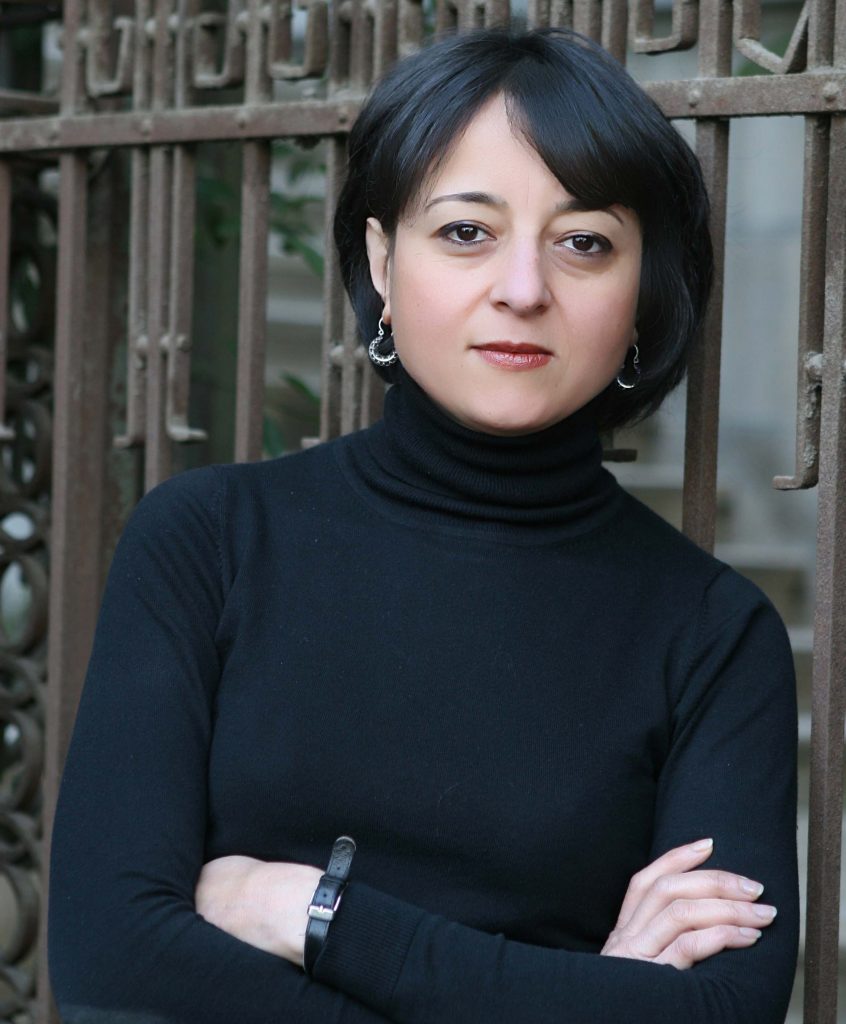 Iman Mersal is an Egyptian poet, essayist, translator, and literary scholar, and Professor of Arabic Language and Literature at the University of Alberta. She is the author of five books of Arabic poetry. A volume translated by Khaled Mattawa, These Are Not Oranges, My Love, was published in 2008 (Sheep Meadow Press). Her most recent and forthcoming books include an Arabic translation of Charles Simic’s memoir, A Fly in the Soup; How to Mend: On Motherhood and its Ghosts (Kayfa Ta and Mophradat); and Images of America in Arabic Travel Literature (Al Kotob Khan). Follow her on Twitter @Imanmersal, or find her on Facebook @iman.mersal.

Robin Moger is a translator of Arabic prose and poetry. He has translated several novels from the Arabic, most recently The Book of Safety by Yasser Abdel Hafez (Hoopoe Fiction, 2016), for which he won the 2017 Saif Ghobash Prize for Arabic literary translation, and Ma’n Abu Taleb’s All The Battles (Hoopoe Fiction, 2017). Follow him on Twitter @RobinMoger.

Shane McCrae | poetry | “The Hastily Assembled Angel at the Gate”

Shane McCrae’s most recent books are The Gilded Auction Block (Farrar, Straus and Giroux, fall 2018), and In the Language of My Captor (Wesleyan University Press, 2017), which was a finalist for the National Book Award and the Los Angeles Times Book Prize. He has received a Lannan Literary Award, a Whiting Writer’s Award, a fellowship from the National Endowment for the Arts, and a Pushcart Prize. He lives in New York City and teaches at Columbia University. Follow him on Twitter @akasomeguy. 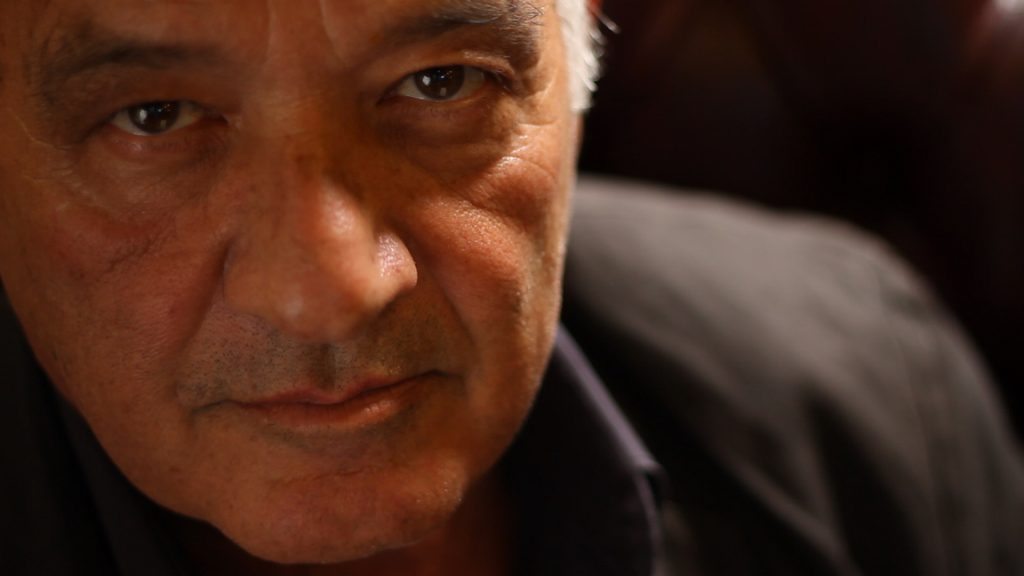 Nicholas Delbanco is the Robert Frost Distinguished University Professor of English Emeritus at the University of Michigan — where he, for many years, directed the MFA Program in Writing and the Hopwood Awards Program. He is the author of thirty books of fiction and nonfiction; his most recent work of nonfiction, published last summer, is Curiouser and Curiouser: Essays. His new novel, It Is Enough, will appear this fall. Find out more at nicholasdelbanco.com. 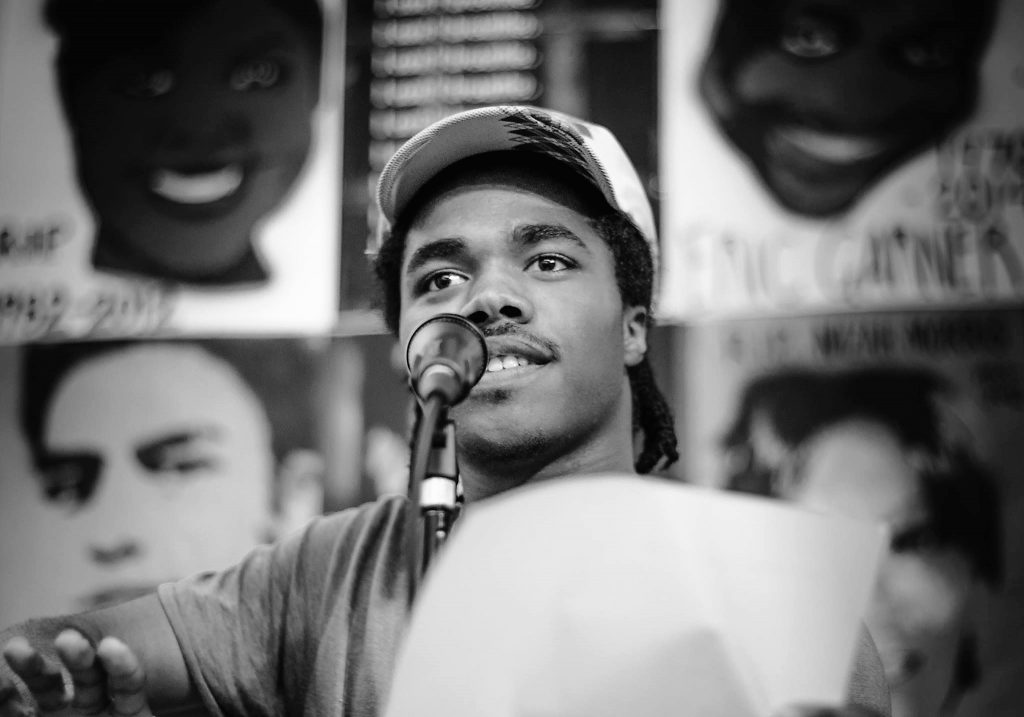 Nkosi Nkululeko has received fellowships from Poets House, The Watering Hole, and Callaloo. He is a Pushcart Prize nominee and finalist for the 2016 Winter Tangerine Awards for Poetry. Nkululeko’s work is currently published in Apogee, The Collagist, Third Coast, Pank, and VINYL, and will be anthologized in Best American Poetry 2018. He lives in Harlem, New York. Find him on Twitter @musicman_nkosi. 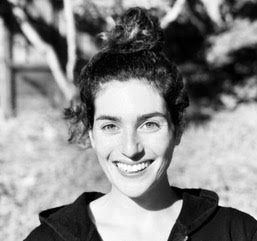 Ally Glass-Katz is a Fiction Fellow at the Michener Center for Writers. Her recent work has appeared or is forthcoming in Shenandoah, Sewanee Review, minnesota review, and elsewhere. She lives in Austin, Texas. Follow her on Twitter @allygk.

David Mura has written four books of poetry: The Last Incantations, Angels for the Burning, The Colors of Desire, and After We Lost Our Way. His book on creative writing, A Stranger’s Journey: Race, Identity and Narrative Craft in Writing, will be published this year. His two memoirs are Turning Japanese and Where the Body Meets Memory. Find out more at davidmura.com.

Kamelya Omayma Youssef is a poet, graduate student, and teacher based in Detroit. Her ongoing work is mastering the art of being in multiple places at once.