The Word Wholly Itself: Inger Christensen’s “The Condition of Secrecy”

At the risk of generalizing perhaps too broadly, prose by poets—that is, prose written by writers whose primary mode is poetry—seems to fall into two camps. Either the writing is extremely sober, to clearly differentiate it from the poet’s poetry (think criticism, or op-eds), or poets’ prose reads like poetry. Which is to say it is imagistic, lyric, even dream-like.

Here, as an example of the latter camp of poet-prose, is a passage from Pasternak’s Dr. Zhivago:

The air smelled of early winter in town—of trampled maple leaves, melted snow, engine soot, and warm rye bread just out of the oven (it was baked in the basement of the station buffet). Trains came and went. They were shunted, coupled, and uncoupled to the waving of furled and unfurled signal flags. Locomotives hooted, guards tooted their horns, and shunters blew their whistles. Smoke rose in endless ladders to the sky. Hissing engines scalded the cold winter clouds with clouds of boiling steam.

Even for capital-L literary fiction, this is a particularly descriptive paragraph. Break it into lines, trim a few words, add a title like “October, Moscow,” and voila!, you’ve got a poem. Though the paragraph is filled with sensation—the smells alone overwhelm—Pasternak describes the chaotic world of the trainyard in striking economy; he writes like someone more accustomed to the strictures of verse than the relative looseness of prose. Moreover, the images that close this short paragraph are dense as diamonds, the smoke rising in “endless ladders,” and how the hissing engines “scalded the cold winter clouds” with their steam. Dr. Zhivago is stuffed with passages like this.

The Condition of Secrecy, a new collection of essays by the late Danish poet Inger Christensen, is similarly stuffed. But where Dr. Zhivago is marked (perhaps to its detriment, but that’s a separate essay) by an abundance of imagery, The Condition of Secrecy exudes—and induces—the same fugue-like state induced by the best poems, especially long poems, and particularly Christensen’s own. Here’s an example, from the essay “It’s All Words,” about her 1981 book-length poem alfabet (published in English in 2001 as alphabet):

Maybe the function of the word can be described in an image: a membrane between outside and inside, a membrane that regulates the osmotic exchange between consciousness and the surrounding world.

And not until enough words have found their places in the poem, and thus enough has been left out, which is the most important thing in life, and brought forth, and general knowledge is connected to inborn knowledge, when these things and many more have happened as words are pulled from thin air or from library shelves, recycling upon recycling, not until then will balance finally be reached, the osmotic pressure equalized, and the membrane cease to function. The word wholly itself.

This passage is abstract from the start: the reader is asked to imagine words as membranes between worlds. From there, like a good trusting poet, Christensen only asks more of her reader; the second paragraph is almost entirely a single sentence, abstractions and evocations piling upon one another until its stunning conclusion. 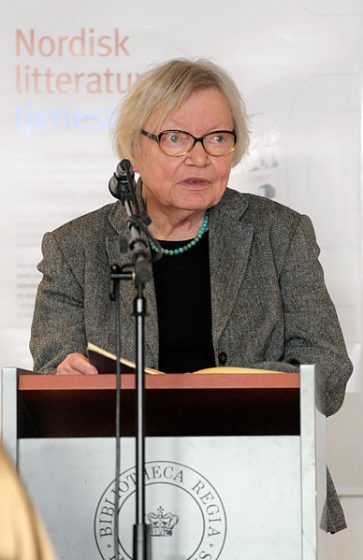 But let’s back up momentarily. To call the pieces in The Condition of Secrecy “essays” is reductive, at least per the narrow English definition of the word (Merriam-Webster: “an analytic or interpretative literary composition usually dealing with its subject from a limited or personal point of view.”) A more appropriate definition of essay, when it comes to Christensen’s essays, can be found in the word’s origin: the Middle French essai for “trial” or “attempt.”

For the work in The Condition of Secrecy is questing, less concerned with making a point or arguing a position than the act of exploration. Many of the essays seek, in some way, a “depth of understanding that will reveal the whereabouts of God” (from “The Shadow of Truth”). And the book’s essays are remarkably free of occasion or anything smacking of assignment—they are not explorations of chance via the grounding framework of, say, a film review. Indeed, the essays collected in The Condition of Secrecy have a private, almost diaristic (albeit highly polished) feel. Their raison d’etre is reflexive.

A  good example is “The Shadow of Night,” about the passage of time. Here’s an early paragraph:

You might be standing still one night in a forest, in the same way that the trees are standing still. You lift your hand in the same way that the wind lifts a leaf. You listen to your own small sounds in the same way that you listen to those of your fellow creatures, to your own breath as to the forest’s. You have stepped into a different kind of time, a time with such slow turnings that you can feel in your very body that time is standing still. Never in your life have you experienced as many minutes as those in forest time. But afterward, when you look at the clock, time—your own—has moved along as usual, in fact has flown, has vanished forever into that otherwise so inaccessible time that stands still.

By grappling with how we experience and interact with the world (meaning both the inner and outer world, which she considers “indivisible”), the essays in The Condition of Secrecy attempt to overcome that muteness. As Christensen writes in “I Think, Therefore I Am Part of the Labyrinth,” people “have always built up their concept of the world around their own consciousness, in much the same way that an oyster builds up a pearl around a grain of sand.” These essays seek to understand not only how those pearls are built, but also to question how and why they’re built.

About the author Kevin O’Rourke

Kevin O’Rourke lives in Philadelphia, where he works in publishing. His first book, the essay collection As If Seen at an Angle, was published by Tinderbox Editions; he is currently working on several follow-up books, including a memoir about surviving suicide. Work on this project has been supported by a grant from 4Culture. He is also a senior science/research writer and editor, and has covered everything from mitochondrial research, to global health financing, to COVID-19. His creative work has appeared in a number of journals, including Big Muddy Journal and Seneca Review, among others. A member of the NBCC, he is an active book and arts critic; his criticism has appeared in the Los Angeles Review of Books, Kenyon Review, and Michigan Quarterly Review.