“A Field of Flowers Called Paintbrushes:”  A Review of Jericho Brown’s The Tradition 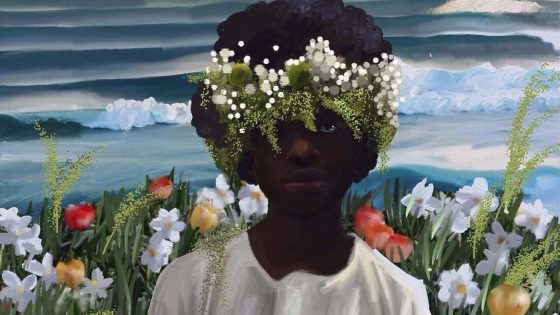 The Tradition, by Jericho Brown

The Tradition, Jericho Brown’s first book of poetry since his award winning The New Testament was released in 2014, is nothing short of a transcendent collection. Part ethnography and part odyssey, it explores in three sections, themes of masculinity, sexuality, and race utilizing “tradition;” here a refreshingly multifaceted conceit as a method of delivery.

Brown’s poems highlight a tension that is familiar to many. One that stems from being a part of a “tradition” while simultaneously attempting to progress beyond it. “Ganymede,” the first poem of the book, begins with the Greek myth of Ganymede; a boy abducted by Zeus because of his beauty. The speaker tells us, “The people of my country believe / We can’t be hurt if we can be bought,” connecting in seamless transition an ancient ‘tradition’ to a contemporary understanding. Such a dexterous shift sets the pace for the rest of the book. (We were there. We are here. We will be there.) Continuing in this vein, the titular poem, “The Tradition” utilizes the sonnet form to setup a harsh comparison between two American traditions involving flowers. In it, the lavish descriptions of “Foxglove” and “Baby’s Breath” turn deadly at the volta:

“Too late, sped the video to see blossoms /

Brought in seconds, colors you expect in poems /

Where the world ends, everything cut down.

Here, Jericho Brown effectively conflates what might be thought of as an innocuous tradition with a malicious one and in doing so shows why a departure from a tradition might be necessary even if it contains some perceived beauty or benefit. The power of problematic traditions is further challenged by poems that perform a progression away from them. Brown highlights this kind of progress in both form and substance in poems like “Hero.” Here the poet takes a hiatus from capitalizing the first letter of each line even as he shifts from discussing fatherhood to engaging motherhood. The poem moves past a classical description of the speaker and his brother fighting, “Like sun-colored suitors in a Greek myth” to a description of a more peaceful present, “I turned my mother into a grandmother. She thanks me / By kissing my sons.”  This juxtaposition of tradition and progress continues until we as readers literally arrive at the poem titled, “Duplex” as if it were a physical destination to which Brown has driven us one auspicious night.

“Duplex” is not just the title of several poems in the book, but also a new form Brown invented, which according his twitter “merges the sonnet, the ghazal, and the blues, nine to eleven syllables a line!” Within each “Duplex” fourteen lines are divided into seven couplets and the repetition of certain end words allows for a sense of progress not just away from some old tradition or subject, but toward a new destination. What is most striking about the Duplex is how the volta (or return) acts almost as a coda that builds up to the final couplet and signals a return to a phrase in the first line. Yet, the same words bear new duality; a doubling that contains both the old and the new.

The second section features poems that avoid adhering to a specific form with the exception of the Duplex and Afaa Michael Weaver’s Bop form in the poem “Dear Whiteness”. The change in refrain at the end of that poem, “Tell me lies. Tell me. Tell me lies.” perhaps belies the speaker’s frustration at a lack of resolution. In a way, this poem is a microcosm of the second section from which there emerges a sense of being in-between the old and new. This liminal tone begins in poems like “Riddle” which ends with the speaker questioning, “What on Earth are we? What?” and continues with “Layover” a haunting poem that utilizes the external space of an airport in Dallas as a frame for an internal drama which features the speaker just beginning to move beyond a shocking act of violence.

In the third section, Brown delves deeper into the confluence of racial and sexuality identity. A notable example “Thighs and Ass” engages in a winking eroticism between two gay lovers. Here the tension between tradition and progress all but fades, replaced by Brown’s confident progression toward a new mode of being. The final poem of the book “Duplex: Cento” is a merger of the Duplex form with the cento form which is made up of lines from poems by other authors. Although here, Brown has craftily taken lines from other poems in the book. The final couplet, “Steadfast and awful, my tall father / Was my first love. He drove a burgundy car.” is a paradox of prose that brings the father and son into a new tradition, yet a progression that exists far away from Ganymede and Zeus.

The collection’s strength lies in its ability to balance a veritable pantheon of traditions from Greek, to American, to Black-American and how it narrates a teleology that seeks to understand suffering even as it progresses toward love and healing. References to past mythologies function less as stone foundations and more as a field of material that has been expertly tilled and now blooms ekphrastic moments like the very flowers that grace the book’s cover. The book also effectively engages with tradition in a literary sense with direct nods to Black poets such as Avery Young and Gwendolyn Brooks. In a more indirect manner, some of the line-oriented long singular stanza poems like “Layover” and “I Know What I Love” are reminiscent of some of the ones in Yusef Komunyakaa’s “Magic City.” Yet, Brown makes the aesthetic his own; the lines eschew imagistic details and the line breaks curate sound and voice in the poem. As a result, Brown’s poems are more transparent and intimate. We as readers not only engage with his world but with multiple versions of him; the poems allowing within the narrative a sliver of the lyric mode to shine.

Overall, Jericho Brown’s The Tradition is a sublime and meticulous innovation. Brown navigates the inherent tension between tradition and progress with a rare craftsmanship apparent in each line, each form, and each sound the poem creates as it glides effortlessly between past, present, and futurity. In doing so, in moving so deftly between temporal contexts, it facilitates those familiar with all manner of “tradition” moving toward understanding. The references to murder and rape are at times stark and yet deeply necessary to this understanding; and how this understanding results in a journey of masculinity, queer love, and family that doesn’t end at the Duplex, but instead, begins there. Like the book itself, the triumph of the Duplex is its protean nature. My favorite one begins “Don’t accuse me of sleeping with your man / When I didn’t know you had a man.” It ends in a way I never would have guessed.

Jericho Brown’s book, The Tradition, is available from Copper Canyon Press, or at your  local independent bookstore. 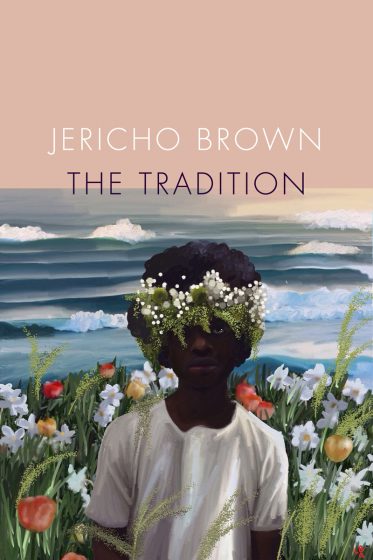 About the author Bryan Byrdlong

Bryan Byrdlong is a Haitian/African-American writer from Chicago, Illinois. He is currently an MFA candidate in poetry at the Helen Zell Writers’ Program and received his BA in English/Creative Writing from Vanderbilt University. At Vanderbilt, he was the co-recipient of the Merrill Moore Award for Poetry upon graduation. His work has appeared in the Nashville Review and Heavy Feather Review. He is presently writing poems about Chicago and zombies. You can find him on Instagram at @b___rye.