This special issue celebrates Michigan Quarterly Review’s sixtieth anniversary, a remarkable milestone for any publication, let alone one devoted exclusively to literature and the arts. A special selection of previously published works was one of the first things we decided on for celebrating our anniversary. For several years at MQR we have been exploring and sharing our archive with our readers, and in the process found numerous gems by established writers and by writers who rarely published after appearing on our pages. However, going through all our previous issues was a big task, one for which we had to read with a sense of spontaneity guided by a quest for what we were never quite able to articulate. We knew that there was much that we wanted to share, but which texts and on what basis? We decided to approach our reading with a knowing sort of innocence, as if we’d meandered into our favorite bookshop and picked up what spoke to us then and there. And in a sense, that’s what we’re sharing with you in this very special issue.

As a reader of contemporary literature, I am often excited by the publication of a volume of “selected” poems, stories, or essays by authors I’ve admired. Reading them, and as I encounter pieces I’ve long loved, I’m continually forced to wonder about the logic of such choices and the standards that make particular works better, or possibly more durable, than others. How much of that decision is the author’s or the publisher’s? How do readers’ views of a work influence one’s decision about it? Is a piece that appears in the New Yorker or the Pushcart Prize anthology or the Best American series better than one that appeared in a small journal? What constitutes the best or the best of the best? Which works endure, and are some works given a better chance than others?

Similarly, while I’m reading older issues of literary reviews, my mind begins to conjure a teeming literary past, sometimes in a small geographical milieu, that I knew very little of and there encounter good and excellent poems, essays, and stories that are likely forgotten. This makes me wonder about the works that have been canonized that appear again and again in anthologies. The very recurrence makes them seem like tombstones rather than living texts, especially when so much of the past can still feel fresh and dynamic. I sometimes get the sense that we could have had a totally different English and global literary canon than we have now and that, in fact, we can still create a new canon if we want to by choosing completely different poems, stories, and essays. Sure, we may feel a sense of loss for what we replace, but the vibrancy of what goes unread should challenge our taste and readjust what we deem valuable. This is especially true of American literature, which is vast in volume and manifold in its range. The excellent poems, stories, and essays we are reprinting here speak to that impulse of renewal and rediscovery. I hope that they are indeed reread with the eye of reshaping the canon in the influential anthologies and university courses where American and world literature are presented.

As to the process of visiting our archives as a magazine, I would have liked to portray it to our readers as a kind of archeological expedition, in which we’d had to dig through the dust of the past to rediscover our literary future. The truth is much less romantic. All of our previous fifty-nine years of publication, the whole of the 236 issues of MQR that have been published, are available to us with a few clicks on a keyboard and a mouse. In fact, as mentioned earlier, we’re no strangers to our archives; our team regularly culls through them for pieces to feature on our website. Older works, as Edward Said has suggested, are no longer seen in a historical sequence to their successors but often feel adjacent, even contemporary. Easy digital access can make the past more relatable—to use a contentious term of our times—if only by the virtue of its ability to magically appear among us. Un-monumentalized or un-canonized works can even have an uncanny presence in us as they seem to emerge from the past to target us individually. These nearly forgotten texts that we find by chance can develop a vibrant afterlife in our minds because they speak to our present lives, to our very moment. We come to the past with our conscious or subconscious anxieties, knowingly or unknowingly seeking recognition and new insights. Doubtlessly, the works that speak to us have a great deal of merit, but what speaks to us in a given moment does depend on personal circumstances and the context we are experiencing. All of which brings us to this very moment in American and world history—the first week of November 2020. Needless to say, since March of this year, the COVID-19 pandemic has imposed a new and tumultuous reality on us and the rest of the world. The pandemic and the upcoming elections submerged us as readers in an even deeper sense of introspection than we’d prepared ourselves for in the task of finding great works in our archive. Almost three months after starting to work from home, we witnessed the senseless murder of George Floyd, a Black man from Minneapolis, by police. Floyd’s murder hearkened back to numerous killings of Black men and women by the police and ignited a sense of righteous anger that had been building for years. The upsurge of protest was also directed at the rhetoric of President Donald Trump, who had shown senseless disregard for the welfare of the nation during the pandemic, who had befriended white supremacists at home and murderous dictators abroad, and who had taken a machete to the mild progressive reforms of the past two decades, from gay rights to police reform to healthcare for the poor and lower middle class to environmental regulations to consumer protection laws. As the protests continued and as the racist, bigoted rhetoric of the president and his supporters escalated, the pandemic, which has now killed more than a quarter million Americans and infected tens of millions globally, seemed to be a symptom of a body politic that had lost its immunity against its malevolent impulses. In the capital of our very state, Michigan, openly racist groups marched down the city’s streets fully armed and took over the state house. While this was one of the worst incidents during the Trump years, it fit a pattern. Before it, we saw asylum seekers on the border with Mexico being separated from their children, sometimes never to be reunited with them, and the children meanwhile housed in cages where illnesses, depression, and mistreatment were rife. Encouraged by the president’s rhetoric, armed white racists, in the U.S. and abroad, attacked immigrants, synagogues, and mosques. A counterrevolution to combat the gains made in civil rights, voting rights, gender equality, and environmental protection in the past fifty years was well underway, and the devastation caused by the pandemic seemed its capstone.

As I write these words, I am waiting for the final results of the 2020 presidential and congressional elections, which are proving inconclusive. The United States remains divided between its commitment to a future of racial equality and cultural diversity and its history of white male hegemony. We made our final choices of this special issue as the ballots were being counted and as the president, on the brink of losing, was preparing legal challenges and issuing threats against the most basic of democratic principles: the right to vote. Literature, the magazine we belong to and whose archive we were drawing upon to celebrate it, the future of the arts, and our lives in them all seemed more urgent as we read and as we thought of what resonated most with us.

Collected over the past few months, our selections in this special issue reflect what has been uppermost on our minds. As the final editor of the issue, I divided these selections into four rather broad categories that seemed to fit the pieces as a whole. The first section, “The Nation and Its Promise,” includes works that meditate on the promise of the United States as a world power and champion of human rights and that portray with various degrees of irony and cold-eyed seriousness its unforgiving market economy and institutional racism. The second section, “Our Bodies,” takes on various inequities that human bodies have been subjected to in the United States and elsewhere in the world, from the gendered bodies to the racialized bodies to the disabled bodies and, finally, perhaps suitable for this era of the COVID-19 pandemic, our ill and pain-stricken bodies. The third section, “A Sense of Place and Displacement,” applies a similar prism to the places we live, how our memories are touched with hope for the future alongside political violence and ecological degradation. The final section, “Our Evolving Selves: A Celebration,” presents stories, histories, and reflections that portray the diversity of experiences, kinships, and affiliation that have come to define the American experience since the second half of the twentieth century.

Perhaps one of the greatest promises that the United States has stood for is what Walt Whitman expressed when he stated that he contains multitudes. Indeed, we find that promise to be affirming, and as we hope for peace and for the recovery and continuous health of American democracy, we celebrate our magazine and our evolving, diverse selves as the living root of hope that must forever be nurtured if we as a nation, and a global human community, are going to thrive.

And as I conclude with this note of celebration, I wish to thank the authors and their representatives who have all enthusiastically agreed to be in this issue. I’d like to also thank former editor of MQR, Larry Goldstein, for his unflinching support of our work and for his many excellent recommendations for this issue. And finally, I’d like to thank the whole MQR team, all our editors and readers, who took on an enormous task and succeeded in assembling an excellent anthology of which I am deeply grateful and proud. 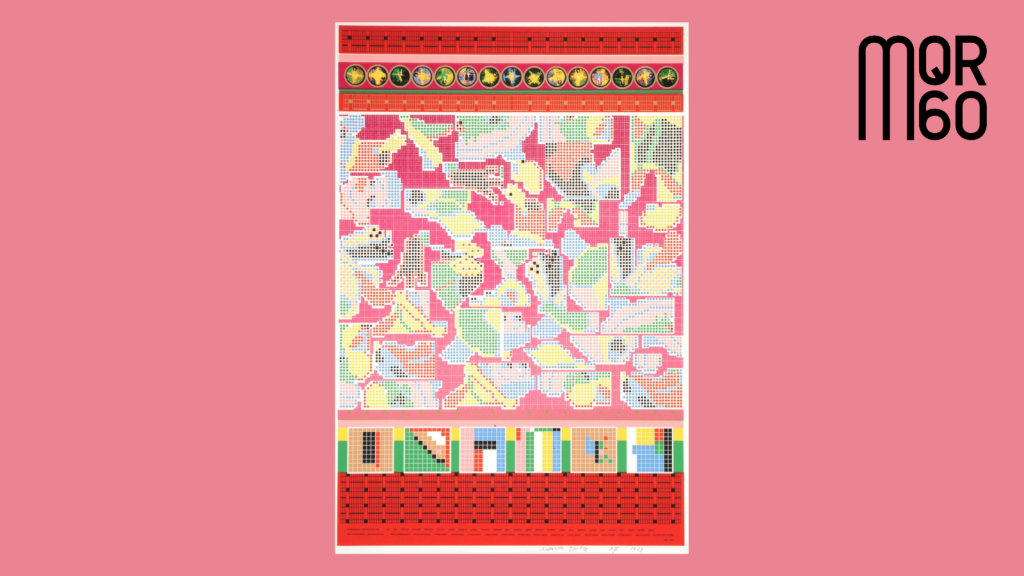 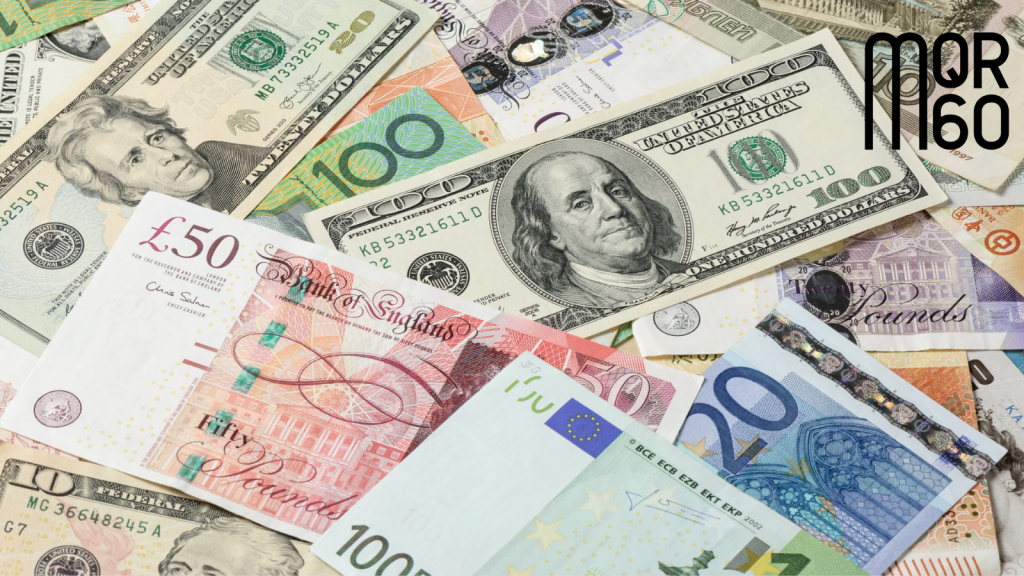