A major goal of the project is to create a detailed site plan in tandem with documentation of standing architectural remains. In 2014 we began to trace the architectural features visible in the orthorectified photographs in ArcGIS. In 2015, we took the GIS map of the site into the field on tablet computers and executed the following two steps: we surveyed individual features more precisely using a combination of a Total Station and a Real Time Kinematic Global Navigation Satellite System (RTK-GNSS), and we recorded information not visible in the aerial photographs, coding the visible remains according to a detailed set of feature classes (e.g., thresholds, walls, etc.) and appropriate attributes (specifying, for example, whether masonry was mortared or unmortared, or whether wall joints were bonded or unbonded). This process of ground-truthing helps us to determine how each recorded feature is associated with other features, and thereby to distinguish individual building plans. Using these methods, we are creating detailed, feature-by-feature plans of each building and of the entire site. We have also carried out a detailed RTK-GNSS survey of the fortifications, and we are making large-scale architectural hand-drawings of details of the fortifications and of the buildings exposed or partially exposed by earlier investigators, including the Theater, Bouleuterion, Heroon, and Temple of Athena. In 2015 we also began to make detailed records of the subterranean cisterns with a laser scanner. The creation of the site plan and program of architectural documentation is overseen by Christopher Ratté, with contributions by Felipe Rojas and Matthew Naglak. The topographers are Christian Kurtze and Pascal Lebouteiller. 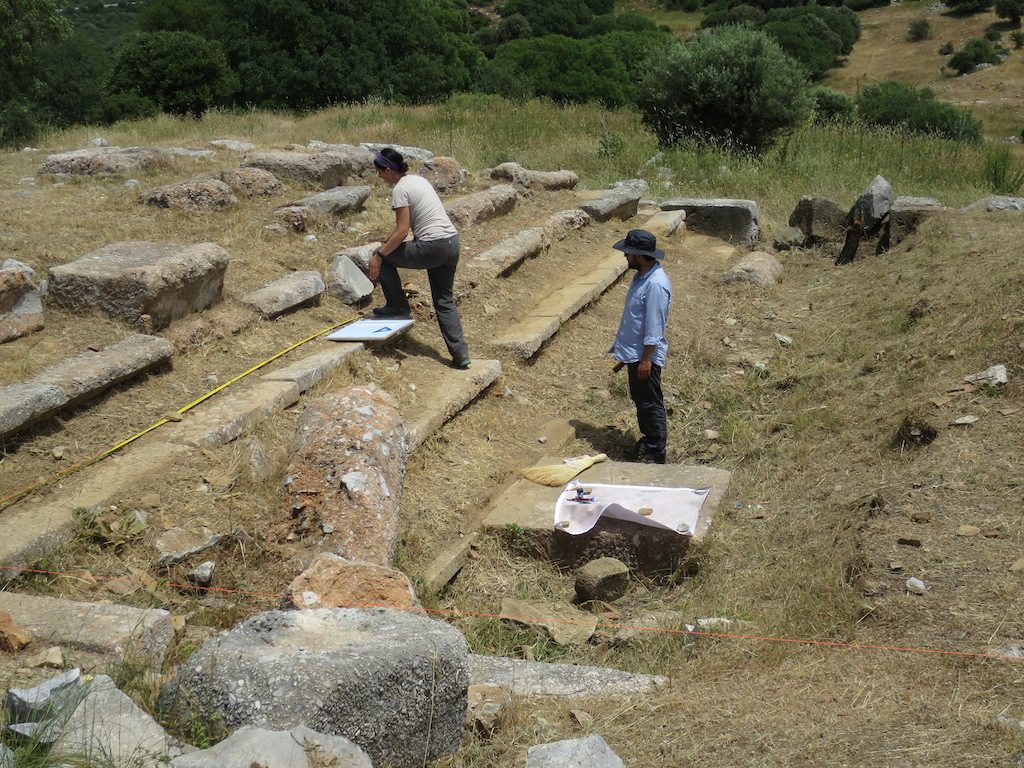 Karen Toomasian and Felipe Rojas drawing a plan of the Bouleuterion 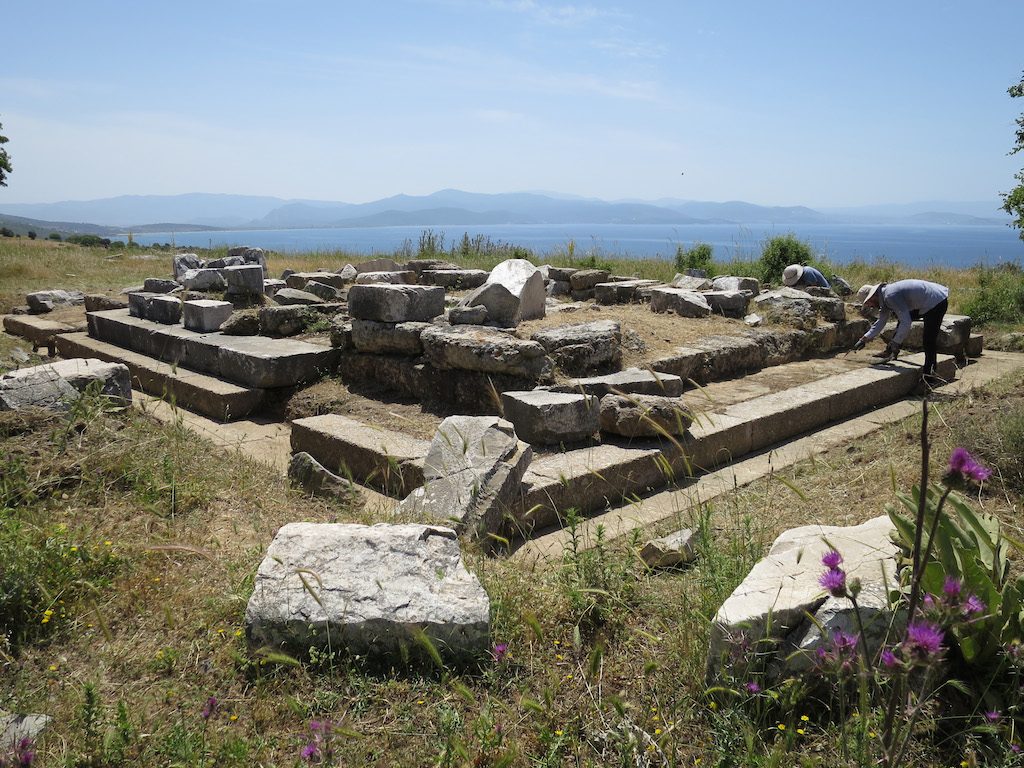 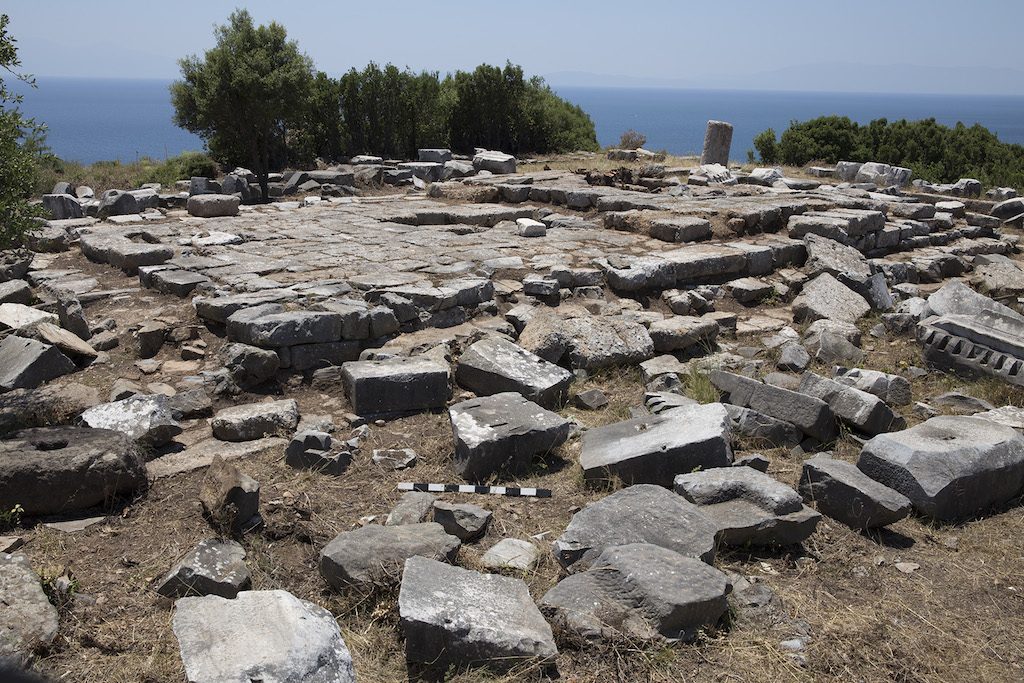 Remains of the Temple of Athena on the west promontory 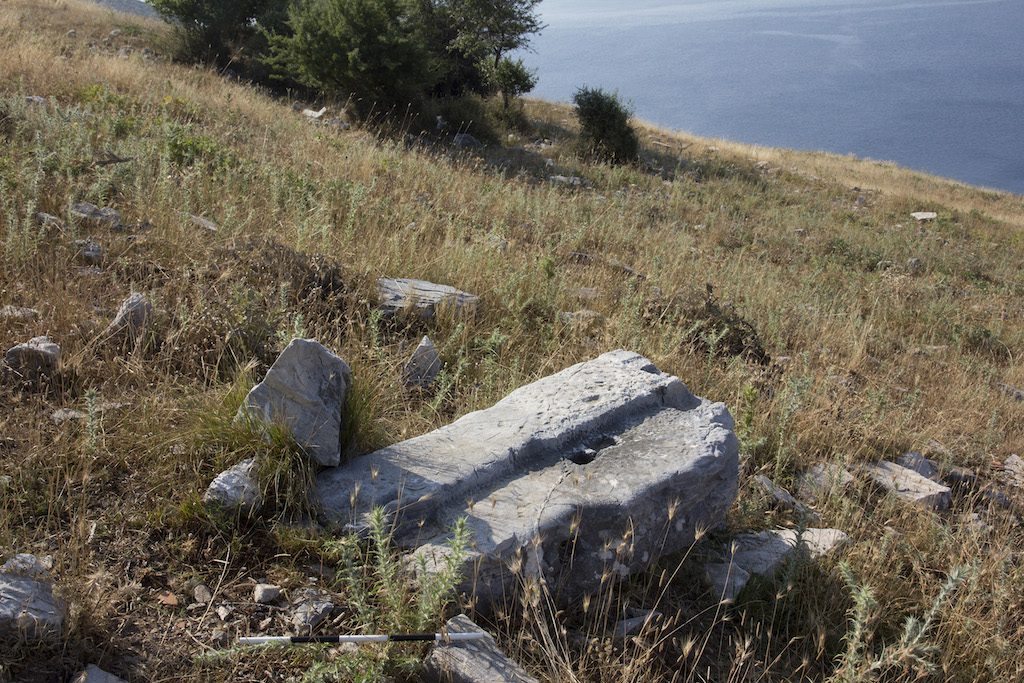