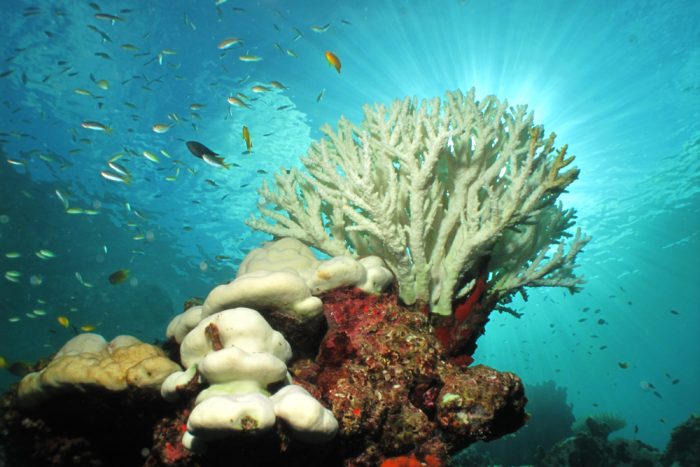 Coral bleaching occurs when coral polyps expel algae that lives inside their tissues. Normally, coral polyps live in an endosymbiotic relationship with the algae and that relationship is crucial for the coral and hence for the health of the whole reef. [1] Bleached corals continue to live. But as the algae provide the coral with 90% of its energy, after expelling the algae the coral begins to starve.[2] Above-average sea water temperatures caused by global warming have been identified as a leading cause for coral bleaching worldwide.[2] Between 2014 and 2016, the longest global bleaching events ever were recorded. According to the United Nations Environment Programme, these bleaching events killed coral on an unprecedented scale. In 2016, bleaching hit 90 percent of coral on the Great Barrier Reef and killed between 29 and 50 percent of the reef’s coral.[3][4] In 2017, the bleaching further expanded to areas of the park that were previously spared, such as the central one.[5][6]