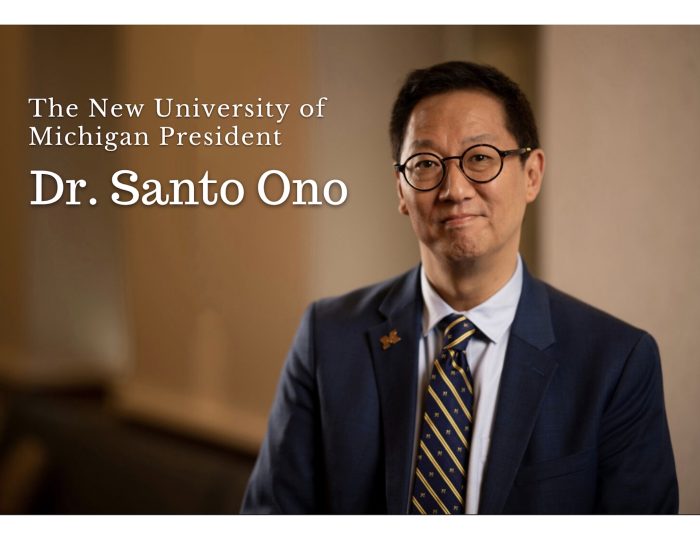 After a months-long search for a new president, the Regents of the University of Michigan announced that they had selected Dr. Santa Ono for the position. We’d like to extend a warm welcome to our newest president, and there’s only one way we know how to: quantitatively.

5: Dr. Ono will serve a five-year term as president. All presidents at the University of Michigan serve five-year terms at the behest of the Board of Regents, who have the authority to remove the president or offer another term. There are no term limits for university presidents, and most have served more than one term. A majority of presidential terms end with either a resignation for another position or a retirement (with some notable exceptions).

975,000: the starting salary for president has risen to $975,000. For context, former president Schlissel made $927,000 in his last year at the university, making this about a 5% increase in salary. If he stays in the position for several years, Dr. Ono may crack a million dollars a year.

2: If the Canadian birthplace and current posting in British Columbia didn’t clue you in, Dr. Ono holds dual American-Canadian citizenship. His appointments have spanned both nations, and he was educated in both, attending the University of Chicago for his B.A. and McGill University for his Ph.D.