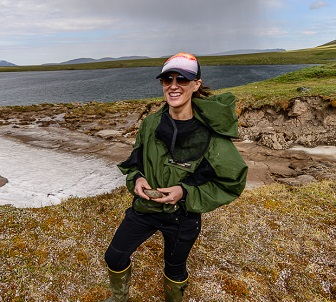 I am interested in the chemistry of naturally occurring dissolved organic matter (DOM) in freshwaters. These tiny organic molecules present in all water on Earth are a huge reservoir of carbon in organic form. I study how sunlight, microbes, and iron influence the conversion of this organic carbon to its inorganic form (carbon dioxide) in freshwaters. The large pools of DOM on Earth and their conversion to carbon dioxide are important in the global carbon cycle. I’m also interested in the sunlight-absorbing properties of DOM in freshwaters. DOM is the main sunlight absorbing material in waters on Earth, and when DOM absorbs sunlight many reactions can take place that influence water quality. For example, absorption of sunlight by DOM makes reactive oxidants and radicals that can be harmful to aquatic microbes. In collaboration with others at U of M, I’m now starting to study the influence of these sunlight-produced oxidants and radicals on microbial processes including the production of toxins by harmful algal blooms in Lake Erie.