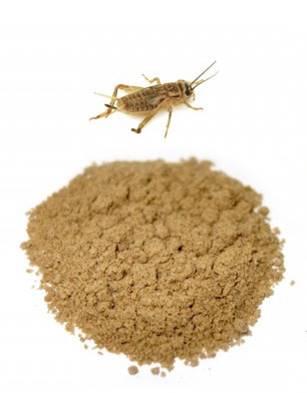 Entomophagy, or the consumption of insects, is widely practiced on a global level, but is uncommon in the United States. There has been promising research on the nutrition, safety, and sustainability of crickets as food, as well as research on cultural perceptions of entomophagy in Western countries such as Belgium, the Netherlands, and Australia. This paper addresses the question: What are the current perceptions of and deterrents to entomophagy in America, and what should be the next steps to encourage a greater acceptance and consumption of food products made with cricket flour? This research found that entomophagy within the context of cricket flour was more appealing than entomophagy in general. The survey also showed relationships between respondents’ gender and ethnicity and their views of entomophagy and cricket flour, as well as respective value placed on nutrition, taste, the environment, and familiarity while food shopping. The most common concerns about cricket flour were the taste and “it just grosses me out,” followed by concerns about the cleanliness and potential disease of crickets. The biggest determinants of subjects’ willingness to consider entomophagy and cricket flour were their levels of neophobia and food neophobia, and their previous knowledge or experience with entomophagy. High levels of food neophobia and neophobia in general were related to negative views of entomophagy and cricket flour, while previous knowledge and/or experience with entomophagy were related to positive views of entomophagy and cricket flour. The most promising means of promoting entomophagy were advocacy by well-known people, providing an opportunity to try a sample, ensuring that cricket flour products are similar to familiar foods, and the creation of legislation or certification procedures to widely establish the safety of insects as food. A tentative description of the most promising demographic for the acceptance of cricket flour is white males who value nutrition and the environment, with an openness to trying new things, who are not opposed to eating animal products, and with previous knowledge or experience with entomophagy. Read the full text here