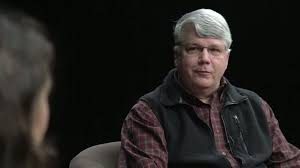 Ray De Young is a lover of the Midwest, a scholar of localization, and a grandfather. Broadly trained as a psychologist, engineer, and planner, he describes himself as an idealist without illusions. While his academic interests have shifted over time, food has always been at the center of his life.

In what ways does your work relate to sustainable food systems? 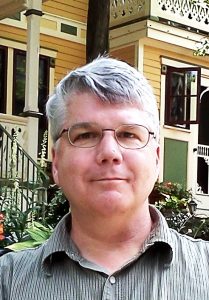 “Work on sustainable food systems didn’t touch my academic career until about 15 years ago. But outside of the university, food has been central to my work. The Michigan food system had a crisis in 1973 when a fire retardant, PBB, got mixed into the food system. We couldn’t eat the the milk, meat, or cheese — everything was contaminated. As a result, my wife and I got involved with organic foods. That led us to food co-ops in Oakland County, where I eventually became the president of a store-front co-op and then became involved with the Michigan Federation of Food Cooperatives here in Ann Arbor. My wife and I live in a local housing co-operative with an integrated community garden, so our daily living pattern became a part of this, too… All because of this PBB accident, we made food what we do.

My return to school in the early 1980s began with a focus on intentional agriculturally-based communities. But over time, I shifted to focus on environmental psychology and behavior change strategies. By the mid-80s to the late-90s I worked on motivating durable behavior change. Slowly, I reawakened to how fundamental food is to sustainable communities, and how powerful food is as an entry point for behavior change efforts. By 2000, I got back into local food and agriculture.  Now Tom Princen and I co-teach a fall course on Localization, with a focus on biophysically-based policies, planning, and behaviors that includes the study of agriculturally sustained communities. 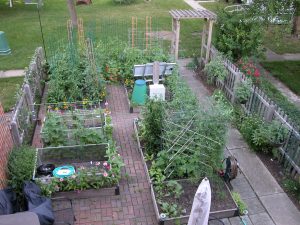 We study transition towns, ecovillages, cohousing, cooperative settlements, all with provisioning as a core issue.

The growth of the University of Michigan Sustainable Food Systems Initiative and Sustainable Food Program is just amazing. I really feel like I am in the right place at the right time. Now students want to mix psychology, food, environment, and activism… they want to go out and make something happen. Make changes with food as a starting point. It has been a dream come true.

There is plenty to be pessimistic about, there are plenty of things falling apart. But for some reason, a focus on food has created a place for optimism to grow. Intellectually, we know pessimism is justified, but our behavior, our collaboration, our action, the willpower we bring is making optimism possible.”

What is your strongest food memory? 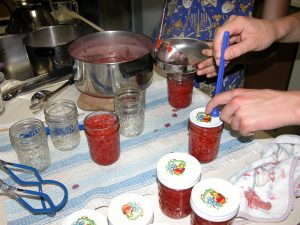 “My grandmother used to make a horseradish dish called chrzan. We’d all bring horseradish grown in our backyard to her kitchen, and she would cook it up, making the kitchen uninhabitable, except for a couple of relatives and friends who could stand the vapor from the grated horseradish. She’d produce these huge canning jars that each family would take home, and we would end the day with a huge picnic in the backyard.

I’m also a big believer in the power of everyday events. My wife loves cooking. I learned that when she’s content she starts humming under her breath. She almost always does that when she is dealing with food. Anytime my wife has ever cooked is also a very strong food memory.”

Have any particular authors, articles or documentaries had a significant impact on you? Which one(s)?

“The Limits to Growth by Meadows, Meadows and Randers changed my life in 1972. I was in engineering school when it came out and we too were doing extremely early modeling. I read it and thought, ‘Wow that’s going to change the world and  the way we view the future.’ It certainly changed my life.

I later read Wendell Berry’s Unsettling of America, which was the point where I made the shift to exploring agriculturally supported communities and agrarian lifestyles. I realized that I had been brought up in a family and a field-of-study (engineering) that considered the past as having nothing to teach us, not in any way useful as a model for the future. Berry showed me that parts of the past, if carefully used, could be a model of the future.There were elements of how we once lived that made more sense than how we were currently living.

Donella Meadows, one of the authors of the original Limits to Growth, wrote a piece in 1994 called “Envisioning a Sustainable World.” about the importance of envisioning where you want to be. Envisioning is not a skill often taught in the academic world, we focus almost exclusively on the process of problem definition and problem solution, but her thoughts shifted my perspective to a future-driven approach. Psychology develops this under the notion of prospection.” 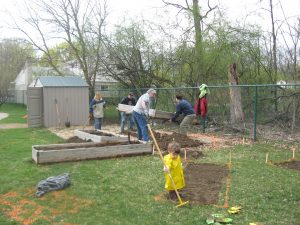 What’s your vision of an equitable, healthy, and sustainable food system?

“I’m always thinking about this question, what kind of world do I want for my grandkids, Lucy and Jude? I’d like a world in which sustainability, health, equity, and justice are so integrated into everyday living that we hardly have a need for those words. We will have crafted a sustainable food system that has elements that are local, regional, national, and international, but to them just seems normal. My shorthand for this vision is the well fed neighbor, using the broadest meaning of those words. We also will have figured out how to live well on a finite planet, without the hubris of assuming that we can continuously invent ever more clever ways of extracting non-renewable resources from its crust. I don’t want such a false premise to be their worldview. I instead envision a future that cleverly weaves together an updated version of  an agrarian lifestyle with the reality of the limits-to-growth argument.

What classes do you teach?