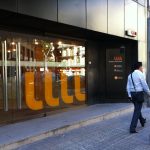 What is translated into English and why?

Tonight is the second panel of the series Translation at Work : Michigan Conversations on Literary Translation. Its topic is « Promoting Translated Literature in the US » and it will include a fascinating conversation about what gets published in the States and why. The speakers are all deeply engaged with the promotion of translation works, and with thinking critically about how to promote the translation of a diversity of languages into English for an American audience.

Here are the speakers bios:

Esther ALLEN is a distinguished translator and writer. She co-founded the PEN World Voices Festival in 2005, and guided the work of the PEN/Heim Tran-slation Fund from its inception in 2003 to 2010. She currently teaches at Baruch College (CUNY) and serves on the board of the American Literary Translators As-sociation (ALTA).

Laurence MARIE is a cultural attaché at the Embassy of France in the United States and the Head of French Book Office in New York City.

Jadranka VRSALOVIC-CAREVIC is a translator and editor. Since 2009, she is the director of the New York office of the Institut Ramon Lull, an agency responsible for the promotion of Catalan language and culture abroad.

And here are the details:

The event is free and open to all

Light refreshments will be served.

The Department of Comparative Literature wishes to thank the following sponsors for their generous support :

College of Literature, Science and the Arts

Institute for the Humanities