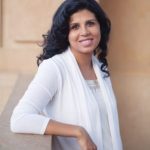 Dr. Yasmin Moll,  Assistant Professor of Anthropology at the University of Michigan, is the winner of the 2019 Martha Cheung Award for Best English Article in Translation Studies by an Early Career Scholar for her article entitled ‘Subtitling Islam: Translation, Mediation, Critique’, published in Public Culture 29/2 (2017).

Dr. Moll’s study examines subtitling practices at Iqraa, a satellite television channel designed to promote Islamic da’wa (‘outreach’ or ‘preaching’) within both Muslim-majority and Muslim-minority societies. It argues that the subtitlers see their task as twofold: to act as ‘cultural mediators’ responsible for countering perceived Western stereotypes about Muslims on the one hand, and, on the other, to transmit as ‘preachers by proxy’ correct and relevant religious knowledge to viewers when, at times, the Arab preachers they subtitle fail to do so. These translators feel authorized to contest through subtitles both external representations of Islam and internal interpretations of divine intent. Their acts of translation, and their internal debate at Iqraa, exceed the familiar Euro-American antimony of fidelity and betrayal. The article is based on extensive fieldwork and draws on and contributes to scholarship in media studies, translation studies and cultural anthropology. It demonstrates a fine-grained attention both to the actual and contingent ways in which subtitles are created and to the different motivations behind their creation, showing how translation on Islamic television is entwined in multiple stakes at multiple scales, whether those are aspirations for professional excellence, desires for a more just geopolitical order, or longing for divine salvation.