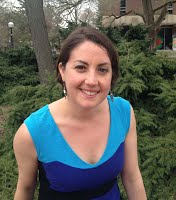 Natalie grew up in Australia, where she completed her B.Sc (Psychology) with 1st Class Honours at the University of New South Wales. After graduation, she moved to Yale University for her PhD and has been on this side of the world ever since. Natalie conducted her dissertation research under the tutelage of Jane R. Taylor, PhDon mechanisms of memory reconsolidation. She subsequently worked as a post-doc with Jelena Radulovic, MD, PhD at Feinberg School of Medicine, Northwestern University, examining the signaling mechanisms and stress-enhancement of context fear conditioning. When it's not too cold, she's often outdoors, running, biking, or swimming.
Curriculum Vitae

Ashley graduated from Northern Michigan University with a B.S. in Psychology & Sociology. At NMU, Ashley worked with Dr. Adam Prus studying the effects of novel antipsychotic drugs in animal models for improvement of cognitive deficits that are prevalent in patients with schizophrenia. Specifically, she looked at the effects of neurotensin-1 agonists in working memory, attention, and depression paradigms. Ashley is particularly interested in cytokine and downstream signaling in response to stress and inflammation, and sex differences in signal transduction mechanisms underlying memory formation. In her free time Ashley enjoys traveling, comedy shows and board games.

Daria is a graduate student in the Neuroscience Program at the University of Michigan. She is a candidate in the Tronson laboratory in the Biopsychology Department, studying immune modulation of memory. Her current research focuses on the long-lasting effects of a sub-chronic, systemic inflammatory event on memory processes. Daria graduated from Connecticut College with a double major in Behavioral Neuroscience and Psychology. In her free time, Daria enjoys traveling and catching up on her favorite shows. 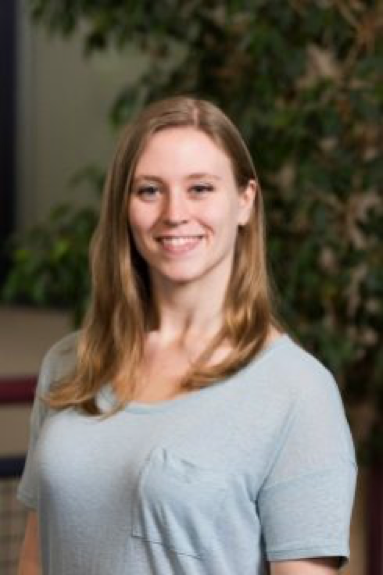 Caitlin is currently a graduate student in the Biopsychology area of Psychology at the University of Michigan. She obtained both her B.S. and M.S. in Neuroscience at the University of Delaware where she studied the effects of pregnancy and stress on the function of the neuroimmune system and depressive-like behaviors in female rats under the direction of Dr. Jaclyn Schwarz. Caitlin’s primary research interests are to understand the mechanisms underlying inflammation in the brain and how aberrant neuroimmune signaling subsequently affects cognitive processes. Currently, she is studying the effects of acute immune activation on intracellular signaling cascades and astrocyte function in the context of memory formation and retrieval. In her “spare” time, she enjoys watching Netflix, regretting her decisions to watch Netflix, and anything that involves pesto.

Brynne is a graduate of the University of Michigan where she majored in Cellular and Molecular Biology with a minor in Biological Anthropology. As an undergrad, Brynne began pursuing her interests in research by joining the lab of Dr. Laura Olsen studying PTS2 receptor signaling in plant-specific peroxisomes. She has also worked in the Pathology lab of Dr. Richard Miller as an animal technician. Brynne joined the Tronson lab in March 2016 and couldn’t be happier. At present, she is working on elucidating the molecular mechanisms/signaling involved in memory retrieval in context-fear conditioning by studying the lateral septum. In her free time, she enjoys watching questionably terrible reality television and nature programs about primates (Gelada baboons are awesome), sleeping, and reading comic books.

Rosa graduated with High Honors in Neuroscience in May 2018 after completing her thesis in our lab. 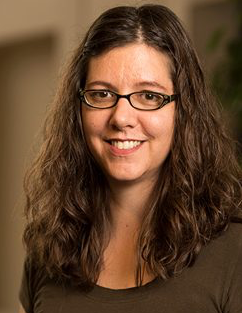 Katie is currently a Technical Writer at Cayman Chemicals

Dana graduated with Honors in Biopsychology, Cognition, and Neuroscience in May 2018 after completing her thesis in our laboratory.

George graduated with Honors in December 2017 after completing his thesis in our laboratory.

Pauline graduated with Highest Honors in Biopsychology, Cognition and Neuroscience in December 2017 after completing her thesis in our laboratory. She is currently working as a technician in the Cone Laboratory at University of Michigan.

Rachel is an undergraduate student majoring in Biomedical Engineering and minoring in Physics. Rachel does not have an formal lab experience, and is soaking up all of the information she can while in lab! Rachel spends her summers as a camp counselor. In her free time, Rachel volunteers at C.S. Mott in the Pediatric Infusion unit and enjoys playing tennis.

Allie is an undergraduate student majoring in Cellular and Molecular Biology and minoring in Gender and Health. Allie had no lab experience before joining Tronson Lab and enjoys learning new things everyday in lab. On campus, she participates in Global Brigades, Pre-Medical Club, and What the F Magazine. In her free time, Allie likes to exercise, cook, read, and watch reality TV.

Mara is an undergraduate majoring in Neuroscience and minoring in International Studies. She joined Tronson Lab as junior without any formal lab experience. She has greatly enjoyed learning from such a supportive group, and will be completing her senior honors thesis studying sex differences in memory formation. Mara also works as an SLC Facilitator, and is involved with Armenian Students’ Cultural Association and Alpha Epsilon Delta, a Pre-Health Honor Society on campus. In her free time, she enjoys working with children, running with her dog (or after her dog?) and reading Harry Potter for the tenth time. Lacie Turnbull is a graduate of the University of Michigan. She is received Highest Honors Neuroscience major and a minor in Gender and Health. Lacie is highly involved here at the University and is a member of the Phi Rho Alpha Sorority where she served on the Executive Board; member of the University of Michigan Ballroom Dance team where she and her partnertook 1st at many competitions and was awarded a scholarship at the Arnold Classic; dedicated member of New Life Church; member of the IM Flag Football Team; and an a philanthropist who takes part in many volunteering events around campus and with her sorority. Lacie is also currently working on an honors thesis in the lab examining Memory Reconsolidation. In her free time, Lacie enjoys cheering on the Michigan Football Team, dancing, and staying active. After graduation, Lacie plans on taking a year off before Medical School when she will be continuing research and studying abroad.

Elissa began her scientific career working with Dr. Linda deGraffenried at The University of Texas Health Science Center San Antonio (UTHSCSA) as a high school student investigating molecular mechanisms associated with tamoxifen resistance in breast cancer cells for potential adjunct treatment. She then attended Baylor University for her undergraduate training, while she continued working with Dr. deGraffenried during the summers. She earned a B.S. in Neuroscience and Biochemistry from Baylor University and continued her training at The University of Texas at Dallas as a graduate student. Her dissertation work was supervised by Dr. Tres Thompson where she earned a PhD in Cognition and Neuroscience studying the modulation of hippocampal dependent memories due to emotional arousal. In her free time, she is an avid follower of the San Antonio Spurs and she enjoys playing many competitive sports.

Ian graduated from the University of Michigan with a degree in neuroscience as a member of the class of 2011. Before coming to the Tronson Lab, he spent three years working in the lab of Dr. Martin A. Philbert, focusing on nanoparticle protein modifications and the role of glia in neurotoxicity . He enjoys long walks on the beach, cable movies, and eating carbs. Ian is now at Michigan State University in medical school