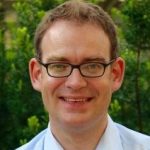 Dr. Warneken studies the origins of human social behavior, with a focus on the evolution and development of cooperation and morality. He conducts developmental and cross-cultural studies with children, as well as comparative studies with non-human apes. He completed his Ph.D. and postdoctoral training at the Max Planck Institute for Evolutionary Anthropology in Leipzig, Germany. Before coming to Michigan, he was an assistant and later associate professor of psychology at Harvard University.

Dr. Warneken has received several awards, including an NSF CAREER Award, a Janet Taylor Spence Award for Transformative Early Career Contributions from the Association for Psychological Science, and a Boyd McCandless Award from the American Psychological Association.

Sebastian studied psychology at Northumbria University and the University of St Andrews in the UK, and completed his PhD at the Max Planck Institute for Evolutionary Anthropology in Leipzig, Germany. His research investigates the developmental and evolutionary origins of human cooperation. To this end, he adapts game theory paradigms for experimental studies with children and nonhuman great apes, particularly chimpanzees. Using this approach, he aims at uncovering the cognitive and motivational components underlying cooperative decision-making in humans and our closest evolutionary relatives. 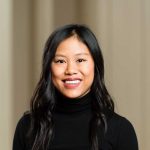 Nicole received her B.S. in Psychology, B.A. in Plan II Honors, and then completed her Ph.D. in Cognitive and Developmental Psychology at the University of Texas at Austin. Nicole is interested in the development of social cognition and is particularly interested in the role of cultural conventions in children’s prosocial behaviors and cooperation with in- and out-group members. Nicole’s dissertation research explored how children identify and acquire rituals to affiliate with social groups and how evaluations of imitation in social learning differ across the lifespan and cultures, in the U.S. and Vanuatu. 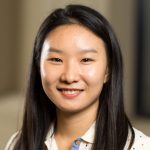 Young-eun is a PhD student in Developmental Psychology at the University of Michigan. She got her bachelor’s degree in Psychology at Yonsei University, South Korea. Prior to joining UM, she received her master’s degrees in Psychology from Yonsei University and Harvard University. Young-eun studies the development of altruistic punishment in children. She is particularly interested in children’s enforcement of social norms (e.g., fairness norms) and its underlying mechanisms. 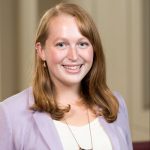 Sarah is a second-year PhD student at the University of Michigan. She received her B.S. in Psychology with Honors from the University of Pittsburgh in 2017 and subsequently worked as a Project Coordinator at the University at Buffalo. Currently she is studying the cognitive and affective mechanisms influencing helping behaviors in infants and toddlers using novel eye-tracking methodology. 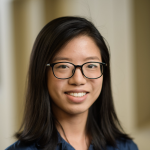 Caiqin received her BA in Psychology and Economics from Wellesley College. Prior to joining U of M, she had been an undergraduate RA in the Computation and Cognitive Development Lab at Yale University. She is broadly interested in how children learn about both the self and the world through different social interactions. Her current project investigates the cognitive mechanisms underlying children’s reciprocity-based cooperation. 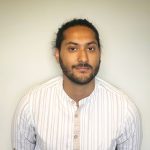 Mihir received his bachelor’s degree in psychology from Dickinson College and has studied stigma and its effects on smoking behavior. He was also a summer research assistant for the Social Minds Lab in 2018, where he studied development of cooperation in children. Mihir is interested in social cognition, cooperation and metacognition in primates.