I write, teach, and speak on aspects of Hellenism in modernity, from Modern Greek language, literature, and culture to graffiti, Greek myth in film, and the encounters of living Greeks with people who visit Greece and imagine themselves among the ancients. I hold the C. P. Cavafy Professorship in Modern Greek and Comparative Literature endowed by the Foundation for Modern Greek Studies. Besides directing the Modern Greek Program, I am currently chairing the Department of Classical Studies.

My new book, Eva Palmer Sikelianos: A Life in Ruins, a cultural biography, follows the course of an American performing artist’s life as she makes herself Greek in her movements, voice, dress, sexuality, politics, and directing, and so becomes a medium of classical receptions. 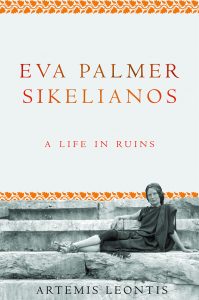