On Monday, the Dinosaur Explorers learned what a dinosaur is and the criteria need to determine this! We started with an activity led by Bo where the children had to guess what model was a dinosaur and which one isn’t based on the characteristics Bo taught them. Then, the children became Triceratops with their Triceratops masks! After that, they built their own dinosaurs out of cut-out foam pieces. We finished by mimicking a dinosaur’s walk with our dinosaur movement dice. 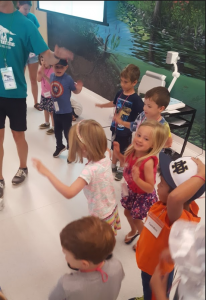 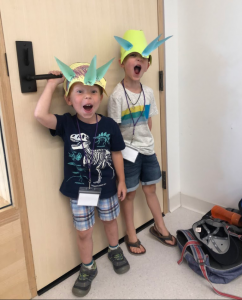 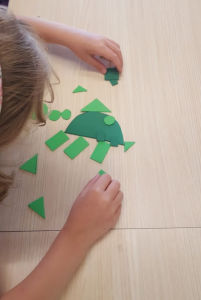 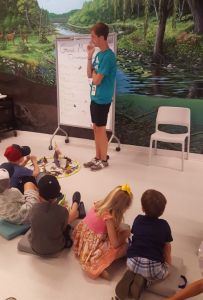 Tuesday was Dinosaur Fossils day. The Little Explorers looked and held dinosaur claws while discussing their adaptations; they even got to touch an Ankylosaurus tail club! They made trace fossils using play-doh and cookie cutters while learning not all dinosaurs fossilize. Next, the Little Explorers built a dinosaur out of paper towel tubes on the ground which required a lot of teamwork! We ended the day with using our imagination and memory to create create dinosaur skeletons out of Q-tips. 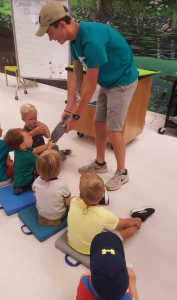 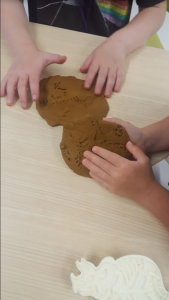 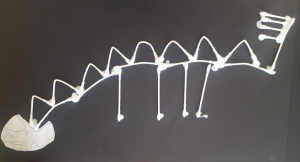 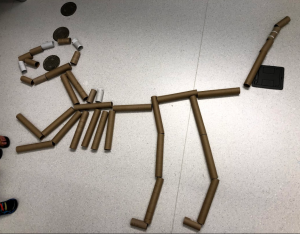 Wednesday was all about dinosaur teeth! The Dinosaur Explorers started their day with a tour of the museum’s Evolution Gallery learning about the different kinds of teeth dinosaurs had and why. They then were able to touch some teeth and see what made each one unique! After that, we played an exciting round of Dinosaur Bingo and learned about a few more lesser known dinosaurs. The day ended with the children being able to paint their own tooth cast! 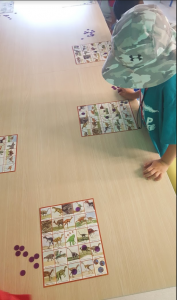 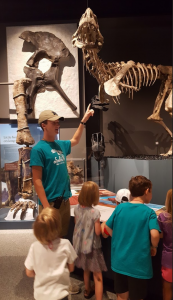 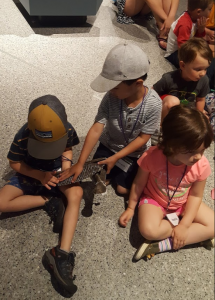 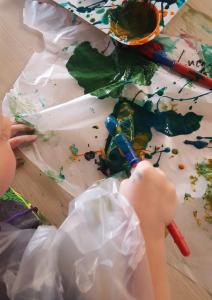 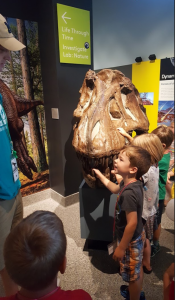 We focused on dinosaur sizes on Thursday. The children got to visually see how tall or small a dinosaur was by measuring out string in our Lower Level Lobby. One of the counselors even went up to the first floor to show that some dinosaurs were really tall! Then the children played a dinosaur matching game! Our next activity was working to stay within the lines to create a dinosaur out of tissue paper. Our final activity was dinosaur draw where the Little Explorers got to create their own dinosaur by rolling some dice and whatever number was rolled corresponded to a dinosaur characteristic they had to draw. 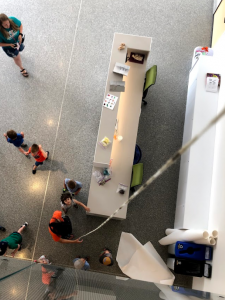 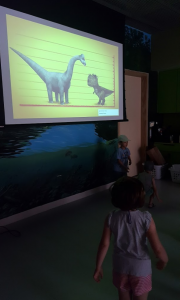 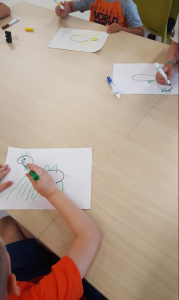 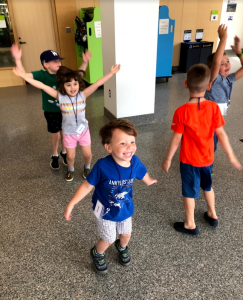 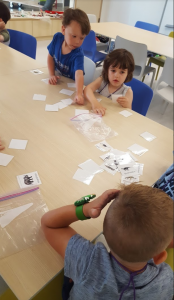 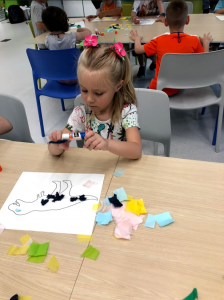 On Friday, we focused on the scientists who discover dinosaurs and other ancient animals – Paleontologists! With the help of Ms. Brittany, we learned what tools Paleontologists need to conduct their work. The Little Explorers also created their own Paleontology hats for when they went digging for fossils in our Dig Box for fossils! Friday ended with creating a Paleontologist for them to take home. 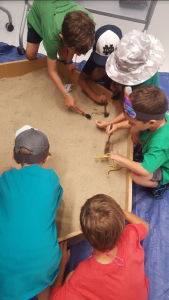 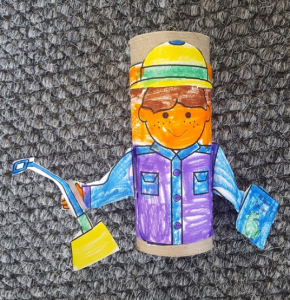 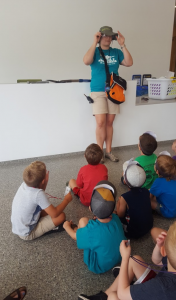 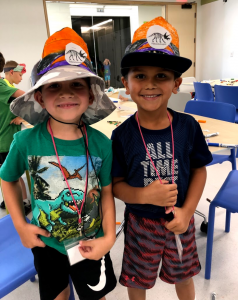