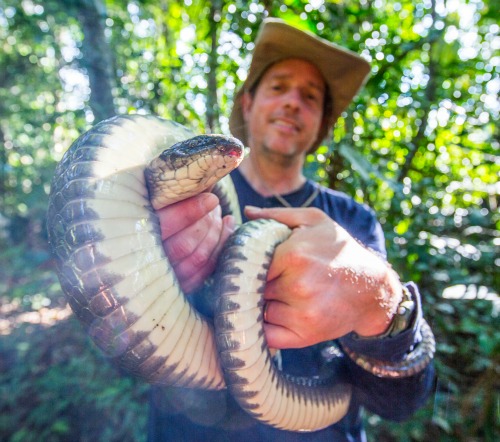 Christopher Dick is a Professor and Curator of EEB, He is currently Director of the U-M Herbarium (MICH) and Museum of Zoology (UMMZ). Chris did his PhD at Harvard-OEB on tree genetics in Amazon forests. His post-doc at the Smithsonian Tropical Research Institute was focused on the phylogeography of Neotropical trees. 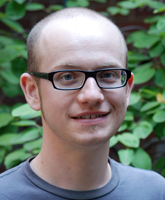 Jordan Bemmels is an NSF Doctoral Fellow and Canada NSERC Fellow. He employs methods of statistical phylogeography to understand the biogeographic history of North and South American tree species. Learn more about Jordan's research at his website. 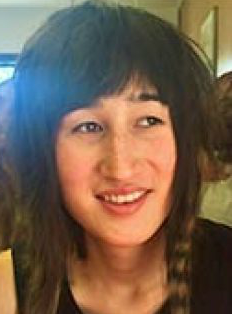 Caroline is developing phylogenetic methods that incorporate continuous characters from fossil and extant taxa. Caroline was a UM undergrad (working the Smith and Dick labs) before entering the PhD program in 2015. 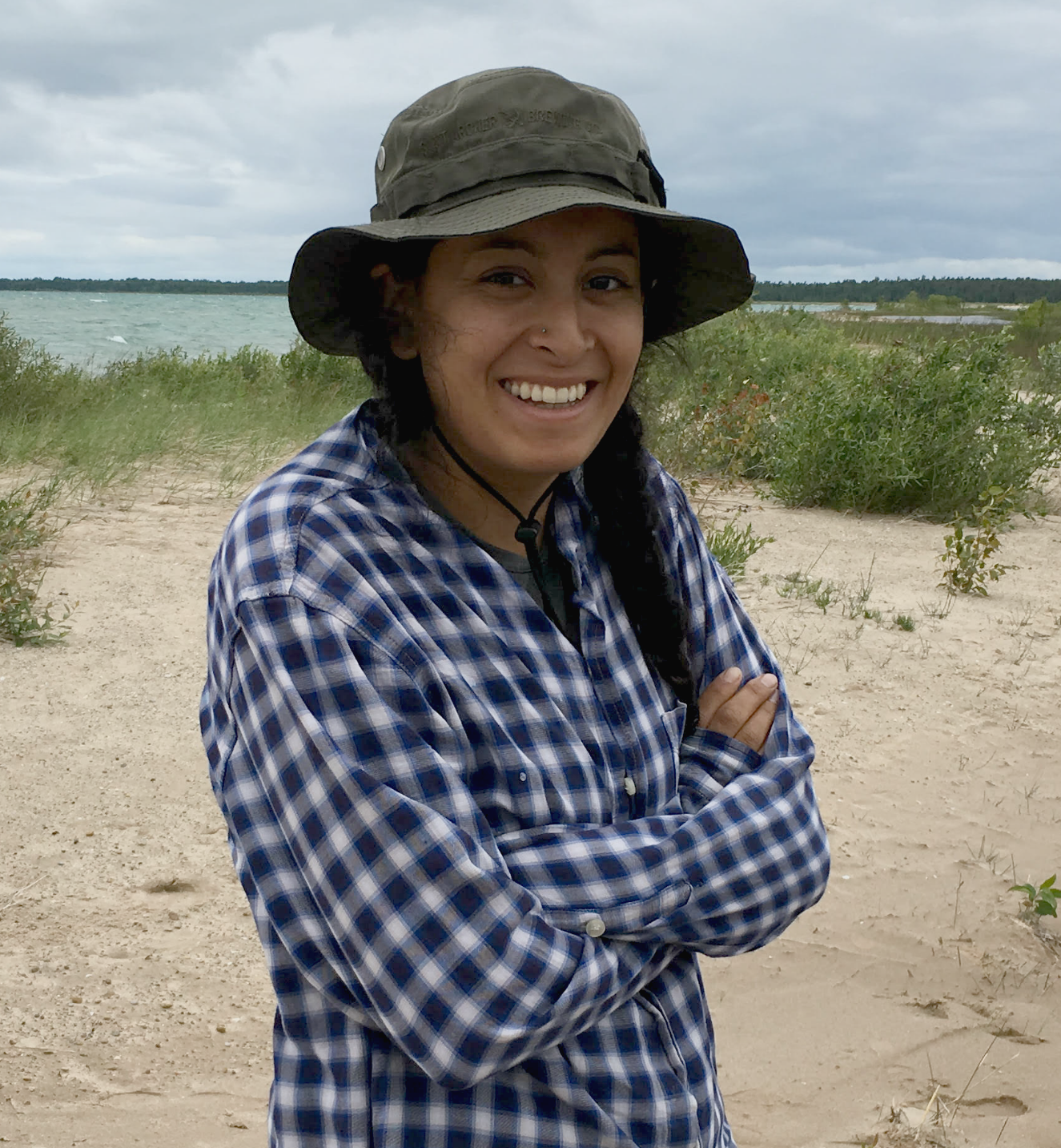 Stephanie is interested in agro-ecology, especially as it pertains to bats and the variety of coffee known as Geisha. Stephanie is in the Frontiers Masters Degree Program (since 2016). 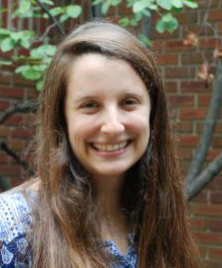 Tamara is interested in tropical plant ecology and conservation biology. Before starting as a UM-EEB PhD student, Tamara spent two years as a Peace Corps volunteer in Paraguay, where she learned to speak Guaraní. Tamara is co-advised by Robyn Burnham. 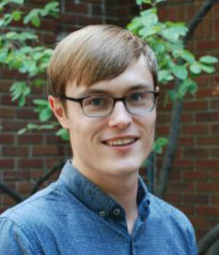 Drew is interested in plant adaptation and the interface between biogeography and phylogenomics. He is co-advised by Stephen Smith. 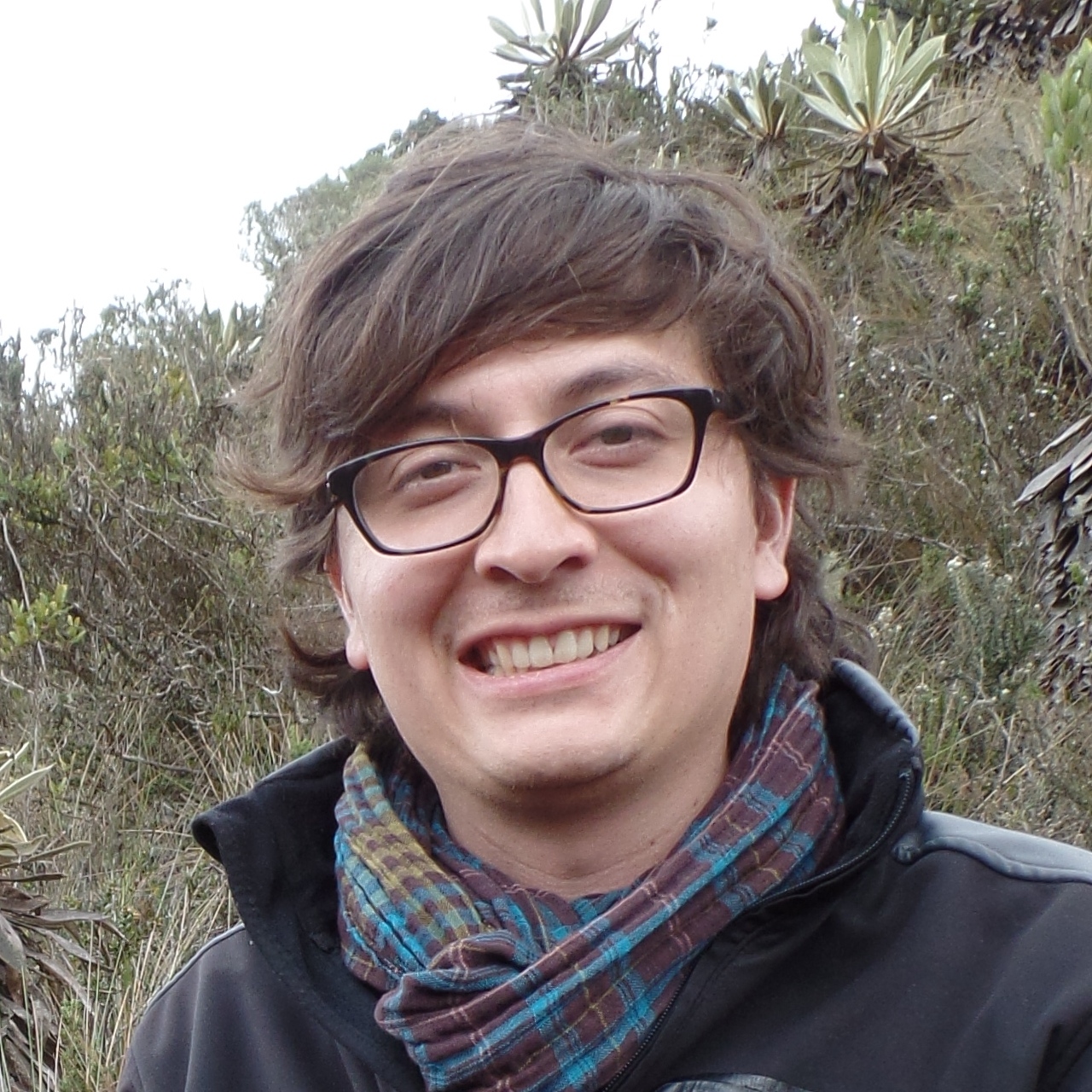 Oscar obtained his PhD from the UT Austin, where he worked on the systematics of the Andean plant genus Diplostephium (Asteraceae). He will be working the NSF-funded Dimensions of Amazonian Biodiversity and Andean-Amazon Geogenomics projects. Oscar is jointly supervised with Stephen Smith. 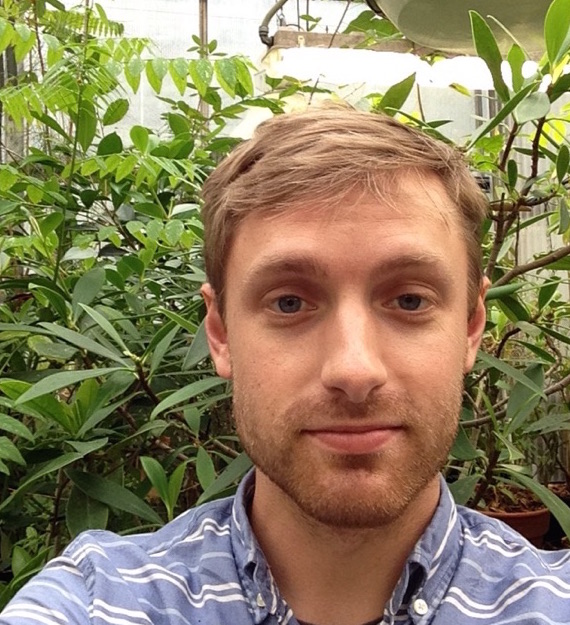 Greg was awarded an NSF post-doctoral fellowship and will work jointly between the Dick lab, Smith lab and U-M Herbarium (see news item). Greg is completing his PhD in the Soltis lab and will begin his post-doc in January 2017.

James Pease was a post-doc on the Geogenomics project from 2015-2016. He is now an assistant professor at Wake Forest University and continues collaboration with the Smith and Dick labs.

Ashley Thomson worked in our lab as a visiting PhD student studying birch phylogeography, and returned as a post-doc in 2015-2016 with funding from Dimensions of Amazon Biodiversity grant to study Lecythidaceae genomics. Ashley now has a permanent Forest Ecologist position in Canada.

Alison Gonçalvo Nazareno was a visiting post-doc from the Lohmann Lab at the University of São Paulo in 2015 and 2017. Alison developed RADseq markers to test the Riverine Barrier Hypothesis as applied to Amazonian plants.

Kasso Dainou completed his PhD at the Université Libre de Bruxelles in Belgium, and was a visiting Post-doctoral Fellow in 2012. Kasso, a native of Benin, is interested in the population genetics of tropical tree species.

Juanita Choo obtained her PhD from the University of Texas at Austin. Juanita is interested in the implications of the loss of large vertebrates for the community ecology and genetic structure of tropical forest trees.

David Kenfack was a Post-Doctoral Researcher from 2008-2009. David does research on the systematics, ecology and population  genetics of tropical  forest trees. David currently coordinates activities of Center for Tropical Forest Sciences in Africa

Ikuyo Saeki was a visiting scholar from Tokyo Metropolitan University in 2008-2009. Ikuyo studied the comparative phylogeography of maples in collaboration with Emeritus Prof. Burton V. Barnes.

Hoa Tran was a visiting Scholar from the Institute of Agricultural Genetics, Hanoi, Vietnam from 2008-2009. Hoa is interested in evaluating genetic variation in economically important tropical tree species in Vietnam.

Xiao-Hong Yaois an assistant professor in the Wuhan Botanical Garden of the Chinese Academy of Sciences. Xiao-Hong developed genomic DNA markers for use in population genetics and phylogeography of Ficus and other Moraceae.

Katrin Heer was a visiting PhD student from the University of Ulm, Germany (advisor, Elisabeth Kalko). Katrin studied the genetics and ecology of pollen and seed dispersal in Neotropical figs (Ficus).

Jess Peirson (coadvised by Tony Reznicek) got his PhD in 2009. Jess studied the Holocene biogeography of goldenrods (Solidago simplex species group) across North America. Jess in now a lecturer in EEB.

Shalene Jha (coadvised by John Vandermeer) was the first PhD to graduate from the Dick lab. Shalene studied gene flow of native trees located in shade coffee farms in Chiapas, Mexico. Shalene is now an assistant professor at University of Texas at Austin.

Roosevelt García-Villacorta initiated studies of comparative phylogeography of figs and associated wasp pollinators in Panama and Peru. Roosevelt is doing his PhD at the University of Edinburgh.

Susana Pereira was our first lab manager from 2006-2007. Susana organized the lab startup and trained a large cohort of students. She is now living in Germany.

Hope Draheim was our lab manager from 2007-2009 – she trained many students in the lab and authored a paper on Virola microsatellites. Hope is now a PhD student at Michigan State University.

Saji Abraham was lab manager from 2010-2012 and is now in the UM Med School. Saji hails from India, where he coordinated germplasm resources for the rubber tree, Hevea brasiliensis.

Kathryn Anne Uckele worked with Brian Sedio in summer 2011 as an NSF REU fellow under the ED-QUE2ST program. Kate has interests in tropical biology and creative writing. Kate also did an internship at the Smithsonian Tropical Research Institute in Panama in summer 2012.

John Schroeder came to the lab through the UROP program in 2008. He did field work in Panama in 2009 and 2010 in with REU funds from NSF and completed an honors thesis on the population genetics of the tropical tree Pouteria reticulata. John began his PhD in Biology at Stanford starting in 2013.

Melissa Cui helped develop microsatellite DNA markers for the neotropical nutmeg tree Virola surinamensis as an undergrad intern. Now she’s a PhD student in the Medical School of the University of Michigan.

Eben “Blake” Hogdin participated in Brian Sedio’s research on community phylogeny of the tree genus Psychotria in Panama in 2008 with REU supplement funds from NSF. Blake is a student at the University of Idaho