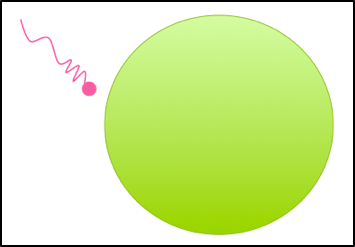 During the first week of this course, I jumped at the chance to lead a discussion on the evolution of anisogamy. I wanted to share research I first encountered at a conference in August — results from a lab that works in algae systems which have natural variation not only in sex determination mechanisms and but also in the presence of sexes themselves.

A large number of sexually reproducing organisms (mostly fungi, algae, and single celled organisms) have sex but not sexes. How is this possible? We define sexes (male and female) based on differential gamete size. Females produce large, sessile gametes, and males produce small, motile gametes. The term anisogamy describes the phenomenon of two dramatically different gamete sizes in a sexually reproducing species. When individuals reproduce sexually and produce similarly sized gametes, they are isogamous (same sized gametes). In isogamous populations, an individual’s genotype, or mating type, determines its partners for exchanging genetic material. Mating types prevent organisms from exchanging genetic material with similar individuals, since two individuals of the same type can not mate. Populations can have a great number of mating types, or they can simply have two. But the vector of genetic material — that is, the gamete — has the same size regardless of mating type. Many fungi and bacteria reproduce with mating type systems.

For materials and information on teaching sex- and gender-related topics in biology see www.projectbiodiversify.org/sex

Reposted with permission with the caveat that these posts are several years old and Project Biodiversify and other efforts like Gender Inclusive Biology and other LBGTQIA2+ people are always working to improve and update.