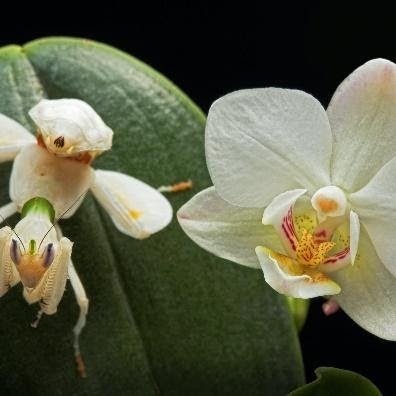 Most of us have likely experienced that honest mistake of dressing in a way that makes us feel out of place. Maybe you dressed too formal for a casual outing for friends, or you accidentally wore sweatpants to an event that required slacks.

Regardless of the event, the feeling is the same: wishing you could just fade into the background. Many animals have the same wish, and some of them take “fading-away” to a new extreme.

Cryptic coloration, or camouflage as most people call it, is an important characteristic that greatly affects animals. It impacts how well they can survive and reproduce. Camouflage is a surprisingly common trait that many animals have. It is seen in all kinds of animals from small stick bugs to large zebra herds. Camouflage helps them sneakily attack prey and hide from their predators. Often when we say that an animal is camouflaged, we are describing animals that have color patterns that look like where they live or like another more dangerous animal. Some animals do so by being born with certain color patterns that match a background, other animals can change their appearance to match their habitat. One example are orchid mantises (pictured above) which look exactly like the white and pink flowers where they hide and hunt unsuspecting insects.

Camouflage is well studied in many sea creatures, like octopi or cuttlefish, and in plenty of insects, like katydids. However, scientists have recently found a handful of spiders that can change colors to camouflage. One of these species is the green lynx spiders (pictured left), a medium sized spider that can be found in your own backyard. Yet, despite how widely spread this spider is, there is little information on how they camouflage. Current research is testing how drastic their color change is and how fast this change occurs. Scientists currently speculate that they can change the color patterns on their abdomen to match the flowers they sit on in as fast as two weeks.

Understanding how these spiders change colors expands our knowledge about this species of spider that, despite its wide habitat, so little about it is known. Additionally, it provides some information on how spiders camouflage in general. However, the more general application of this research is how it contributes to our understanding of the evolution of camouflage. The evolution of camouflage is fascinating and studying how camouflage happens in different species can give scientists clues on why it occurs in only certain species. Additionally, it will help our understanding of when it could occur, in other terms, what might lead to a species using camouflage. In the end, regardless of the difference animals have in their own way of fading away, investigating cryptic coloration can help provide answers to a number of questions.